In strong markets even forced sales are ‘very likely’ to deliver capital gains to vendors who can’t service their mortgage.

That’s the message from RIskWise Property Research following analysis of the housing market in Australia.

In strong housing markets, such as Victoria and NSW, the vast majority of postcodes that had high default rates in 2015 had delivered ‘very healthy capital growth’ which exceeded the Australian benchmark.

And this means the risk of forced sales and the inability to refinance is much lower.

Our research shows that a large number of postcodes in NSW and Victoria which had high default rates also had strong capital gains.

This means that in strong property markets high rates of credit defaults do not lead to price reductions.

While loan applications should definitely be thoroughly reviewed, the default rate, by itself, does not necessarily mean projected price reductions.

The impact of high default rates needs to be assessed jointly with many other factors that set the overall strength of the market.

The table below shows the capital growth for houses and units in the past three years for high credit default postcodes: 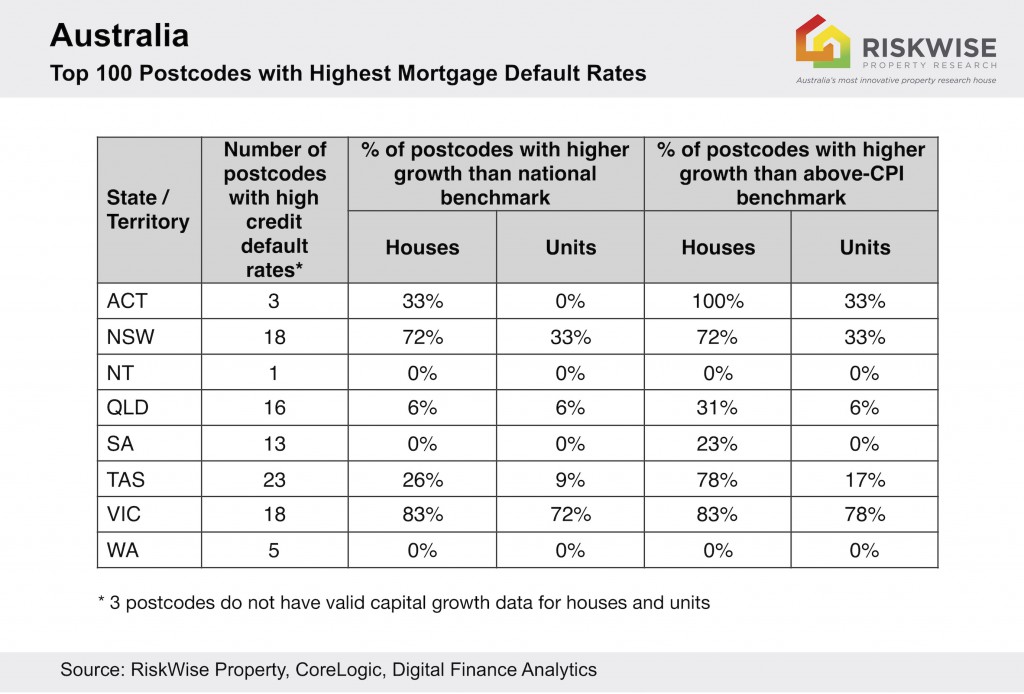 For example, in Victoria, 15 out of 18 postcodes, outperformed the national benchmark for capital growth for houses and for units 13 out of 18.

Victorian postcodes such as Broadmeadows, Endeavour Hills, Gladstone Park, Mt Evelyn and Bunyip all suffered from high default rates but can be seen to deliver ‘very strong’ capital growth.

Analysis showed it was evident the majority of the postcodes with high default rates had achieved capital growth of at least 3 per cent per annum which exceeded the CPI benchmark by 1 per cent.

This included Tasmania where houses in 18 of the 23 postcodes with high default rates had outperformed this benchmark.

However, he said it was important to note there was a significant difference between houses and units in some areas and in Tasmania only four postcodes for units had outperformed the benchmark.

This is because houses and units are not fully substitute products and units do not have the same appeal for families looking for at least three bedrooms, two bathrooms and a decent-sized block.

In postcodes with weak property markets, oversupply and overall poor demand for housing, there was a strong connection between poor or negative capital growth to high rates of default, particularly in mining areas following the end of the mining boom.

This left many owners exposed to significant equity risk as well as cashflow risk due to very low rental incomes and very high vacancy rates – a major factor in mortgage stress and defaults.

So, while it’s true that if there are arrears you can have forced sales and therefore price corrections, this is not necessarily the case in all property markets.

In fact, the number one factor that will determine price corrections or not is the strength of the housing market, combined with the accrued equity of the mortgage holders.

If you have negative equity combined with a weak market obviously defaults have an impact, but if the market is strong and equity is high in dollars and percentage, you will probably not see price reductions as a direct result of credit defaults.

Most property experts took a blanket approach to credit defaults with no distinction between strong and weak markets.

However, he said when there was a strong market, such as in Greater Sydney and Greater Melbourne in 2015 there was solid capital growth, which meant most property owners would now enjoy good levels of equity. 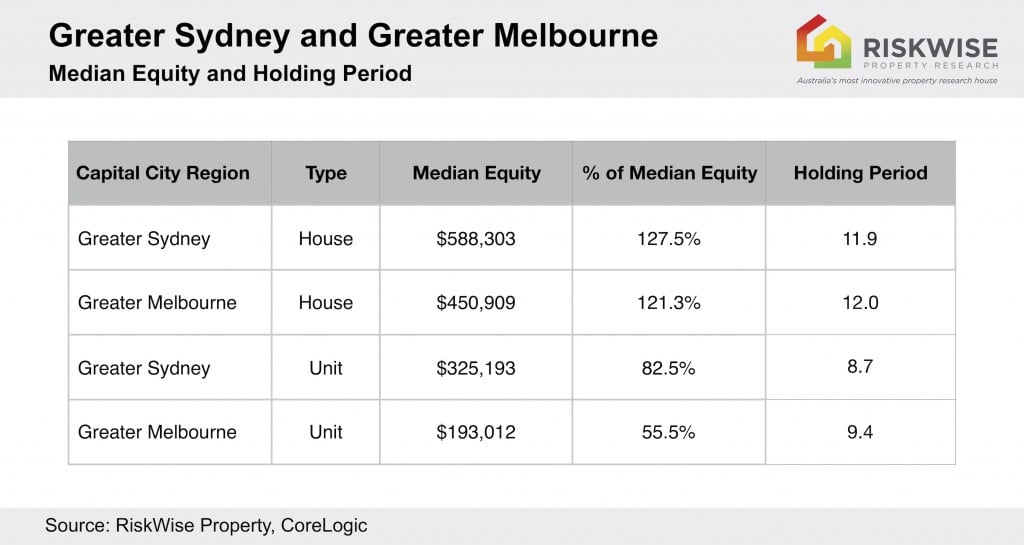 In addition, in 2015 lending standards were by far more relaxed, at least until the first half of 2017.

So, in strong markets it is likely if some property owners were struggling they could either find a way to refinance or sell for a profit – and often a very nice one. 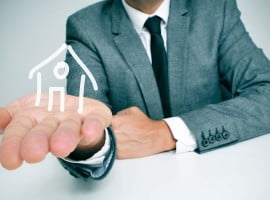 Are great property investors born or made?

'Do high mortgage default rates lead to forced sales and negative capital growth?' have no comments