I watch changes in consumer sentiment carefully because when consumers feel financially comfortable and wealthy they spend more and this helps the economy move on.

Consumer sentiment fell 0.9% month on month in April to 95.8 from 96.6 according to the latest Westpac-Melbourne Institute survey.

It is now at the lowest level since September 2020 and following last month’s sharp -4.2% fall.

At that time concerns around interest rates and inflation were starting, compounded by Russia's invasion of Ukraine and the spike in petrol prices as well as the super weather events.
There were a number of positives this month including the Federal Budget, strengthening in our labour market and a significant fall in petrol prices.
However the April consumer confidence index is the lowest since September 2020 when Covid pandemic fears were dominating. 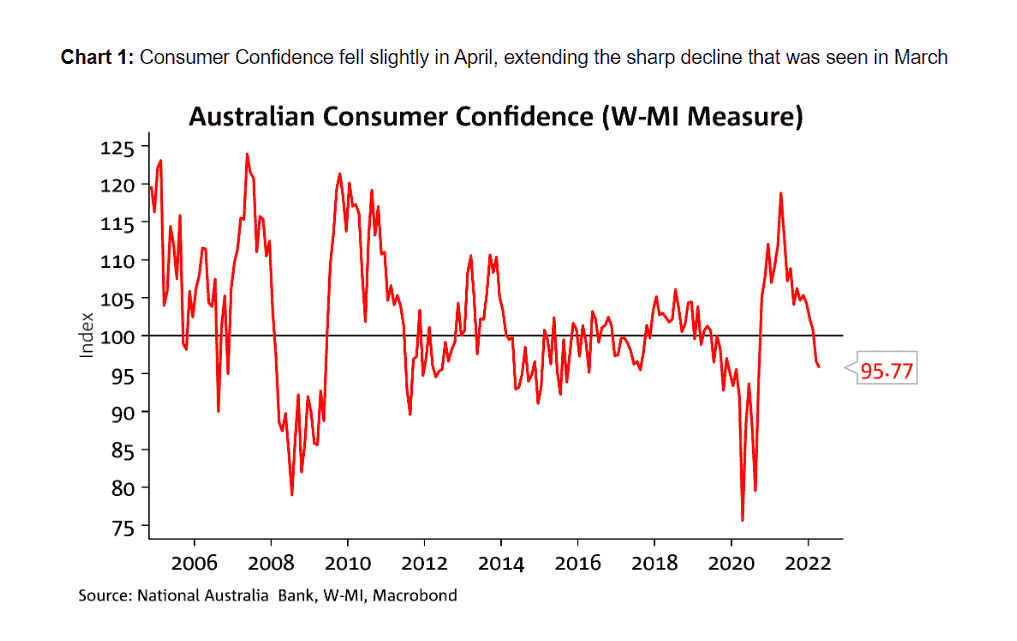 Their ‘time to buy a major household item’ sub-index fell sharply by 5.3% with inflation concerns likely weighing on the minds of potential buyers. 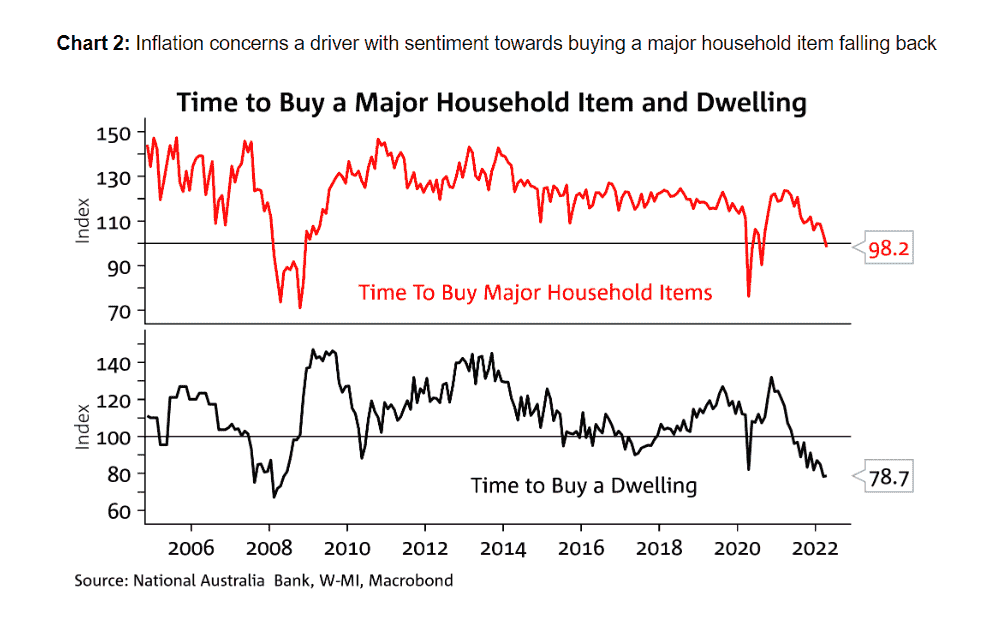 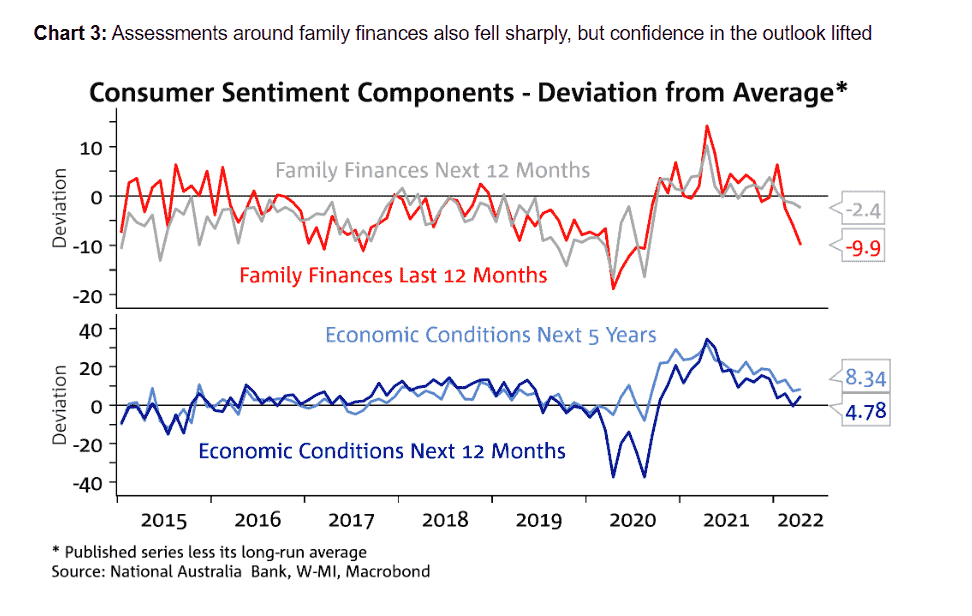 This is starting to impact sentiment around buying conditions for durables

The NAB have suggested that today’s consumer sentiment is starting to impact plans around buying durables, though they say is unclear the extent to which households will pare back purchases when faced with higher prices. 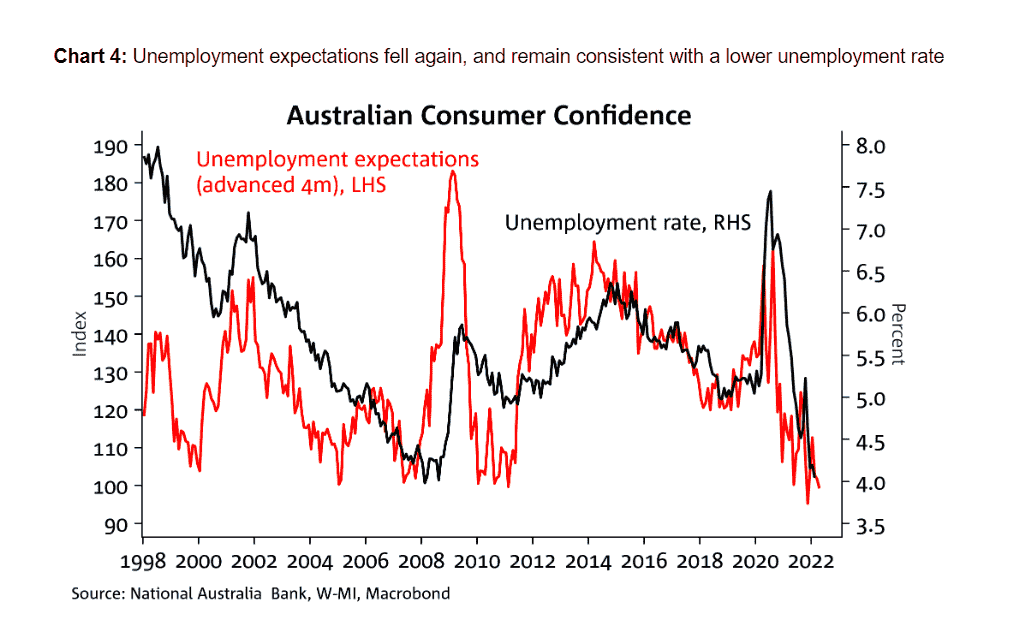 There was a 3.5% fall in the ‘house price expectations’ series, while ‘time to buy a dwelling’ remained at its lowest levels since February 2008. 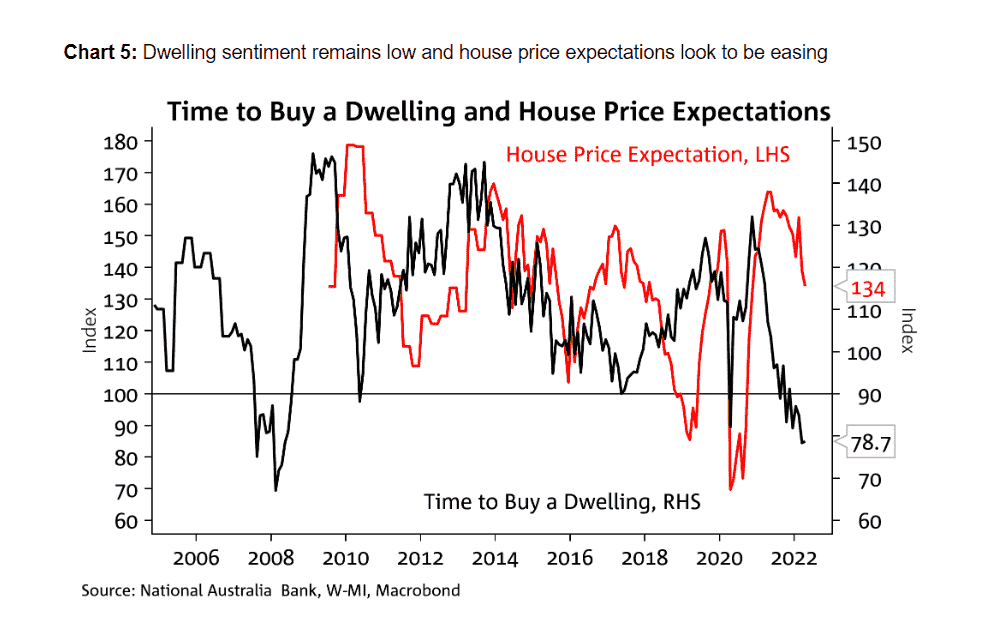 Affordability constraints are likely starting to bite alongside the rise in fixed rates and house prices have started to moderate slightly in Sydney and Melbourne.

Fixed interest rates have been pushed up by all the banks and are now at their highest level since June 2019. 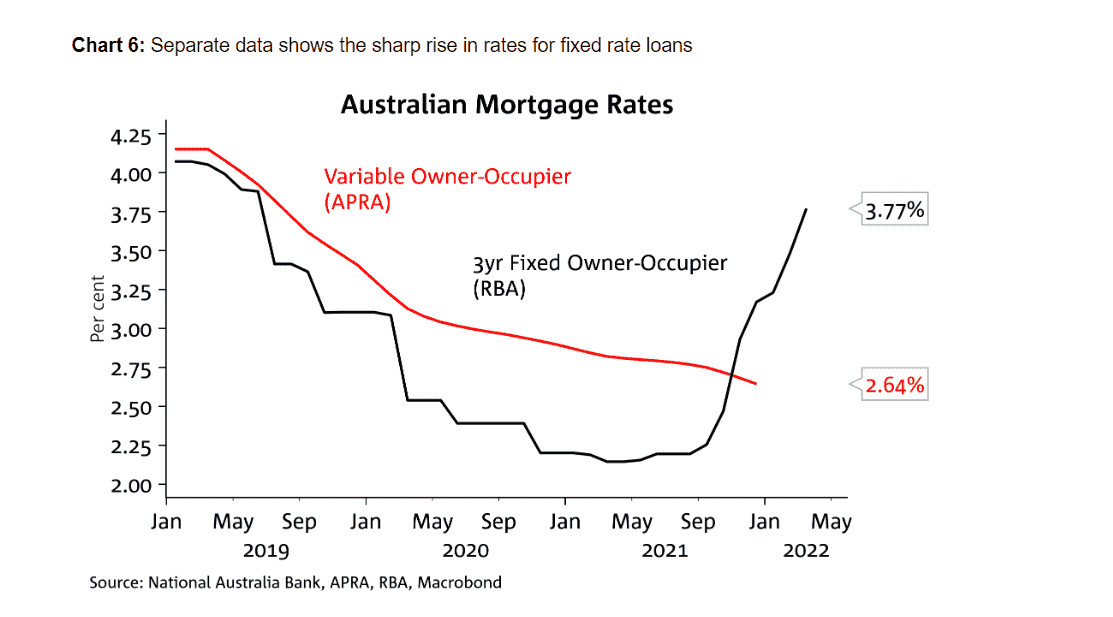