When people feel feel confident they’re more likely to spend their money and when they’re not confident about their jobs and their financial  future, they keeps their hands in their pockets 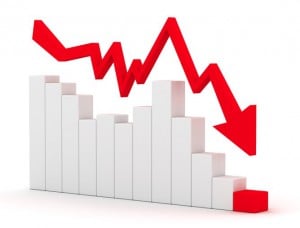 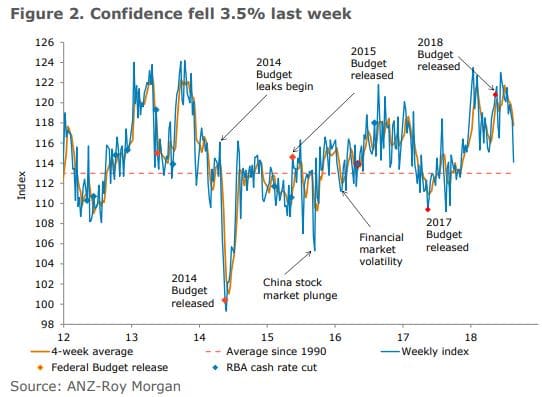 “The sharp deterioration in confidence this week is quite disappointing given the great news about the fall in the unemployment rate to a six-year low. The decline in confidence may

reflect the impact of the messy political debate locally and the associated slump in support for the current Turnbull government, as revealed in the recent Fairfax-Ipsos poll. The sharp fall in future (rather than current) conditions provides some evidence of this. The considerable media focus on the impact of the drought may also have affected sentiment. Despite the recent declines; overall consumer confidence is still above its long-term average.
“It is, however, important to note that households’ views towards economic conditions have been trending down since late June. In four week moving average terms, sentiment around future conditions has fallen below its long term average (112.5 vs 113.9). Still, views towards current conditions remain above their long term average for the moment and, as a result, so do aggregate economic conditions.”