It’s a depressing realisation, isn’t it?

Yet, while there is nothing we can do about eventually dying one day, there is much we can do to prepare for it. 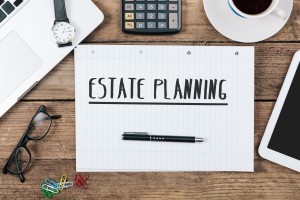 And by that, we don’t mean funeral planning and picking out your favourite songs to play at your service.

We mean getting your financial affairs in order so that your wealth is passed on to the people that mean the most to you.

The thing is, far too many Australians die without a will or without any estate planning whatsoever.

That can mean unnecessary stress for your loved ones after you pass on as well as a chance that your wishes are not being understood or followed.

So in this article, we’ll provide details about a variety of estate planning tools to help your legacy live on long after you have departed.

Where there’s a will

One of the best places to start when considering estate planning is to talk to a qualified professional such as a lawyer or accountant.

Your accountant, for example, can outline elements such as a testamentary trust in a will, which can provide beneficial tax treatment and asset protection for your beneficiaries.

When it comes to wills, firstly it’s vitally important that you have one! Far too many people – including musician Prince – die without one so their final wishes are not known.

Ideally, you should review your will at each important stage of your life, such as the birth of a child, change in relationship status or the death of a beneficiary.

By keeping your will up-to-date, you will ensure that your loved ones are not left trying to decipher a document that has little relevance to your life today.

Many Australians have significant superannuation balances.

But if they die before they get to enjoy those funds, what happens to the balance?

Selecting superannuation beneficiaries needs to be carefully thought through as, generally speaking, there can be tax implications if the funds are not left to your spouse, minor children or a dependent for tax purposes.

That’s because superannuation legislation states that only dependents of a member can receive their super benefits so that usually precludes a parent or sibling.

However, a super fund member can make a binding nomination, which directs where the benefits should be paid.

Another consideration needs to be whether the funds should be paid as a lump sum or as a superannuation pension.

If it’s a lump sum to minor children, for example, the funds would tax-free.

What about the new superannuation caps?

If one member of a self-managed super fund, for example, died and they had previously had $1.1 million each, then the new balance would be above the new threshold. 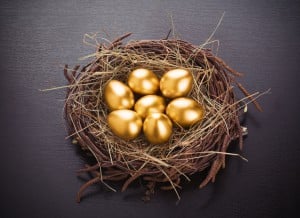 If not action is taken, under the new legislation, then the beneficiary will be penalised, which no one wants to happen.

While you should seek professional advice on this matter, it needs to be carefully considered whether the other member is classed as a reversionary beneficiary listing or whether the funds should be transferred as a partial lump sum.

Keeping with the superannuation theme, it also needs to be recognised that not all self-managed super funds (SMSFs) have trust deeds that allow for binding nominations.

Therefore, if you have an SMSF, you should review your trust deed to ensure that there are suitable provisions to allow the trustee to become involved and to be governed by a binding nomination.

What happens to your life insurance?

It’s equally important to understand that life insurance policies are not automatically included as part of your assets to be distributed by your will when a beneficiary has been listed. 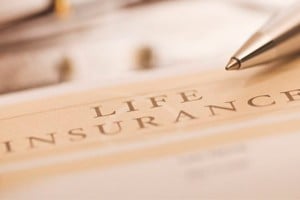 While you should always carefully consider who you would like to be the beneficiary, it is sometimes better to list your estate as the beneficiary of any life insurance policies so the proceeds can be placed in a testamentary trust.

Some insurance policies can be worth millions of dollars, which can create tax implications for the beneficiary.

It’s best to access professional advice on this matter, including whether it’s better to have your life insurance policy within super or outside of it.

No one wants to think about dying but by ignoring the grim reality of life and death, you are potentially doing yourself and your beneficiaries a major financial disservice.

It’s no secret that effective estate planning can be complex, which is where professional advice comes into its own.

For example, it can sometimes be beneficial to pay your superannuation and insurance to your estate instead of directly to beneficiaries.