There  were two big unknowns for  our property markets for 2019 - the Haynes Royal Commission report and the upcoming Federal election.

Well the Haynes Royal Commission did not deliver a sledge hammer that would further crush the property markets as some property investors feared.

In fact it was pretty benign for property prices, thus removing one of the 2 hurdles for our markets to recover.

You see...over the last year the big banks have pre-emptively made changes to their lending practices which together with the macro prudential controls imposed by APRA have led to the current credit squeeze being experienced by investors. 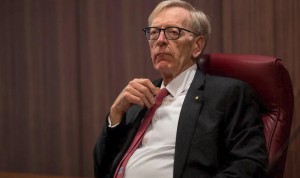 So the good news is that there were no recommendation for further tightening of the Bank’s lending criteria which would have obviously worsened the current property downturn.

In fact the report recognised the Banks' the steps that had been taken by banks to strengthen their home lending practices and their improved adoption of tougher serviceability assessments which involved a much closer scrutiny of borrowers' financial situations including verify specific expenditures.

The Commission was pleased that the banks had reduced their reliance on the HEM, the household expenditure measure which reflected their moves to comply with existing consumer credit laws and responsible lending.

However Haynes rejected suggestions the Royal Commission has forced a "credit squeeze" saying the current tighter lending restrictions are the consequence of the Banks “complying with the law as it has stood since the NCCP (National Consumer Credit Protection) Act came into operation."

A major change for mortgage brokers

The big change for property investors will be how the mortgage broker industry copes with the Haynes Commission recommendations.

Currently just under 60 per cent of all mortgages are organised through around 20,000 mortgage brokers, who settle around 30,000 mortgages every month.

At the moment broker fees are paid by the lender (the Banks) as an upfront commission payment plus a smaller trailing commission for the life of the loan.

The Haynes Royal Commission has recommended the borrower, not the lender, should pay the mortgage broker an upfront fee and that mortgage brokers should not receive trailing commissions.

It looks like the banks have convinced the Commission that mortgage brokers are the bad guys.

Sure there was a small percentage of brokers who "bent the rules" and organised loans that clients should not have received if prudent lending practices were followed.

But on the whole mortgage brokers did the right think by their clients and played a vital role in providing competition in the industry.

They provide an important service to borrowers, both home owners and property investors, helping them choose the most appropriate loan in the midst of a maze of options.

Also brokers have helped drive down loan costs by increasing competition especially from the smaller banks and second tier lenders.

However, Labor has indicated it supports the Hayne reforms.

It will be really interesting to see how all this plays out, but it may mean mortgage brokers will have to start charging clients an upfront fee.

Savvy property investors will see this as just another cost of doing business recognising that as the Royal Commission’s enquiries revealed, the banks are not on their side, and this means investors will have to pay for a mortgage broker to level the playing field.

Those borrowers who chose not to pay a broker’s up-front fee are likely to fall back to one of the big four banks since that’s most likely where they have a credit card or another account.

This would reduce competition and allow the banks to raise fees as some of the smaller lenders could be squeezed out.

Currently the smaller banks and second tier lenders have provided the critical competition we needed in the lending market rely heavily on brokers as they don’t have a branch network.

Property Investment Professionals of Australia (PIPA) chairman Peter Koulizos said the multitude of examples of potentially criminal activity within the financial services sector discovered by the  Commission was a sign of what can happen when money becomes more important than client outcomes.

“If this is what happens in a regulated industry, imagine the situation in the property investment advice sector where spruikers can ruin people’s financial lives without much chance of prosecution because it is an unregulated environment?” Mr Koulizos said. 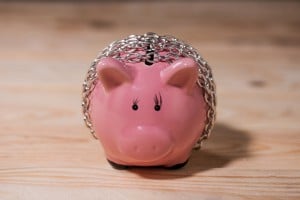 “The report suggests that many in the financial services sector were motivated by greed rather than acting in their client’s best interests, however, such a blanket statement does a disservice to the majority of honest employees working in the industry.

“Mortgage brokers, for example, create much-needed competition and deserve to be paid for their professional service, so we’re pleased that the Federal Government has questioned the recommendation that commissions be paid by consumers rather than banks – who are the ones who can clearly afford it the most.”

Mr Koulizos said he hoped the report’s release would bring an end to the over-the-top credit restrictions that had been in play for more than three years, which were starting to have a negative impact on the national economy.

“Solid borrowers, who should have no problem securing finance under normal credit conditions, are getting knocked back for silly reasons such as spending $50 on Uber Eats on a Friday night,” he said.

“With property prices continuing to fall in our two biggest capital cities, inflation stubbornly low, and wages flat-lining, lenders need to release their strangle-hold on credit so our economy can get moving again.”

While the health of the banking sector is vital for our economy, Mr Koulizos said so too was the property market, which is worth $7.5 trillion compared to superannuation on $2.7 trillion, according to CoreLogic.

“It’s time for the Federal Government to get serious about protecting consumers from unscrupulous spruikers who pretend to give property investment ‘advice’, but all they’re really do is lining their own back pockets without having to worry about breaking the law – because there isn’t one.”