Australia’s had a great decade of economic growth and the benefits were spread across the economy.

And older age groups were the big winners, becoming much wealthier and fitter, thanks to a fall in interest rates and improved health care outcomes according to Grattan Institute CEO John Daley reported Business Insider. 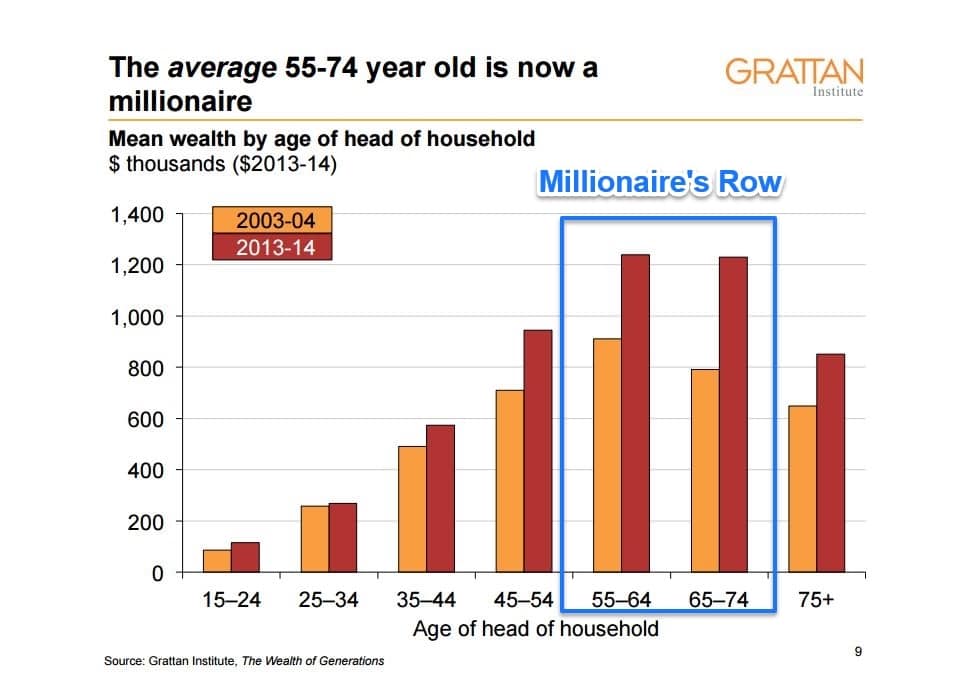 A lot had to do with owning property 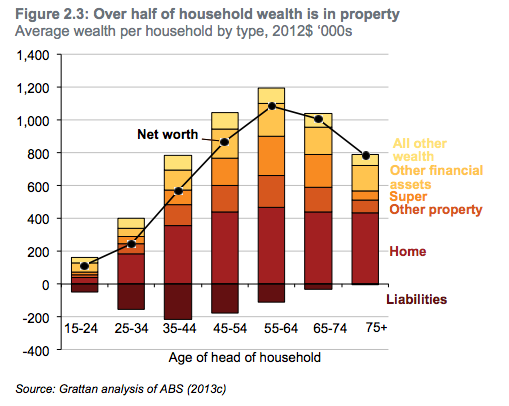 And while Australians aged 45-54 also benefited, Daley told Business Insider the outlook for the younger cohort of Australians is less positive than for their parents.

That’s because “harder times lie ahead” in an outlook for lower growth in per capita incomes, plus a rise in complacency as a result of the long run of prosperity and the unsustainability of the Federal Government’s budget position all combining to saddle younger cohorts with extra lifetime debt.

Younger workers around the globe are earning less than their parents and have lower and falling rates of home ownership while older Australians are capturing a growing share of Australia’s wealth, according to a new Grattan Institute report, The wealth of generations.

“The generational bargain, under which each generation of working Australians supports retirees while still improving its own standard of living, is at risk,” says Grattan Institute CEO John Daley.

The wealth of generations finds that the housing boom plus rapid increases in government payments on pensions and services for older people risks creating a generation of young Australians with a lower standard of living than that of their parents at a similar age.

'The Average Baby Boomer is now a Millionaire' have 6 comments