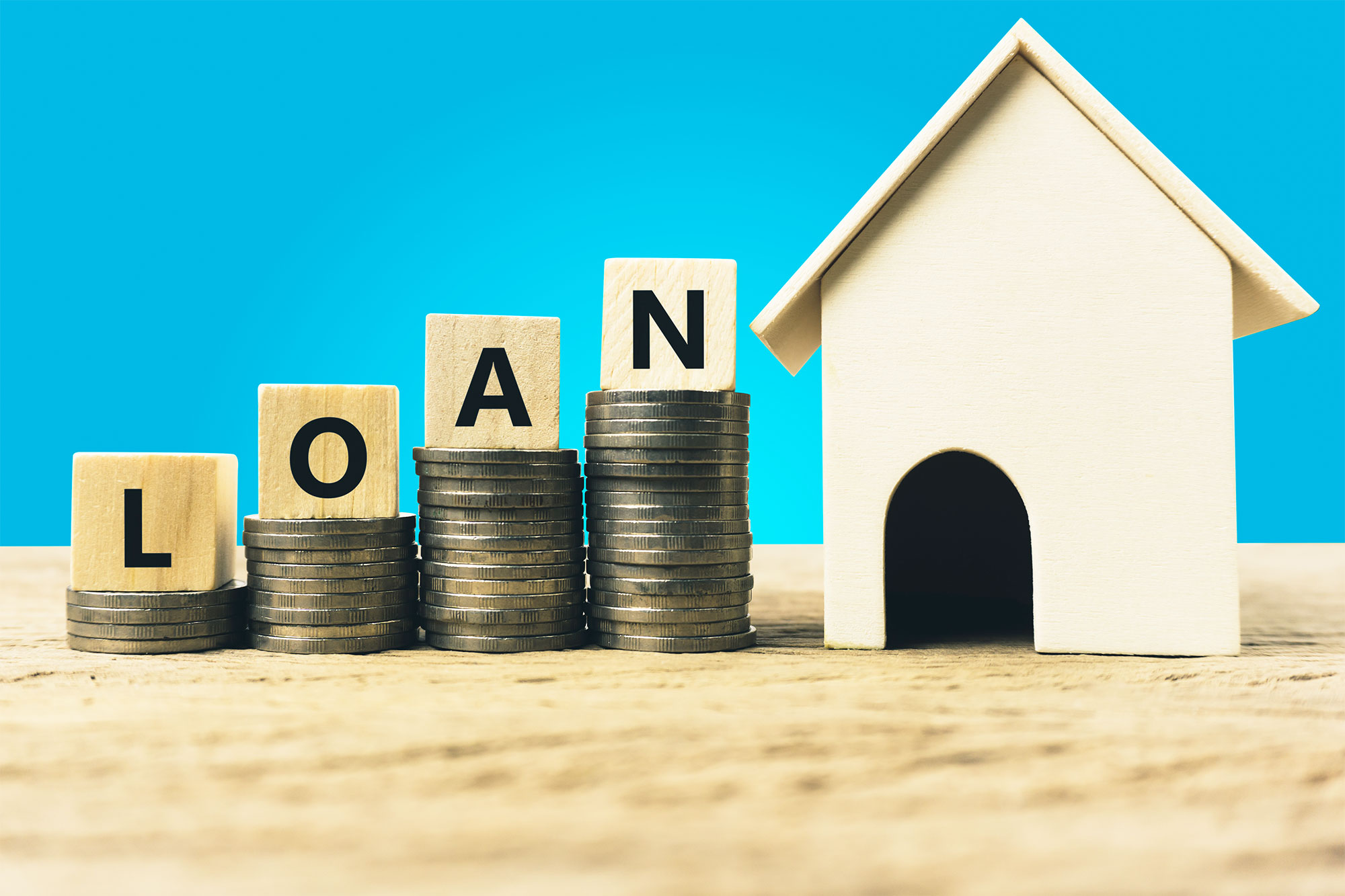 New lending was up 1.7% month-on-month but is likely to drop in the coming months as the property market cools.

The total value of refinancing was the second-highest on record, with owner-occupier refinancing at a record high.

Average new loan size decreased in NSW, SA, WA, Tasmania and the Northern Territory, however, nationally it went up slightly.

First home buyer numbers increased by 2.3% month-on-month but decreased 31.6% from the same time a year ago.

Housing loan approvals rebounded in May, but new borrowers have turned their backs on fixed-rate home loans, according to the latest ABS lending data.

The proportion of fixed loans funded in the month of May was just 12 per cent, in seasonally adjusted terms, and comes as banks rapidly hike fixed rates.

This includes both new loans and refinancing. 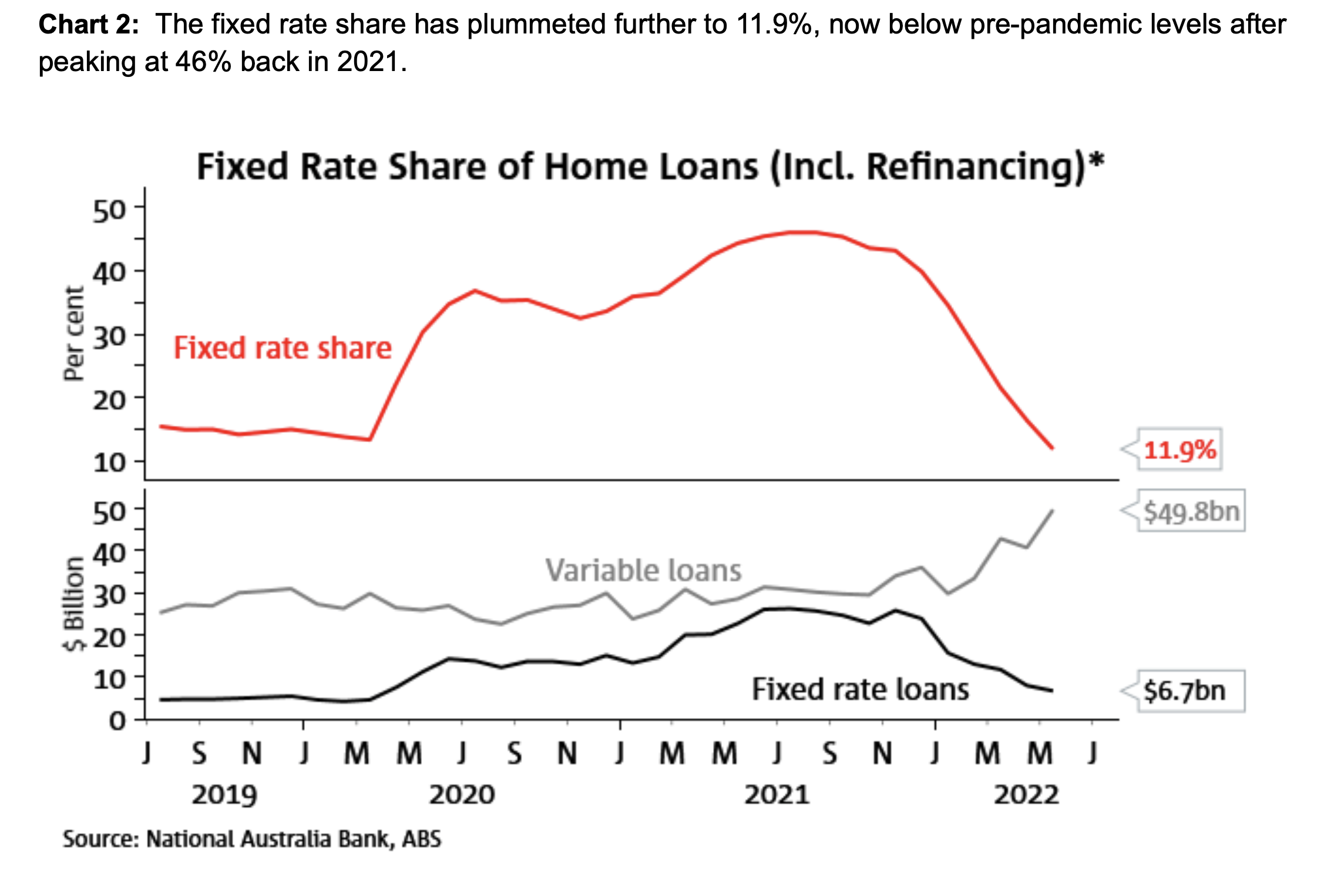 “Australia’s brief love affair with fixing is over, with the ultra-low COVID rates now long gone.

With the majority of big four bank fixed rates now starting with a ‘5’ or a ‘6’, borrowers are returning to variable home loans."

Housing loan approvals are clearly off their recent highs and are likely to continue to turn lower as deteriorating housing market sentiment and higher rates bite on loan demand, but there is no sharp rollover yet apparent in the data to May.

Owner occupier loan commitments peaked in May last year, and are now 9.7% lower, though have flattened out in recent months. Investor approvals had continued to grow over the past year, but look to have peaked in March, now 4% off their recent highs. 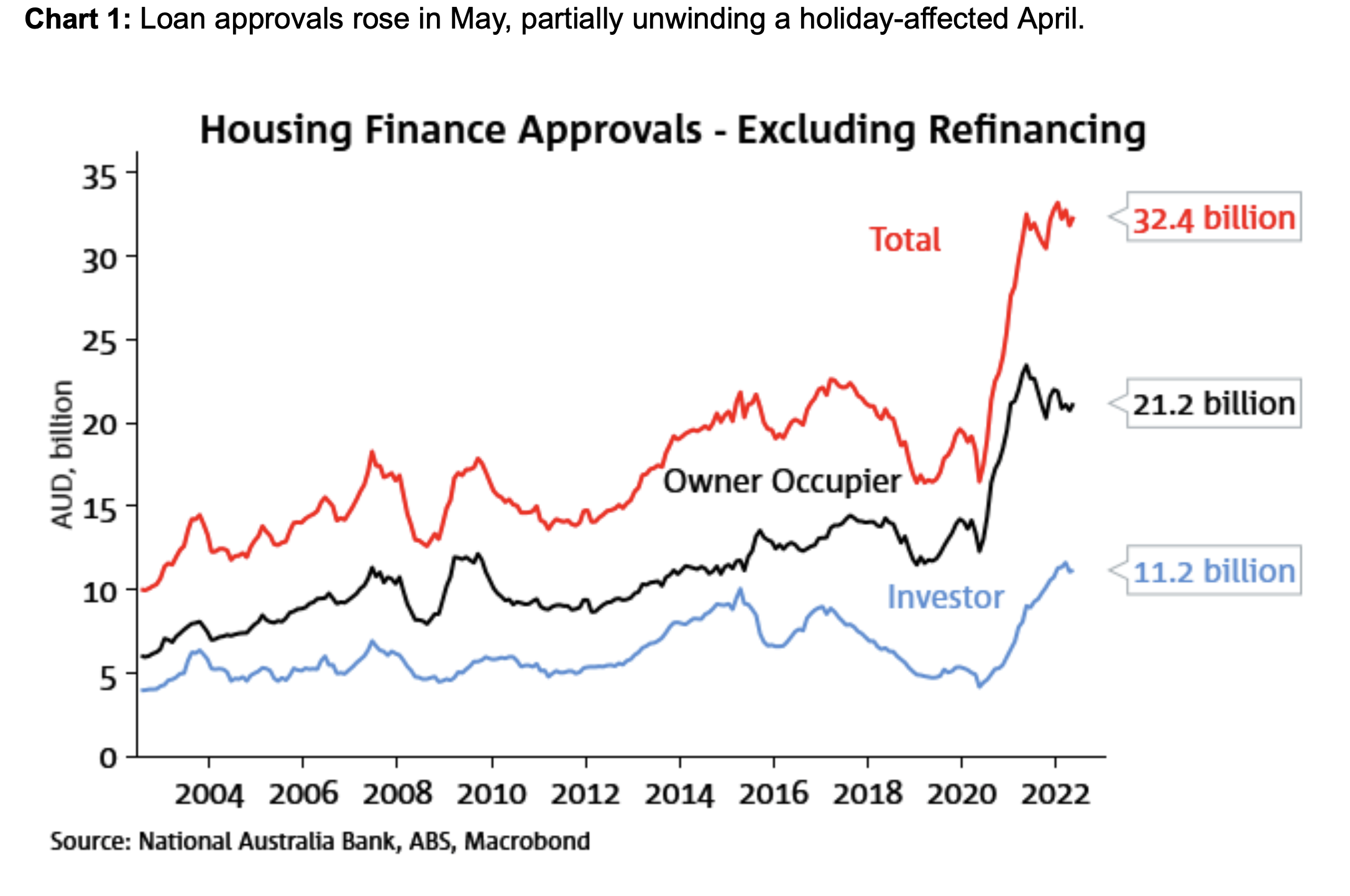 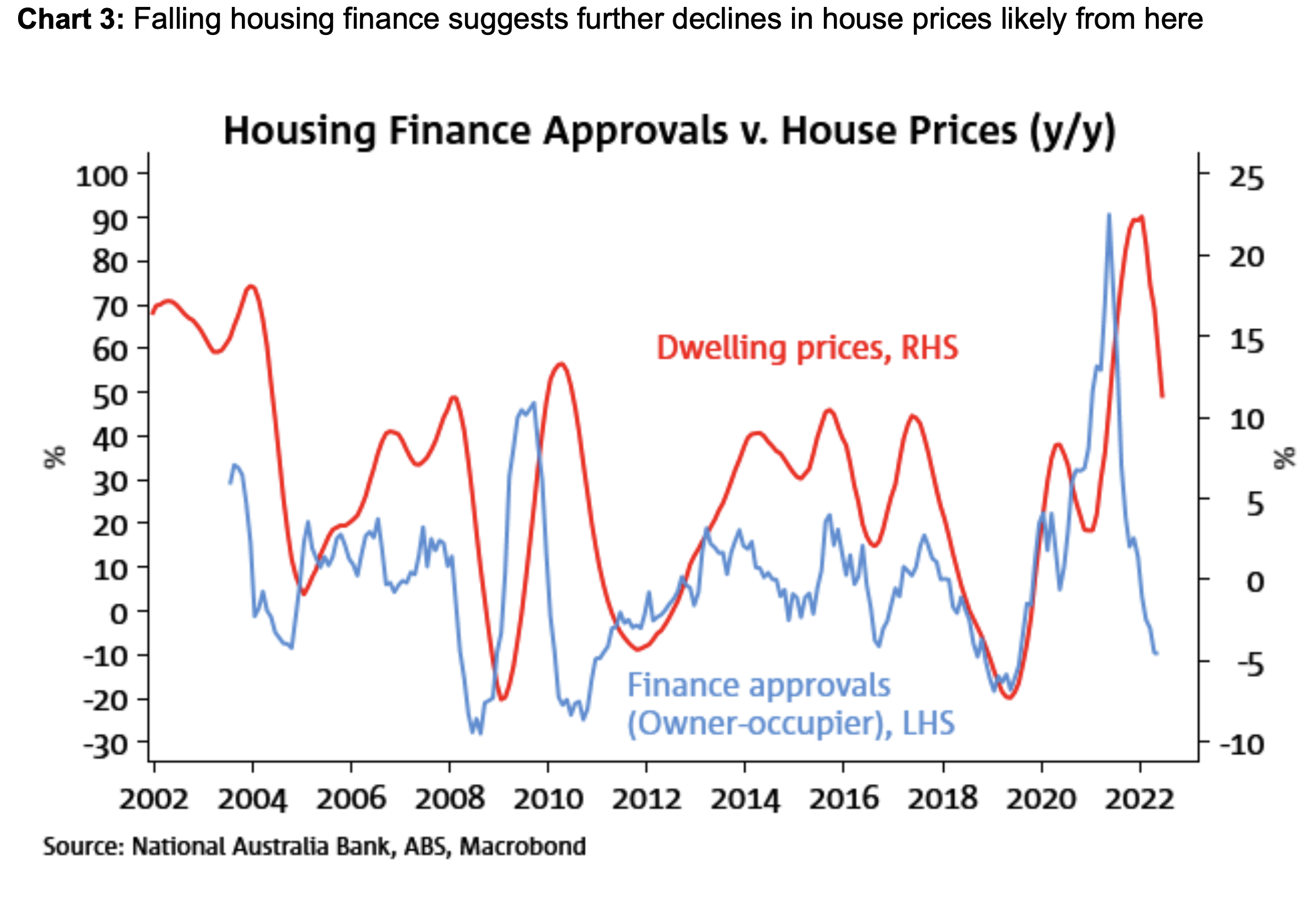 “The value of new home loans will likely drop as the property market cools, with the weekend’s clearance rates at just 55 per cent across the combined capitals, according to CoreLogic.”

Many Australians who were looking to buy have now pressed pause, waiting for prices to drop further before jumping in."

Value of new home loans approved in May

The number of first home buyers rises in May

The number of owner-occupier first home buyer loans increased by 2.3 per cent month-on-month in May.

However, young Australians buying with wafer-thin deposits need to be aware of the risks and make sure they are prepared for their repayments to continue to climb as the RBA keeps hiking."

The total value of refinancing rose by 3.1 per cent in May, with owner-occupier refinancing hitting a record high.

“There has been a surge in borrowers refinancing their home loans, locking in a lower rate to combat the RBA rate hikes.”

While across the board variable rates are rising, many banks are offering sharper rates and big cashback for customers willing to refinance." 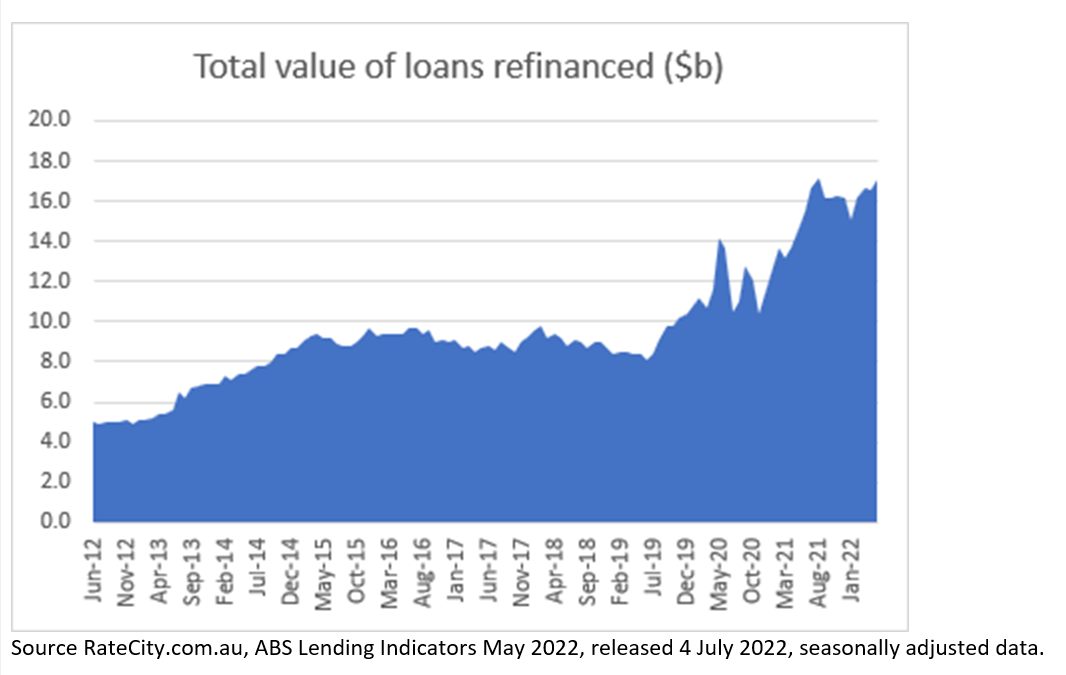 While the national average new loan size for owner-occupier dwellings rose slightly in May, it has fallen in five states: NSW, SA, WA, Tasmania and the Northern Territory. 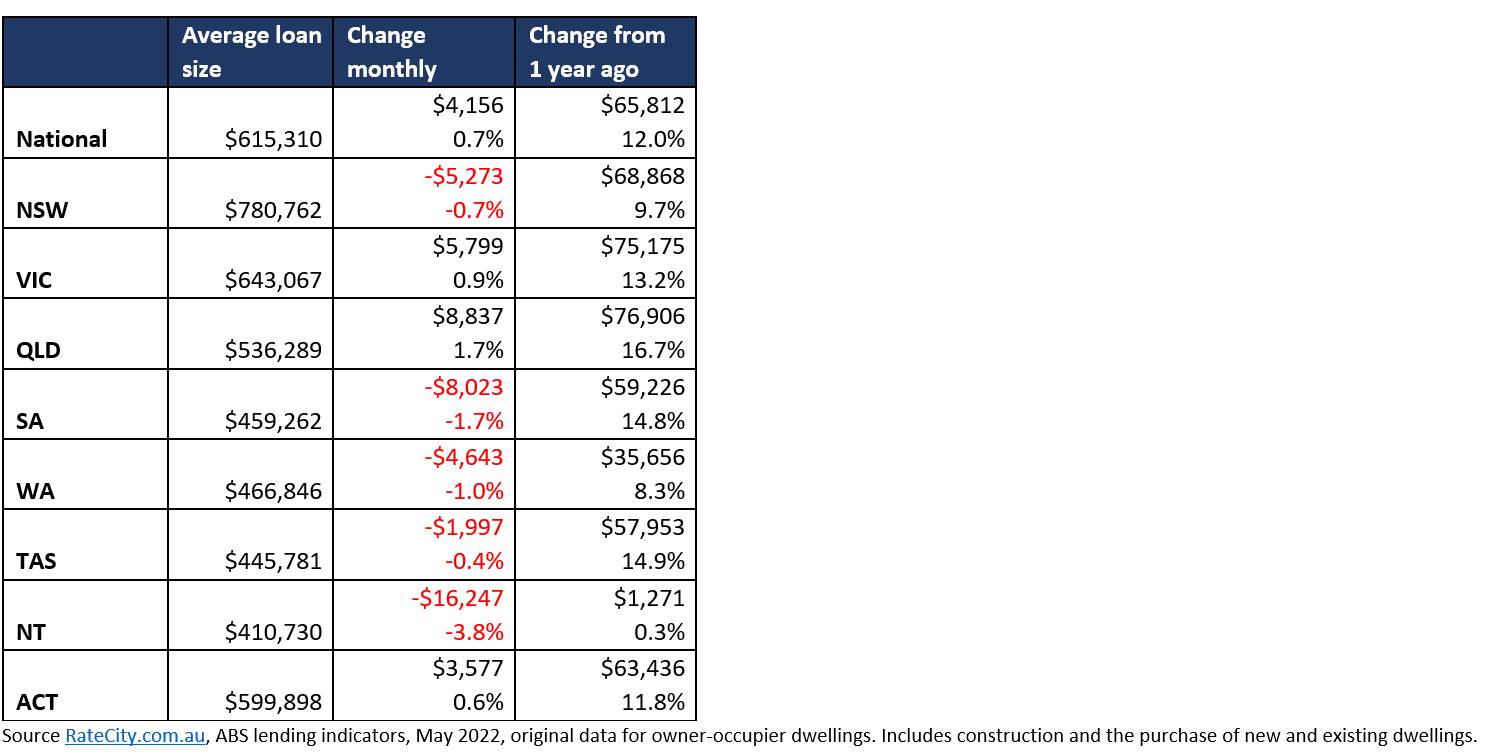