APRA’s scrapping of the 7 per cent ‘stress test’ buffer on home loans will effectively see a 9 per cent increase in borrowing capacity for owner-occupiers which will rise to between 13 and 14 per cent if the RBA undertakes two interest rate cuts before the year is out.

With the current ultra-low interest rate and two interest rate cuts projected by the RBA, APRA’s 7 per cent ‘stress test’ was a major barrier for borrowers in an already highly regulated and scrutinised lending environment.

However, with the stress test reduced or removed, it would mean that if the interest rate for owner-occupiers was about 3.75 per cent, they would pay about 6.25 per cent, which would create a 9 per cent borrowing capacity. 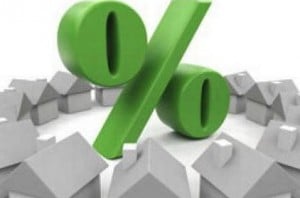 If there are no interest rate cuts the increase in borrowing capacity will be an increase of around 4-5 per cent for investors and for owner-occupiers about 9 per cent.

However, if the RBA cut rates twice, we will see an increase of around 9 per cent for investors and potentially 13-14 per cent for owner-occupiers.

This will be a major boost to the market, especially as now the number one risk has been removed thanks to a Coalition win and the elimination of the threat of taxation changes to negative gearing and capital gains tax.

APRA’s introduced a 7 per cent ‘floor assessment’ to the ADIs in December 2014 “to examine the resilience of the largest banks, individually and collectively, and to explore the potential impacts of grim and challenging periods of stormy economic weather,” according to APRA chairman Wayne Byres in July 2018.

While at that point of time this instruction to the ADIs was, indeed, required, this conservative approach could not be applied to the lending landscape of 2019.

In 2014, there was a tangible risk that in the foreseeable future interest rates might increase materially.

That, alongside loose controls over the accuracy of the information provided by prospective borrowers in loan applications and reliance on the HEM to assess household expenses, provided justification for APRA’s instruction.

The banks also applied a slightly higher rate of 7.25 per cent to ensure they were above the minimum threshold.

However, since then the lending environment had completely changed and APRA’s requirement had become ultra-conservative.

Interest rates are now very low with a very high likelihood of additional cuts by the RBA, and no signs of increases in the foreseeable future.

A low interest rate environment has, effectively, become the ‘new normal’ in Australia.

Loan applications are heavily scrutinised, lenders are applying more conservative credit policies, the proportion of interest-only loans is now low with only 16 per cent of the new loans (December 2018) being interest-only and 7 per cent of loans at 90 per cent.

RiskWise Property Research analysis showed a reduction of at least 1 per cent was needed in order to have some meaningful impact.

This is equivalent of the APRA’s announced change, that, while taking a different approach, will put the effective floor assessment at 6.25 per cent for owner-occupiers in the current lending market.

For example, RiskWise undertook a case study of a scenario involving a married couple, who both receive average weekly earnings at their full-time jobs, and have two children.

The couple require a loan of 30 years and their only expenses are either HEM or HEM X 1.5, and the assumption is they have no credit card repayments and other expenses.

Our analysis showed that due to the scrutinising of loan applications and by applying the effective 7.25% 'stress test' this materially reduced their borrowing capacity by 33 per cent.

As a result, the couple would have to totally re-assess their entire purchasing strategy.

So APRA’s change is equivalent to the required reduction in the floor assessment that has the right balance between having a meaningful impact, while still having good risk-management practices.

Sorry to confuse you Trevor - HEM is how the banks assess your borrowing capacity. I hope I explain things better in this chat with Dr Andrew Wilson

I normally love your articles, however this one started real well then right over my head when it started talking in code! What is HEM and why is there 2 7.25% in the table!

YOu're right - but it's a move in the correct direction