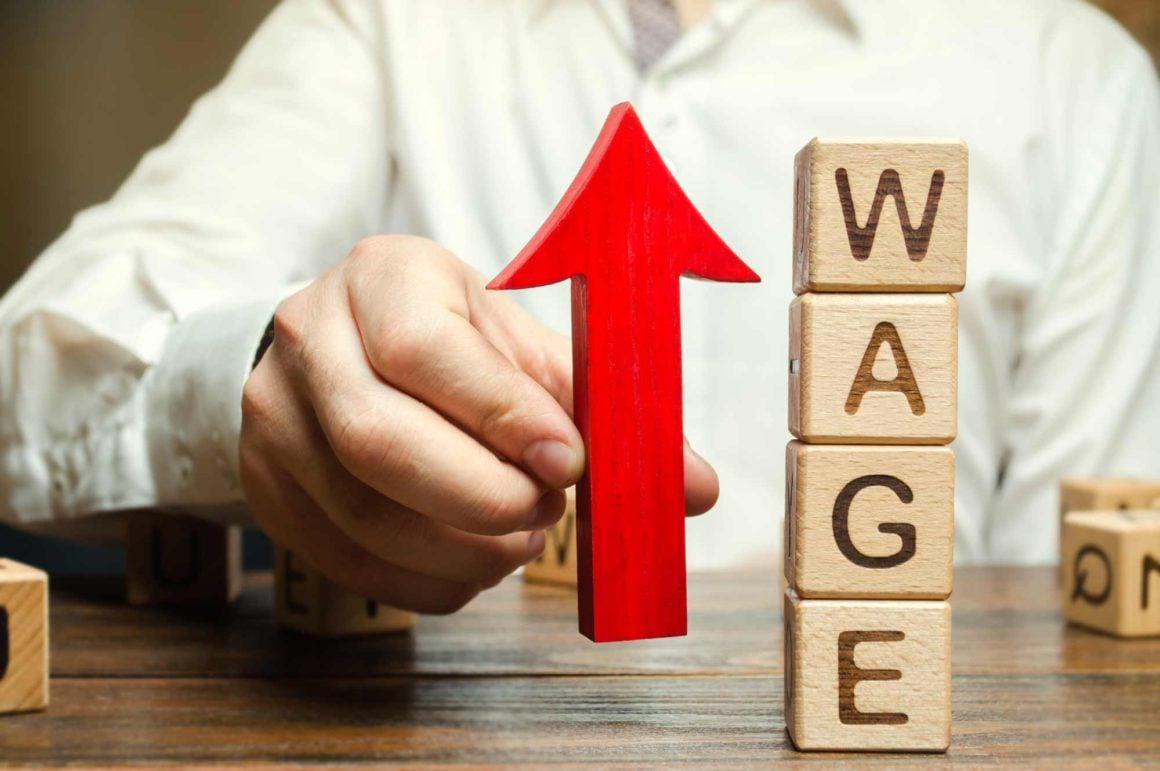 Real wage growth (the difference between wages and inflation) however has crashed by a record low level – with consumers now also confronted with the extra costs of higher interest rates.

The ABS reports that the Wage Index seasonally adjusted increased by 0.7% over the March quarter - the same result as recorded over the previous December quarter.

The Wage Index however increased by just 2.4% over the year ending the March quarter – just above the 2.3% annual rise reported over the December quarter. 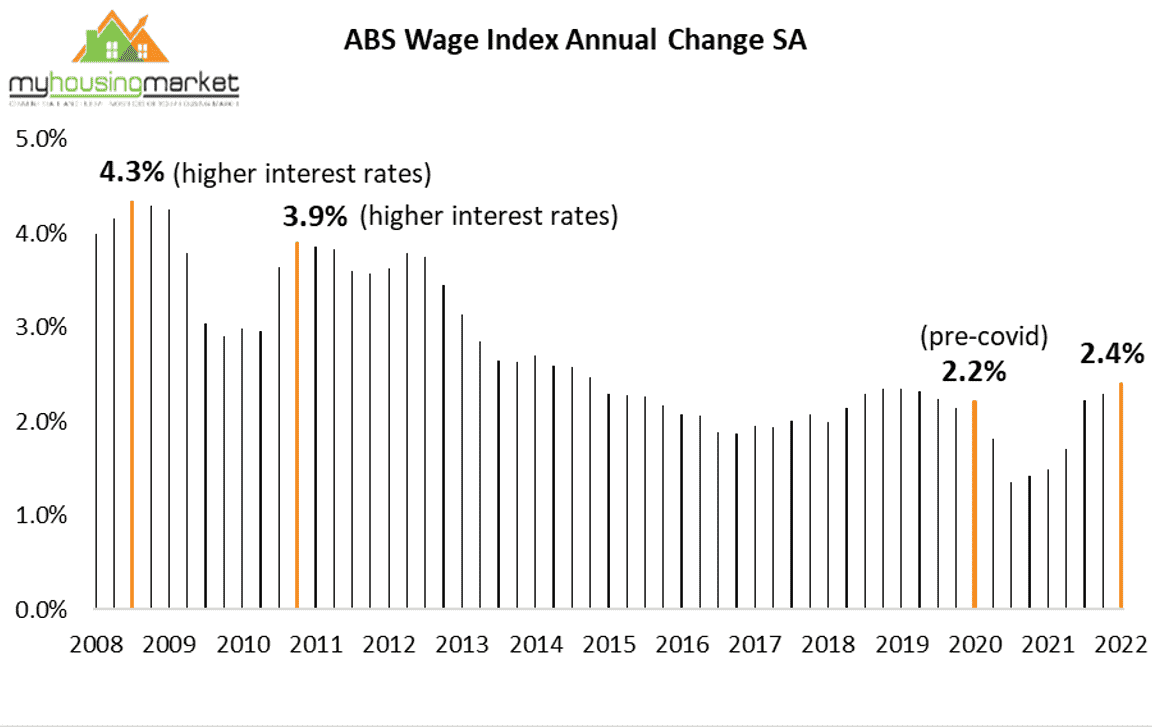 Wages growth remains relatively subdued at around pre-covid levels despite recent record low unemployment rates and challenges the assertions by the RBA “that labour costs were rising in a tight labour market” – used as a justification for the recent shock rate rise.

The RBA has predicted recently that annual wage growth will rise to 3.75% with the current March quarter result at just 2.4% clearly still a long way short of that benchmark.

The modest increase in wages over the March quarter and the recent sharp spike in inflation have resulted in a record annual decline in real wage growth – falling by 1.3% and following the 0.3% decline recorded over the previous December quarter. 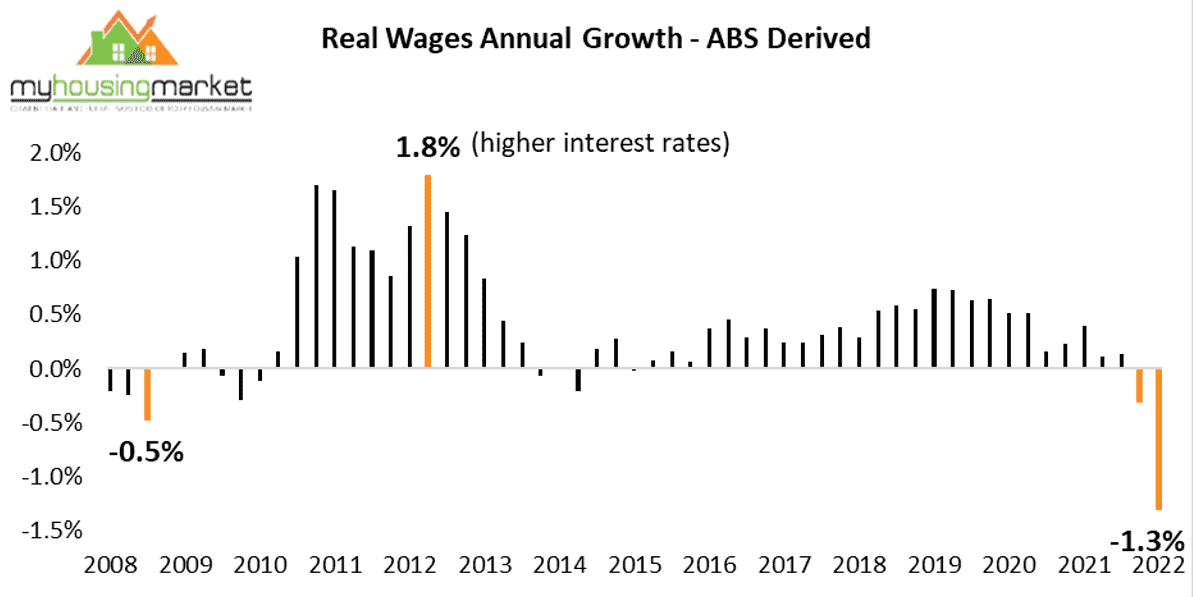 The RBA will be looking for its shaky predictions of strong wage growth to be realised sooner rather than later to justify its outlook for a series of near-term interest rate rises that will clearly produce more pain for consumers and economic headwinds for the economy.