This is a tale of two visionaries which holds a message for property investors, because one of them was totally right and the other was completely wrong. 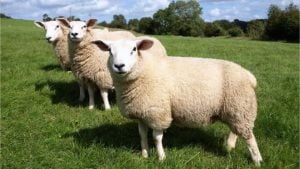 The first visionary was Henry Hellyer, who was employed by the Van Diemen’s Land Company in the early 1800’s to find suitable sheep farming land in their recently acquired north-west Tasmanian holdings.

The company’s plan was to ship impoverished people from England to Australia and settle them on the land as sheep farmers.

In return for seven years work for the company, they would receive full and free title to their farms.

The hinterland of the island’s north-west was unexplored at that time, but it was located at a similar latitude to the best sheep farming areas of southern Europe.

Sheep farms were already thriving elsewhere in Tasmania and Hellyer’s task was simply to locate the best areas for the Van Dieman’s Land Company to claim and then settle.

Hellyer imagined towns and villages dotted over the landscape

Hellyer found many tracts of land that appeared to be suitable and named these areas Hampshire, Highclere, Middlesex Plains and Surrey Hills because they reminded him of similar landscapes back in England.

Hellyer imagined the towns and villages that would soon be dotted all over the landscape complete with churches, schools, villages and hundreds of thriving sheep farms.

The new arrivals quickly moved into the hinterland with their sheep, putting up fences, building houses and farms in the areas that Hellyer had found.

Unfortunately for them, Hellyer had made his surveys in mid-summer, when the weather is usually mild.

At other times of the year the climate can be harsh and unpredictable, bitterly cold in winter with snowstorms, frosts and blizzards. 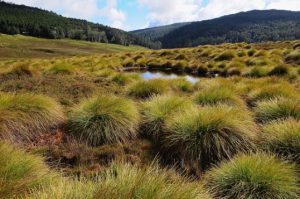 Even worse, many of the potential fields Hellyer viewed were just button grass moors, incapable of sustaining sheep.

Some sheep starved, others were picked off by Tasmanian Tigers and bad weather claimed the rest.

The farmers had no chance of success.

Their crops failed and with the sheep gone, they lost everything.

The settlements were abandoned, and only a few rotting fence posts survive to mark Hellyer’s disastrous misjudgement.

The other visionary was George Goyder, who was commissioned by the government to survey much of South Australia to find potential crop farming land for them to sell in the late 1800s.

Unlike Hellyer, he quickly saw that much of the land was not suitable for farming because the rainfall was unreliable and could only support light grazing.

He based his findings on the occurrence of saltbush, which is a plant that can survive long periods of low rainfall.

The areas where saltbush thrived, but little else grew showed him that the rainfall was unreliable. 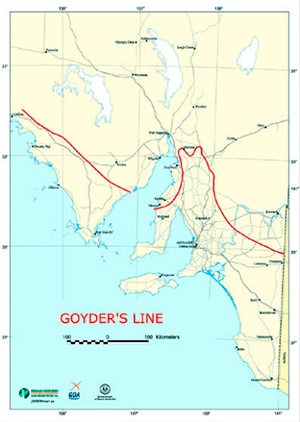 Goyder drew a line across the map of South Australia north of which farming should not be carried out because the rainfall is too low, as proven by the saltbush growing there.

This line became known as Goyder’s Line, but this didn’t please the government of the day at all, because most of South Australia is located north of the line, and so it couldn’t be sold as crop farming land.

For the next few years, the vast tracts of South Australia north of Goyder’s Line experienced well above average rainfall.

The government decided to make some good money and started selling the land to prospective farmers, totally ignoring Goyder’s warnings.

Towns and villages sprang up everywhere north of the line, with names like Farina, the Latin for wheat.

The concept that “rain follows the plough” was enthusiastically embraced by the farmers.

But then the rains decreased and stopped.

The shifting sand dunes and saltbush slowly reclaimed land where farms and villages had been built.

Towns and homes were abandoned and the settlers lost everything.

We ignore research that doesn’t suit our aims 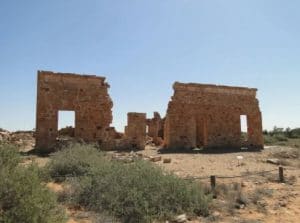 Hellyer was wrong, but the Van Diemen’s Land Company welcomed his good news about north-western Tasmania because it fitted in perfectly with their plans.

On the other hand, Goyder was right about the South Australia hinterland, but the government ignored his advice because it didn’t suit their plans.

The lesson in these stories is that we often do the same.

If we are presented with an investment opportunity, we welcome any information in favour of it, no matter how anecdotal or biased it may be.

At the same time, we tend to discount or even ignore any research, no matter how sound, that doesn’t fit with our intentions.

Next time such a situation occurs, I urge you to remember the sad tales of Goyder and Hellyer.

'A tale of two visionaries' have no comments