Bills may be forced to take a backseat this Christmas, as millions of Aussies struggle to make ends meet according to Finder.

A recent survey of 1,047 respondents revealed that over one in three (36%) Aussies say they’ll be unable to afford basic necessities over the holiday period.

Around 13% say they’ll struggle to pay for groceries.

That same number are expecting to fall behind in their credit card repayments.

One in eight Aussies (12%) will find it hard to cover their energy bill, while 10% think their rental payments will slip and 7% will fall behind in their mortgage repayments. 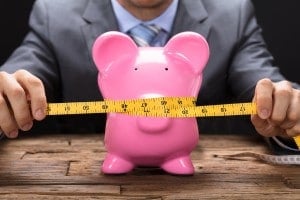 Bessie Hassan, personal finance expert at Finder, said that additional Christmas expenses are leaving millions of Aussies out of pocket each year.

“The festive season doesn’t come cheap, and many Aussies are concerned they won’t be able to make ends meet as a result.

“As nice as it is to spoil our loved ones, basic essentials like bills and rent absolutely need to come first.

“You don’t want to start the new year drowning in debt or falling behind on repayments because of festive spending,” Hassan said.

Victorians are the most likely to struggle this Christmas, with two in five (43%) saying bills will slip compared to 32% of New South Wales residents.

The research found that women (40%) are more likely to struggle with bills over Christmas than their male counterparts (33%).

Hassan said the holiday period is the perfect time for Aussies to overhaul their utility providers and work out where they could be saving.

“Take some time to go through your mortgage, energy and Internet bills over the holidays, and flag areas where you might be paying too much.

“You can potentially save thousands by switching to another provider, and this can help take the financial pressure off next Christmas,” Hassan said.

Do you think you’ll struggle to pay off the following over the Christmas period?

How to spend less this Christmas

'6.9 million Aussies are feeling the festive financial pinch' have no comments