You’d have to be living under a rock not to know the RBA cut rates this week – but will the low interest rates work? 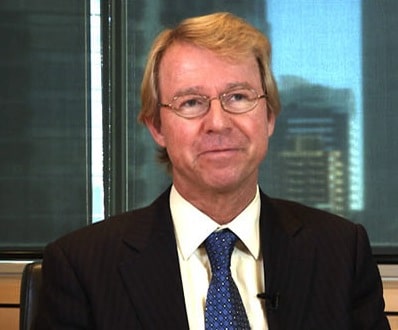 And what does the current economic environment and the low interest rates mean for property investors?

This was the topic of Dr. Shane Oliver, head of Investment Strategy and Economics at AMP Capital’s latest insight

As widely expected, the Reserve Bank of Australia has cut the official cash rate to 2% from 2.25%.

This has taken the official cash rate to its lowest level ever and will push mortgage rates down to levels not seen since the mid-1950s.

This note looks at the implications for the economy and investors.

Household demand has picked up but the business investment outlook is bleak and public spending is likely to be soft.

And at the same time inflation is benign providing no barrier to a cut and the Australian dollar remains too strong.

Sure the Sydney residential property market remains too strong, but home price growth in the other capital cities is weak at just 1.7% year on year, and so it is right to put Sydney aside and set rates for the average of Australia as a whole which needed a cut.

Exactly the same was done a decade ago when the RBA was raising interest rates despite falling Sydney property prices.

Interest rate cuts are not as potent as they used to be (as Australians are much more cautious regarding debt post the GFC).

This is partly why they have had to go to record lows. But the interest savings for households with mortgages and businesses combined with ongoing downwards pressure on the value of the $A should provide further support to demand in the economy.

Home construction has already received a boost from the rate cuts seen since 2011, but the latest cuts should help ensure that household demand remains strong and eventually encourages a pick-up in non-mining investment.

Which in turn should see economic growth pick up to around 3% or just over next year.

Won’t the hit to self-funded retirees’ income offset the boost to the economy?

However, in total Australian households have around $850bn in bank deposits but owe $2050bn in debt, so the household sector as a whole is clearly a net beneficiary of lower interest rates.

It also tends to be the case that spending by families with mortgages is more sensitive to changes in their spending power than that of retirees…though I don’t want to generalise here too much!

RBA rate cuts are also just as much about keeping the $A low and pushing it lower as boosting domestic spending.

Lower Australian interest rates help push the $A down by making it less attractive for foreign investors to park their money in Australia.

And a lower $A helps boost sectors like farming, tourism, manufacturing and higher education and helps offset lower commodity prices for resources companies.

Is this the low for interest rates?

Our base case is that 2% for the cash rate will be the low for this cycle.

However, with the mining investment boom continuing to unwind and confidence still subdued (hopefully next week’s Budget might mark a turning point on this front!), the risks are still skewed towards a fall in the cash rate below 2%.

On this front, while the RBA’s post meeting Statement contained no explicit easing bias this was also the case when it last cut in February.

Moreover, the RBA’s commentary on the $A was much more strident than anything seen over the last year with it stating that further depreciation is both likely and necessary.

So if the $A does not oblige and head lower, then the RBA is likely to be back cutting interest rates again.

What does it mean for investors?

'Will the rate cuts work and what do they mean for property investors?' have no comments