Where does the world’s ultra-wealthy population live today?

Where does the world’s ultra-wealthy population live?

The pandemic, geopolitical tensions, and supply chain disruptions have thrown the world into disarray in recent years, but that hasn’t stopped the world’s ultra-wealthy population from growing at a strong clip. 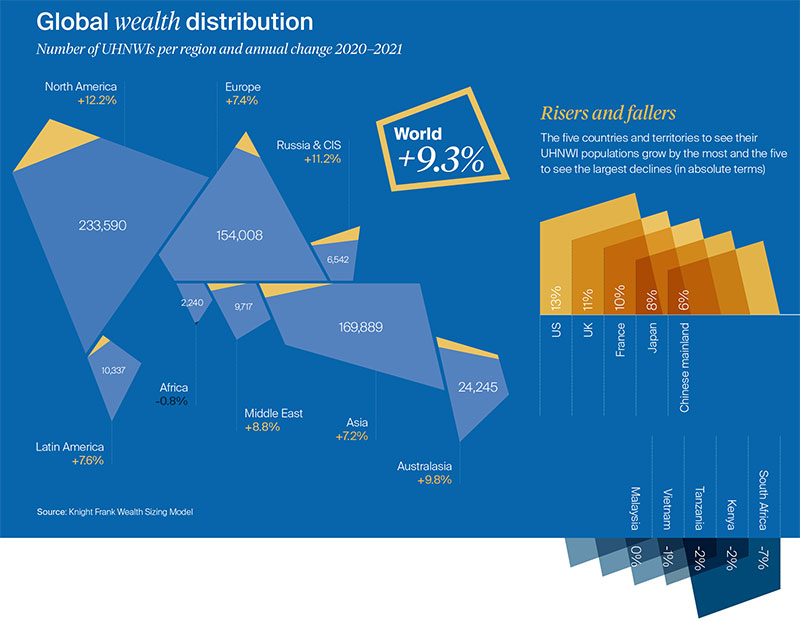 New data from this year’s Wealth Report by Knight Frank shows that the number of Ultra-High Net Worth Individuals (UHNWIs) grew 9.3% between 2020 and 2021.

Nearly all regions saw an increase in ultra-wealthy people over the time period.

The above visualization from the report explores the global distribution of uber-affluent people.

Below, we’ll also look at how the populations are projected to grow in the future.

The World’s Ultra-Wealthy, by Region

UHNWIs are defined as having net assets of $30 million or more, including their primary residence.

Over the last year, the ultra-wealthy population rose 12.2% and 7.2% across these regions, respectively. 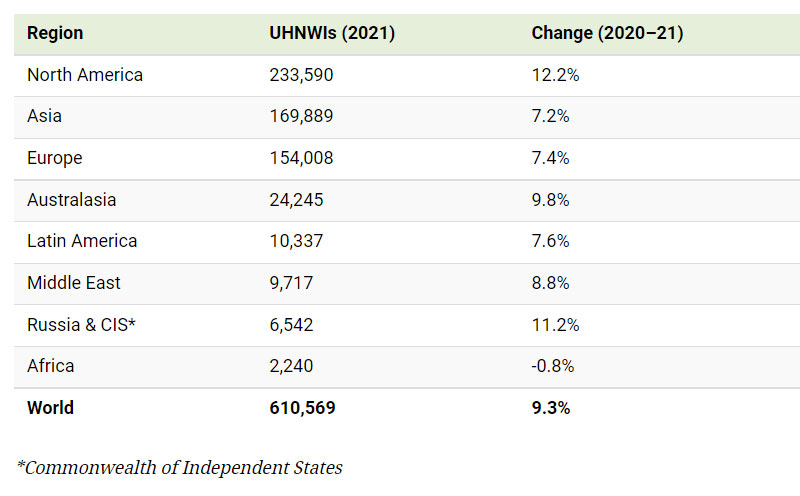 On a per-capita basis, Monaco is the highest worldwide, at five people per thousand residents.

However, the crippling sanctions and economic fallout resulting from the invasion of Ukraine could substantially impair oligarch wealth for many years to come.

How will UHNWI populations change in the next five years?

Globally, the number of ultra-rich is projected to increase a staggering 28% by 2026.

Asia is projected to have the highest growth rate, along with Australasia. 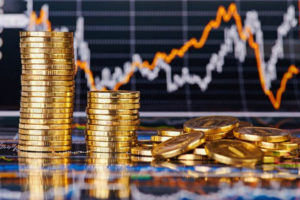 In five years, UHNWIs are set to rise 33% in both regions.

Singapore is projected to see its ultra-rich population grow 268%, while the ultra-rich living in mainland China are anticipated to grow over 42%.

Amid rampant hyperinflation, Argentina is estimated to see a 38% expansion in its ultra-wealthy population. 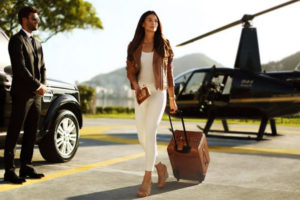 What is fueling this growth in UHNWIs worldwide?

Sky-high asset prices and a real estate boom are two drivers behind this trend, according to Knight Frank.

Ultra-low interest rates, which declined during the pandemic, are another.

Given cheap borrowing costs, the ultra-wealthy have more leverage to build their wealth, such as buying more property or investing in financial assets. 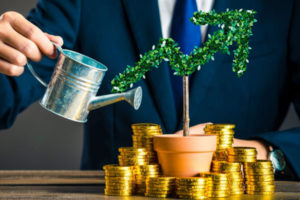 The IMF predicts that a post-pandemic recovery will be robust.

However, the crisis in Ukraine could pose meaningful risks to the global economy, especially for inflation and financial markets.

For instance, Russia contributes 12% to the global oil supply, a key factor behind inflation.

At the same time, Ukraine supplies 90% of America’s neon — an essential material used in the semiconductor industry — which could further exacerbate supply chain issues.

Guest author: Dorothy Neufeld, a financial writer covering investing and the economy. This article is republished from Visual Capitalist under a Creative Commons license. Read the original article.