What’s going to affect the value of my property in the long term?

If you're interested in property investment you're probably wondering what in store for property prices, not just this year but in the longer term. 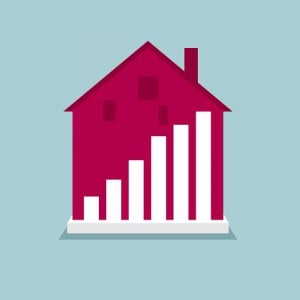 There are many theories about what makes property prices move, but in the simplest terms, there are two factors that determine price: supply and demand.

These factors are themselves affected by a myriad of smaller factors such as availability of financing, affordability and tax laws, to name but three.

So, what is my opinion on the future for Australian residential property?

Well, the markets have a tendency to make monkeys of those who try to make forecasts.

I will not make a definitive forecast, but instead I’ll look at the fundamentals of the market and the probabilities in order to make investing decisions.

Here are just a few of the fundamentals to consider:

The majority of immigrants will be heading for the capital cities, in particular to Sydney, Melbourne, Perth and south-east Queensland

Statistics on this vary significantly, but it is generally acknowledged that Australia has an acute shortage of dwellings in certain areas and is not building enough new properties to house the expected numbers of immigrants; this is especially true in some landlocked city areas

The target inflation rate of the RBA is 2 to 3%, although core inflation is a shade below the target at the time of writing

Generally, the population is marrying later, living in smaller two-income households for longer, and the younger generation overwhelmingly want to live near the CBDs of cities

The increasing population will mean denser traffic, and rising fuel prices will increase the importance of transport links to the CBD.

My opinion is that property will continue to increase in value, but we are unlikely to see the relentless double-digit growth that we have seen in past decades.

Crucially, credit growth is extremely unlikely to continue to expand at such a dizzying rate, and it seems to me that the RBA is likely to be far more hawkish on inflation than governing bodies of decades gone by.

I also feel that the events of and fallout from the sub-prime crisis of 2007-2009 may force the world’s central banks to adopt a slightly different approach – rather than only focussing on controlling CPI and turning a blind eye to asset-price inflation, they may take a more active role in the controlling and deflation of asset bubbles.

For these reasons, I rationalise that the most obvious proxy for future property market growth is likely to be the growth of household incomes: logically, the more people have to spend on their residence, over time the more they will spend (though immigration may make the growth rate slightly higher).

Over the last couple of decades, median household income growth has been very strong, at times close to 6% per annum, but this has been partly fuelled by a significant increase in the number of two-income households.

Looking forward, it is reasonable to believe that the rate of increase may be somewhat lower, perhaps nearer to 4-5%, and consequently median dwelling price growth is likely to be somewhat lower than it has in the past too.

While this might be a reasonable assumption to make for a longer-term average, it is worth noting that in the short term property prices rarely move in such a uniform manner.

History shows us that growth asset classes are likely to spend long periods with values either flat or falling before seeing a period of accelerated growth.

As property investors, we want to remain invested through as many of these boom periods as we can

Whether or not we have such high rates of inflation in the future remains to be seen, but we should note that the RBA’s target rate of inflation is now far lower than historical levels.

Property price growth is not the conspiracy that many people think it is.

Much of the increase in property values over time is simply driven by the inflationary nature of our economy.

Things will cost more in the future than they do now.

Unfortunately for the doomsayers, I believe that our property prices are likely to be heading upwards when we consider a reasonable time horizon.

In future decades, Australia’s property prices are very likely to be far higher than they are today.

The question is, if median property price growth in the future is only somewhere around 5% instead of the 7–10% that has been seen in the past, is property still an asset class we should invest in? For my money, the answer is an emphatic ‘yes’.

Remember that, as property investors, we are not too concerned with median price growth.

Specifically, in Australia I will be investing in two-bedroom, two-bathroom units (and sometimes even one-bedroom units) with parking that are in suburbs close to the CBDs of some of the major capital cities.

I will be seeking investment-grade units in the supply-constrained, lifestyle suburbs that have transport hubs or links for easy access to the city.

Nobody knows what the future will bring, but if the median price of property grows by 5% over future decades, as a property investor I will be looking for my portfolio to outperform the median growth by at least 2%.

I believe that these suburbs and types of properties will achieve that because they are highly sought after as a result of their local resources and facilities.

Properties in desirable suburbs are also impacted less by affordability issues than some of Australia’s housing stock.