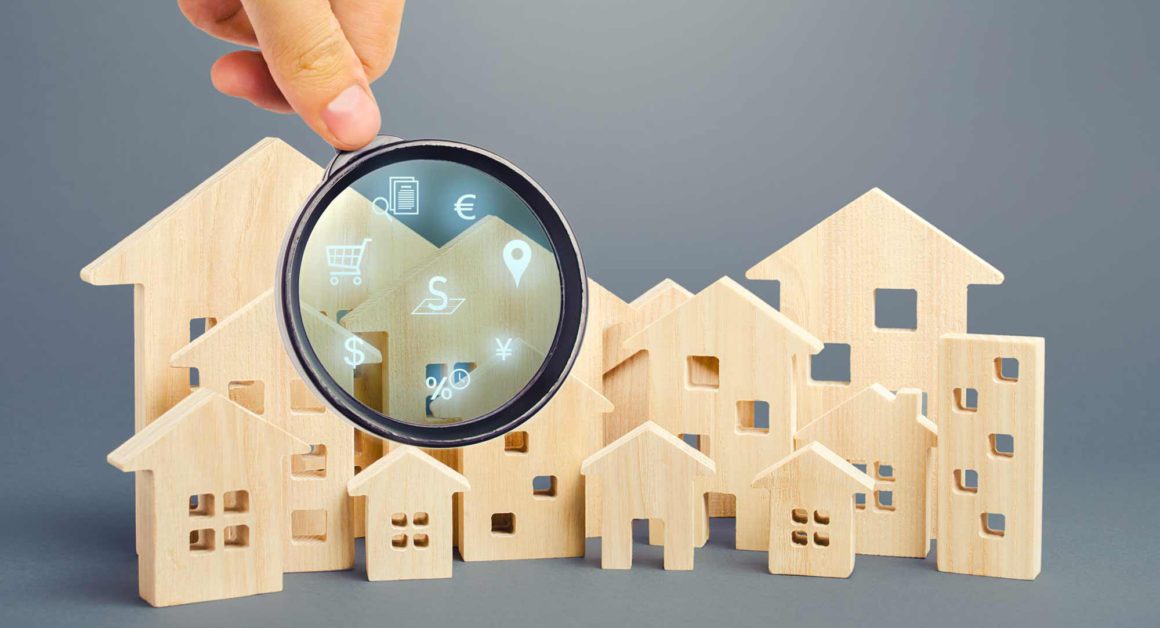 The largest monthly decrease were in Adelaide, Brisbane, and Perth.

Compared to a year earlier, listing fell the most in Hobart and Adelaide.

Canberra new listings jumped the most by 93.8% while Sydney also recorded a robust rise of 70.9%. 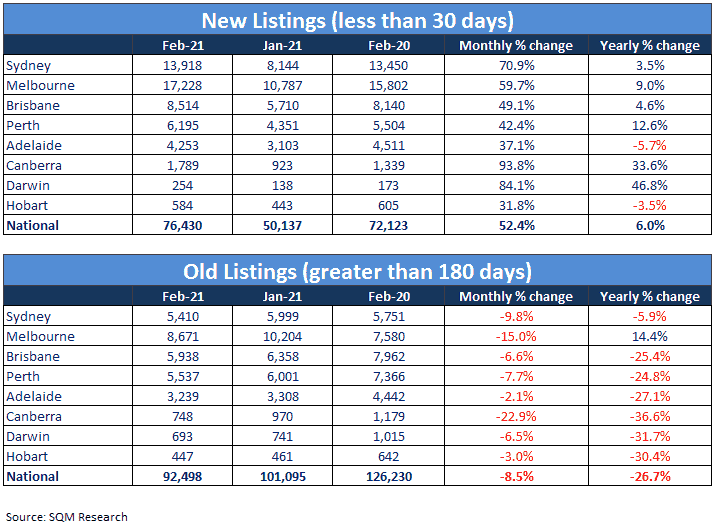 In a sign that absorption rates are increasing, listings over 180 days fell 8.5% for the month and are down 26.7% compared to this time, last year.

Only Melbourne recorded a year-on-year increase in listings.

The key takeaway from February’s property listing numbers is that despite the rise in new listings nationwide (year-on-year and month-on-month), absorption rates are picking up pace, so much so that total listings actually fell over the same period.  Right now demand is swamping supply.

And nowhere more is this the case than regional Australia.

Still, the big test is to come when JobKeeper ends at the end of this month.

If there is no evidence of a material fall in clearance rates over April, then nothing is going to stop the market until the day APRA steps to regulate lending in or we have a rate hike from the Reserve Bank.

Compared to a year ago, national asking prices posted increases of 8.2% for houses and 6.2% for units.

Regional locations have pushed up the national average in a sign that the rental demand of 2020 has now translated into buyer demand causing sharp rises in prices.

In contrast, capital city asking prices have been flat the falling over the same period with Melbourne dragging down the capital city average.

Sydney and Hobart recorded substantial month-on-month increases in asking prices for houses while units in Melbourne continued to be a drag on the market.