These are the top 10 richest people on the planet [Infographic]

The top 10 richest people on the planet have a combined net worth of $1.4 trillion.

For some context, that’s roughly the same size as Australia’s GDP.

Unfortunately there are no Australians in this list, but who are these ultra-wealthy individuals, and what’s the source of their wealth?

Here’s a look at the top 10 richest people on the planet, and how they’ve made their billions. 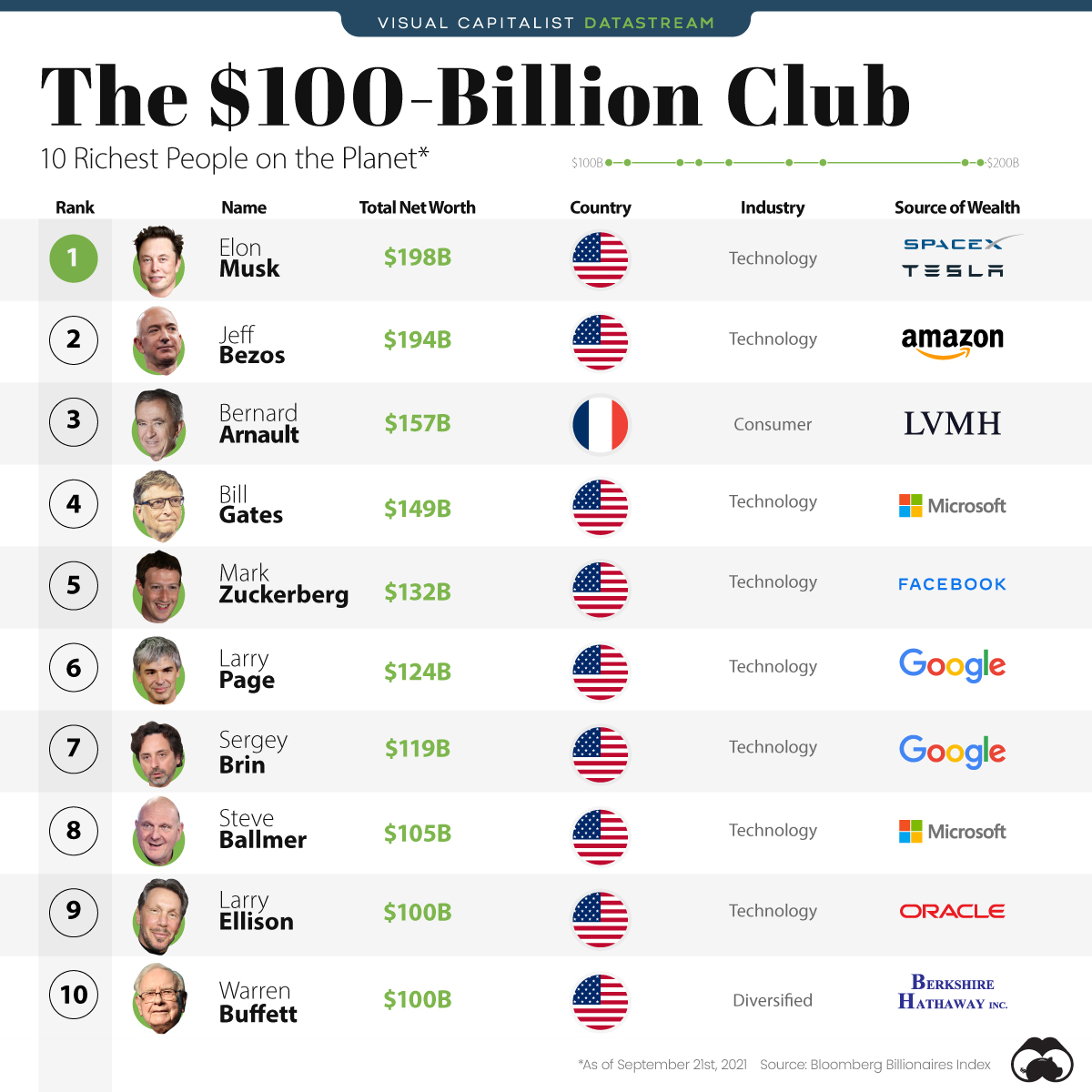 Elon Musk is currently the richest of them all, with a total net worth of $198 billion.

That’s $60 billion more than the entire group’s average of $138 billion.

This is fairly unsurprising considering how well Tesla stock has been performing over recent years.

While many skeptics expect the Tesla bubble to burst eventually—including famous investor Michael Burry—so far, the car company’s value has continued to surge.

With a current market cap of $768 billion, Tesla’s worth more than the next six largest car manufacturers combined.

Musk took the top spot from Jeff Bezos, who just a few months ago, held the title as the world’s richest person.

However, it’s worth noting that things could change at the drop of a hat, since the pair are constantly neck and neck.

When looking at this ranking, there are two obvious trends:

Considering America’s tech sector is only expected to grow in the coming years, it’s likely that American tech billionaires will continue their reign for the foreseeable future.

ALSO READ: The 25 Richest Countries in the World – Here’s Where Australia Sits [Infographic]