The rich are getting richer – wealth inequality in Australia

Yes, the rich are getting richer.

And the wealth gap is getting bigger.

Australia has become a millionaire factory.

And these millionaires control $2.77 trillion in investable assets (up 37%).

But let's not forget that many people in the world would happily swap places with the poorest Australian.

The rich can't keep getting richer forever - can they?

Well...Australia has long been thought of as the land of the middle class but research earlier this year comparing the upper, middle, and lower rungs of the nation’s wealth and income show that's not really the case.

The richest tenth of households owns almost half Australia’s private wealth followed by a “comfortable middle" of 30 per cent with 38 per cent, leaving the lowest 60 per cent - who tend to be younger – with 16 per cent of household wealth. 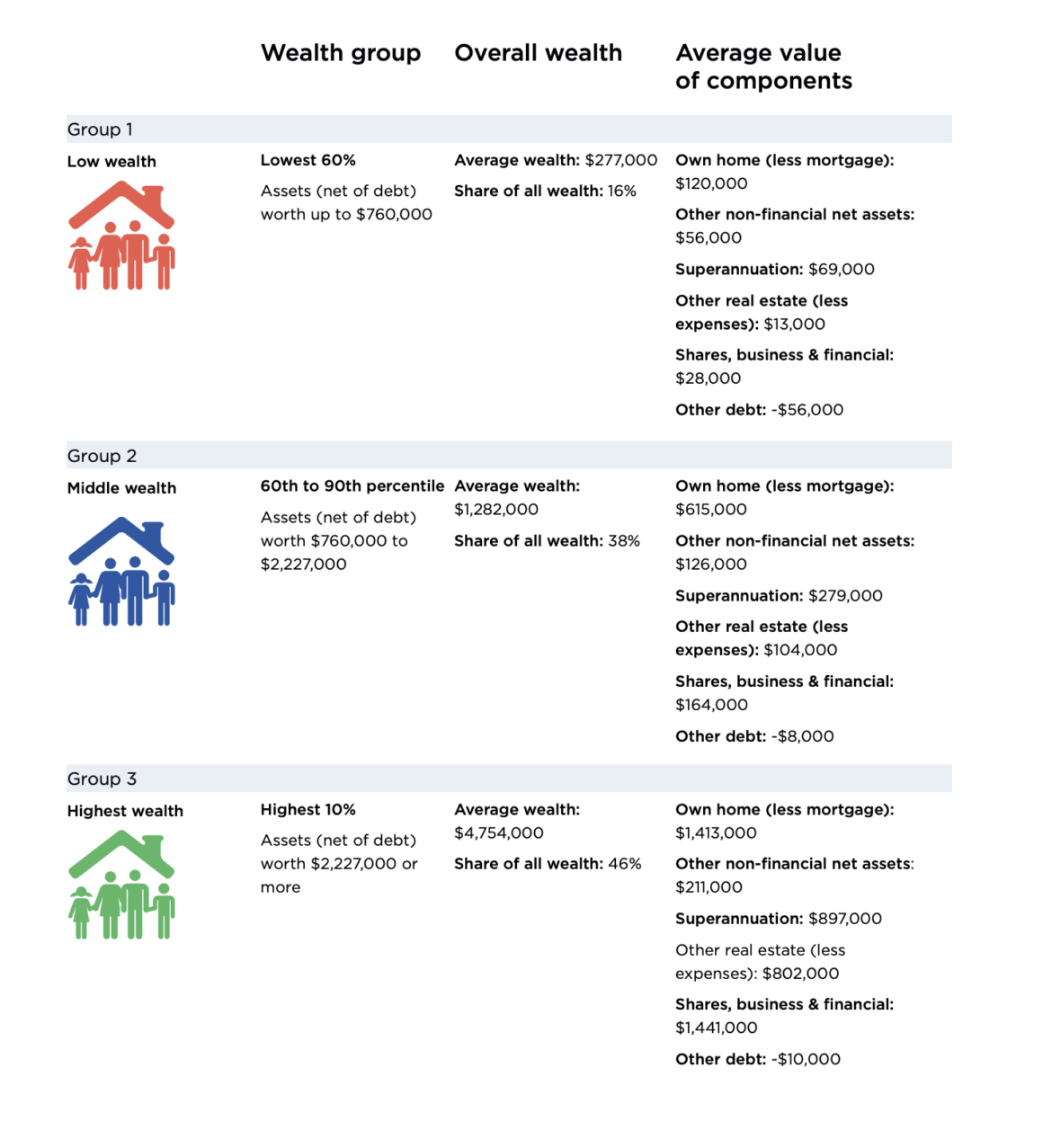 The report Inequality in Australia 2020, Part 2: Who is affected and why shows the average net worth of the richest ten per cent reached $4.75 million in 2017-18 and owns 46 per cent of household wealth which is underpinned by property assets, superannuation, shares and business investments.

The next wealth rung – the comfortable middle – had an average household net worth of just under $1.3 million. About half of that group’s wealth is tied up in their own home although investment properties (with a net value of $104,000 on average) and superannuation also make substantial contributions.

The bottom 60 per cent of Australian households had an average wealth of $277,000, with owner-occupied housing and superannuation the biggest assets.

YOU MAY ALSO BE INTERESTED IN READING: Australia’s Income and Wealth Distribution

Some other interesting findings: 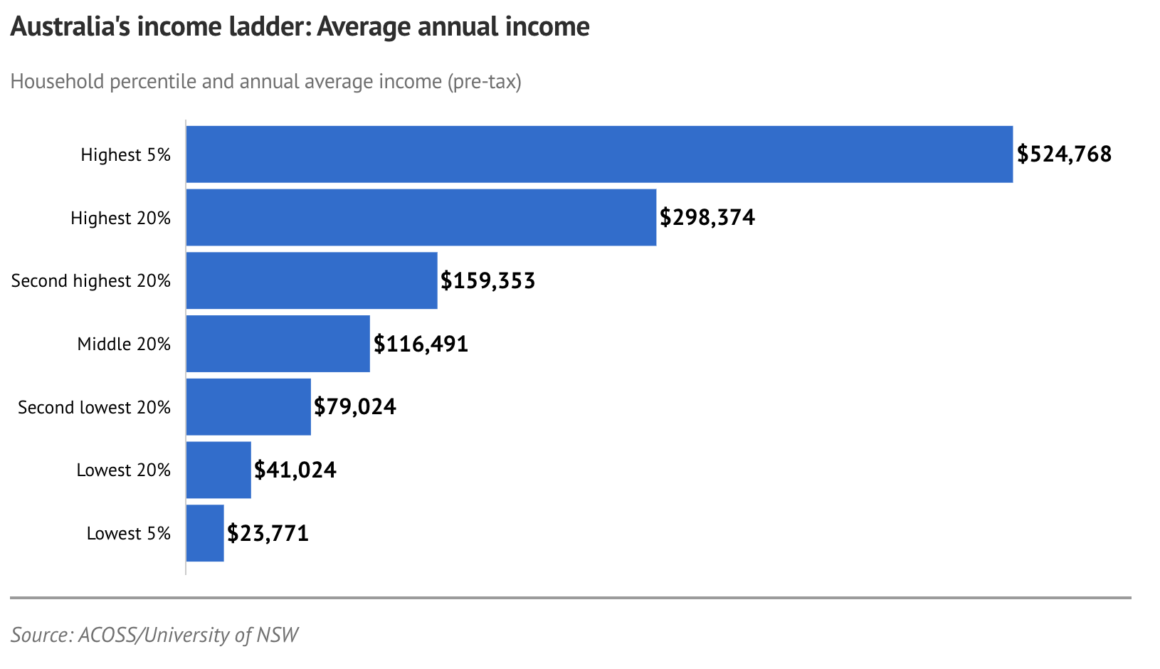 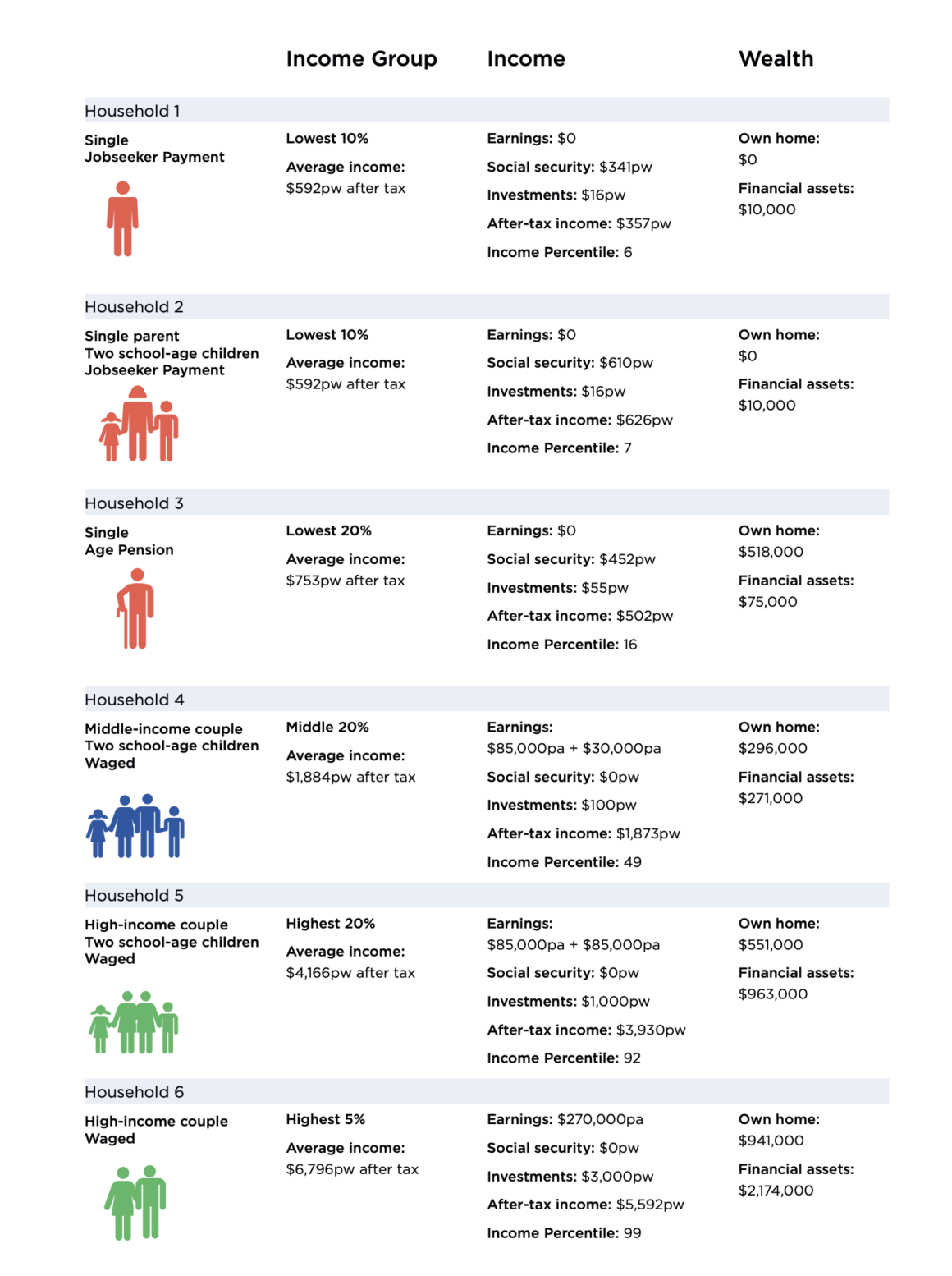 The combined wealth of Australian billionaires has risen by more than 50% over the past year, new figures show, prompting concerns that the pandemic-triggered recession has “turbocharged” the gap between rich and poor.

The combined net worth of Australia’s billionaires dropped in March – when Covid-19 restrictions ramped up – before rebounding strongly and increasing throughout the course of the year, according to the Bloomberg Billionaires Index.

The combined worth of Australian billionaires was assessed to be 52.4% higher this week than at the same time last December.

By comparison, billionaires in the US and UK recorded an increase of about 25% over the same period, the Bloomberg index shows.

ALSO READ: This is why the Rich Get Richer

Thanks for pointing that out

One problem with the report you are quoting is that it uses 'averages' rather than 'medians'. This will amplify the inequality and hence is misleading. For instance, the average Australian household wealth may be over $1m, but the median wealth is a ...Read full version