Which are the richest countries in the world, by nominal GDP per capita?

This map looks at the top 25 countries and Australia sits at # 10.

Yes despite the pandemic, the average Australian is wealthier than ever.

Despite all the challenges Covid has thrown at us wealth is up 19.7% on a year ago – the strongest annual gain in over 11 years.

In fact Australian households have never been wealthier. 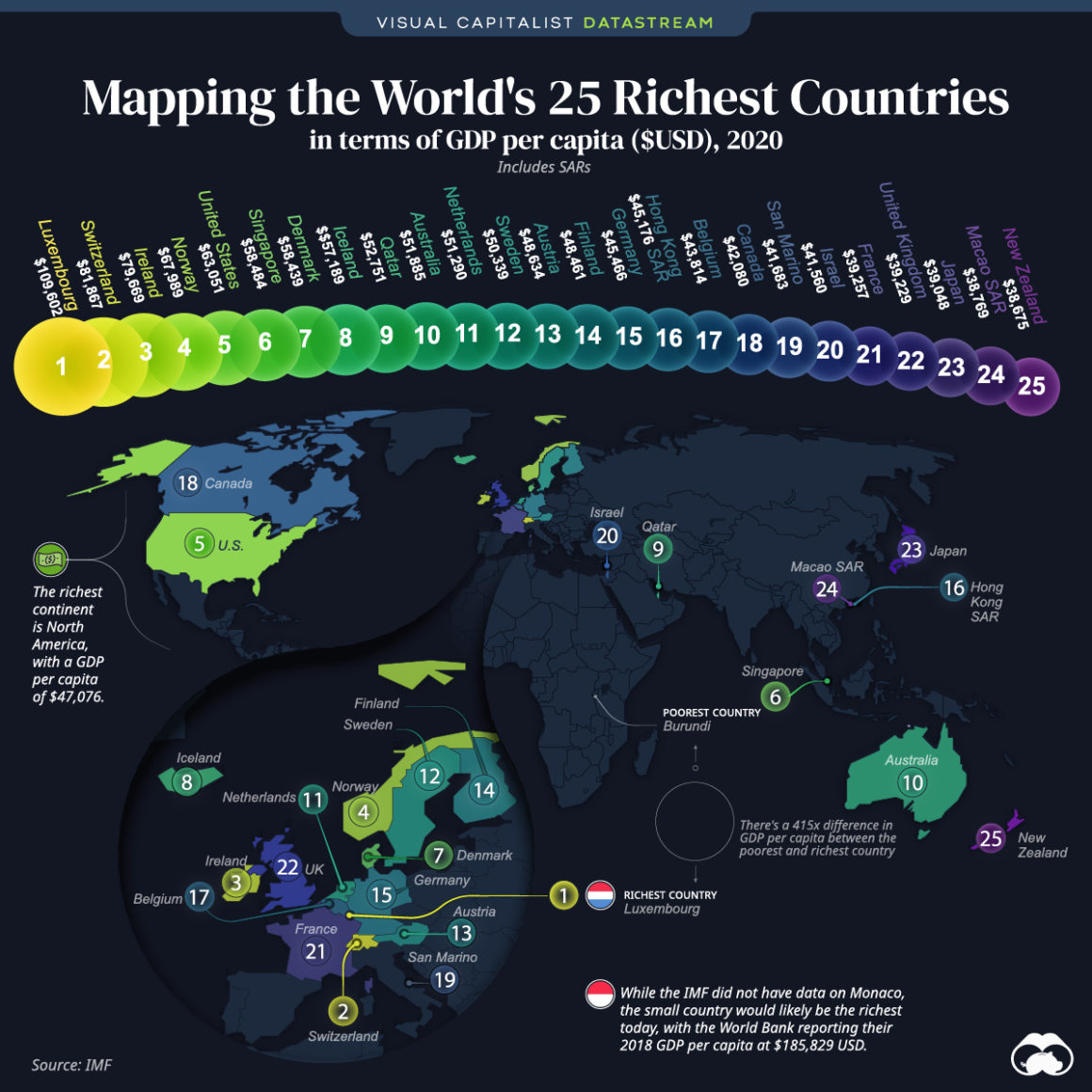 Interestingly Luxembourg with a population is just under 633,000 is the richest country in the world on a per capita basis.

So how did these countries become so well off?

Looking at history, most high-income countries went through a similar linear journey.

In Luxembourg today, one of the top industries is banking and financial services, for example.

Here’s a look at some of the top industries in the next five richest countries:

The world’s wealthiest economies will likely remain on top for the foreseeable future, though some may experience plateauing growth.

In Japan, for example, the domestic market is beginning to shrink due to an aging population.

Nearly all of the world’s poorest countries are in Africa, though Haiti, Tajikistan, Yemen, and Afghanistan are notable exceptions. 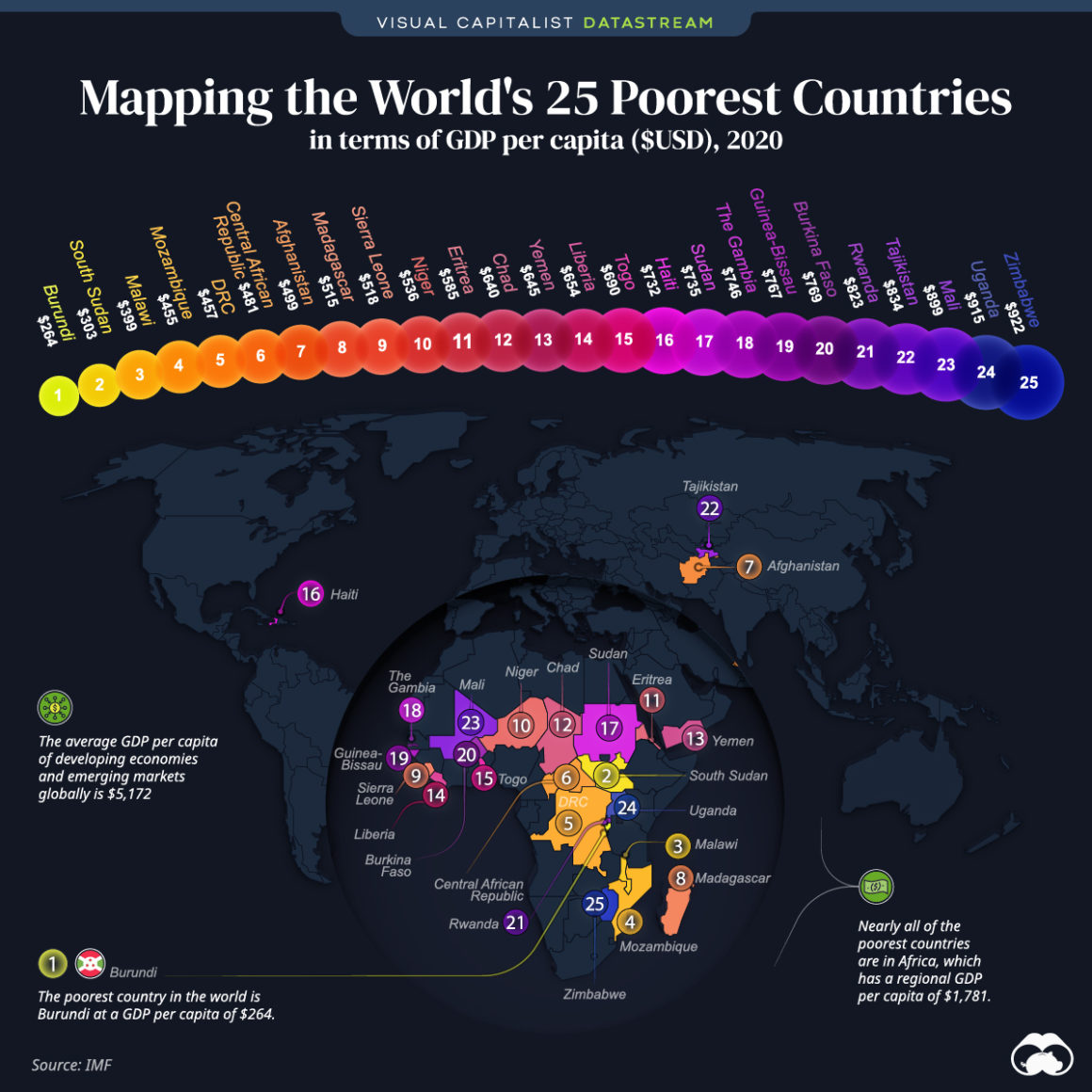