Vacancy rates across Sydney are verging on crisis levels, according to data released by the Real Estate Institute of New South Wales.

The March 2014 REINSW Vacancy Rate Survey saw the number of properties for rent across Sydney drop 0.3 per cent at 1.4 per cent.

These figures are bad news for tenants who have little choice in accommodation and will be faced with rising rentals in what is currently a landlord’s market.

“We haven’t seen vacancy rates right across Sydney this low since November 2011, Sydney is going backwards in regard to properties available for rent. Something must be done to ensure that there is a greater level of choice for those seeking to secure a rental property in Australia’s biggest city.”

The chart below shows that Inner Sydney vacancy rates fell 0.2 per cent, the lowest across the metropolitan area, to 1.3 per cent. 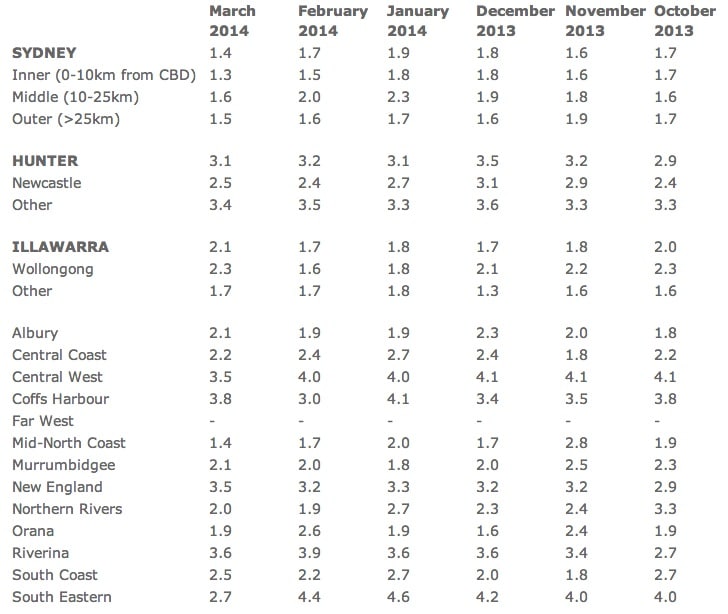