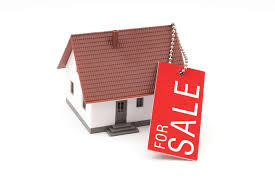 At an aggregate level, the number of new listings added to the market over the past four weeks is higher compared to last year; however this isn’t standard across all regions and is mainly being driven by strong housing markets in Sydney and Melbourne.

Historically, at the end of August, new listings begin to increase and based on activity over the past two weeks, this year is no exception.

Generally, new listings then continue to ramp up throughout September, peaking in November prior to the end of year slow down.

On the other hand, the number of residential properties available for sale across all other capital cities is lower than one year ago, by as much as -11.2 per cent in Hobart and as little as -0.5 per cent across Sydney.

Nationally, there are currently 232,000 residential properties available for sale, with 41,864 added to the stock pool over the past four weeks.

Over the same period one year ago, there were close to 3,000 additional properties available for sale.

In all other states and territories there are fewer new listings being added to the market than one year ago.

'Stock levels still higher than last year' have no comments