Comparing house prices in different jurisdictions is arguably of limited use, but it’s nevertheless an interesting exercise to see how markets in different countries have performed over time.

Indexing to a base of 100 in the year 2010 and looking at a selection of countries shows how prices in Hong doubled before a recent correction.

New Zealand has also seen a thunderous 60 per cent increase in nominal prices, while Canada is not too far behind at 42 per cent.

The increase over the corresponding seven years in Australia was lower at 31 per cent, reflecting that while some markets have seen very strong growth – mainly Sydney – others have essentially been treading water.

Residential prices in Ireland have now recovered to where they were in 2010, but remain well below their pre-financial crisis peaks. 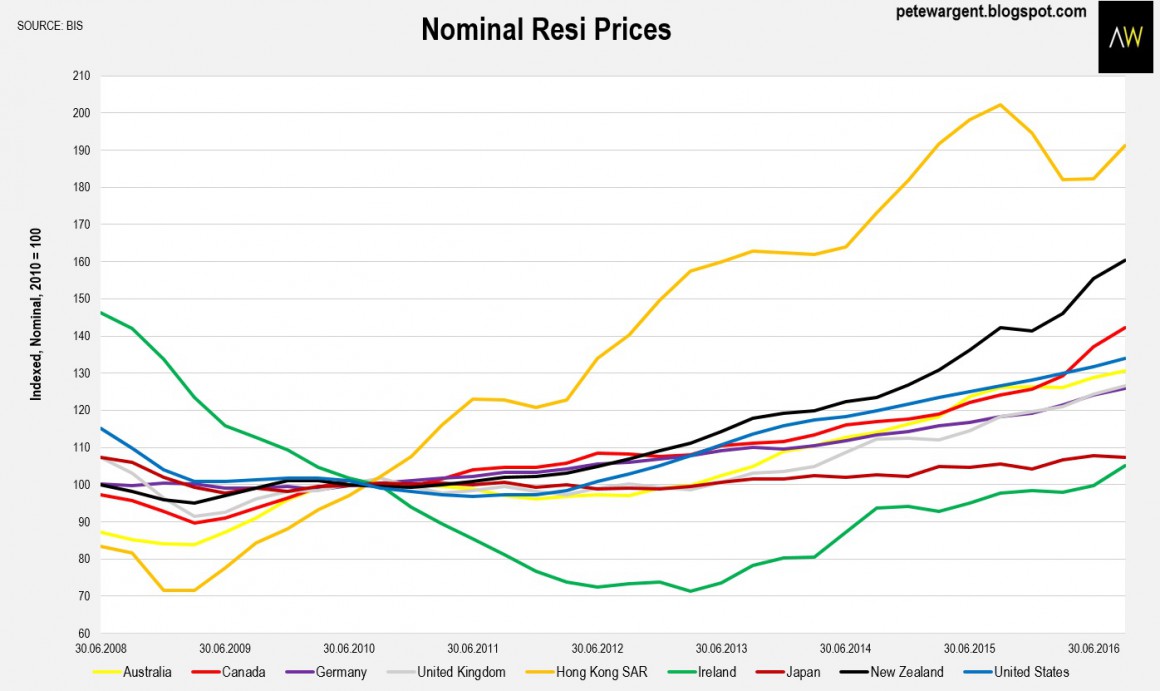 Here, New Zealand looks like an outlier recording huge 47 per cent growth in real terms, comfortably outpacing Canada at 29 per cent, and Australia at less than 15 per cent. 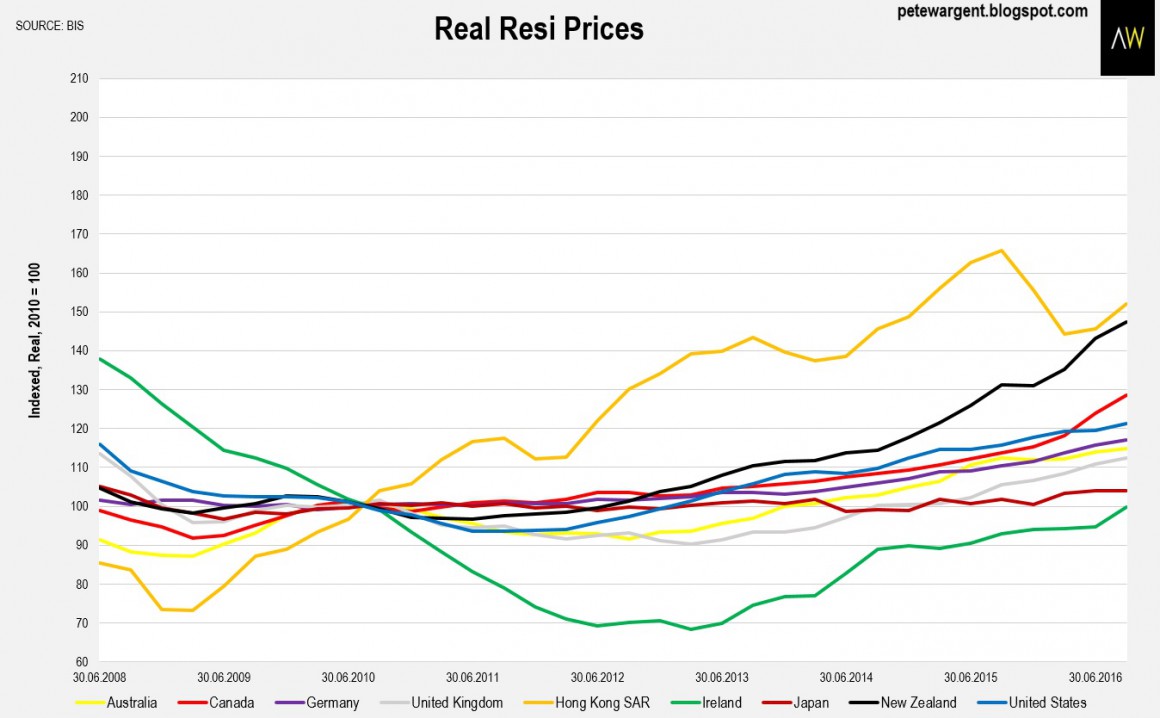 Of the countries selected above, only Ireland has not seen prices increase in real terms since 2010, reflective of monetary policy stances globally.

'Property prices around the world' have no comments