Much has been written of late about Australia’s rate of population growth.

Some say high migration is needed, others it is a Ponzi scheme.

A few are suggesting a plebiscite to set an annual target.

This week we will look at past population growth and the current projections.

If I was to have a stab at it I would say that, unless we substantially change things; these four key urban trends are very likely to happen in coming decades:

1. The world’s population will continue to grow – mostly in the developing world - but also in places like Australia and in many other parts of the Pacific too. 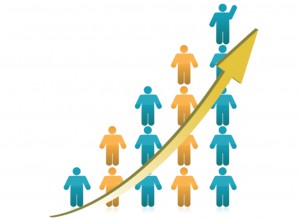 2. Technology's impact will continue to grow (note I didn’t say advance) and the things that are needed in this new tech (minerals etc.) will be in increasing demand and this works well for Australia.

3. China’s middle class will increase, growing the demand for services, places to visit and live.
Australia is in a pole position here but we have to get our heads out of our backsides.
Too many seem to think that China’s 1.4 billion are here to serve us 25 million Australians.

4. Urbanisation will continue to accelerate, not only in developing nations but western countries as well, including Australia.

I could argue that piling more people into Sydney, Melbourne, south east Queensland and Perth, is, under current conditions, causing more harm than good, but the trends and forecast suggest that this will continue, and in fact, is likely to hasten in the future.

And much of this growth, close to 80%, will take place in just four urban areas being:

For more detail see our table below:

For mine Sydney and Melbourne’s projections are light – they will most likely be closer to 100,000 per annum over the next decade – and whilst the Western Australian’s economy appears to be on the mend, Perth isn’t likely to see a 70,000 annum increase in population in coming years.

I think something like 50,000 per annum is more likely.

South east Queensland’s projection, whilst higher than the past ten years, feels right.

It could be higher if more sub dividable land was made available in the Brisbane City Council area; west of the M1 on the Gold Coast and along the railway towns on the Sunshine Coast.