Not Every Thought Needs to Come Out of Your Mouth

My Aunt Peg was one of my early mentors in life.

She always said what was on her mind and bragged about it.

I loved seeing my Aunt Peg go to town on someone and watching their reaction, which was usually not a good one. 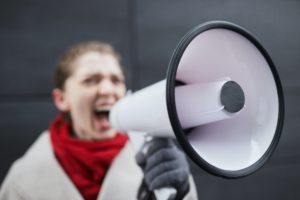 At my Aunt Peg’s funeral, many years later, when I was an adult, I noticed that only two friends showed up to pay their respects.

Besides the family and those two friends, the church was empty.

Speaking your mind, I realized at that funeral, may not have been such a good thing.

Speaking your mind and wealth-building...

Fast forward to 2009, as I was wrapping up my Rich Habits Study, I came across a data point that brought me all the way back to my Aunt Peg’s funeral – 94% of the wealthy in my study said it was a bad habit to say what’s on your mind.

These self-made rich people said that they made it a habit to filter every thought before it came out of their mouths.

The wealthy believed that making a habit of saying what’s on your mind could damage important relationships.

Conversely, 69% of the poor people in my study believed, like my Aunt Peg, that it was a good thing to say what’s on your mind.

Saying what’s on your mind sounds noble, even admirable.

And the hurt unfiltered words cause can destroy relationships.

The self-made rich in my study figured this out long before they made their first million.

And that is one of the reasons they were able to build their wealth.

ALSO READ: 10 lessons you can learn from the rich and successful