Midweek v weekend: When is the best time to auction your property?

Saturday might be the most popular day for property auctions, but it isn’t necessarily the most successful, new data has shown.

A recent Domain auction report has shown a surge in demand for midweek auctions, off the back of Australia’s booming property market. 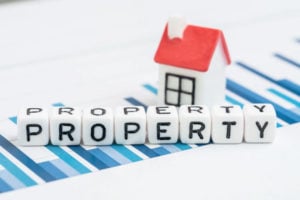 Throughout 2021, sales volumes, supply, and prices hit record highs, forcing real estate to redistribute auctions outside of the traditional Saturday in order to cope with demand.

But whether an auction is held midweek or at the weekend, is there really a difference in the auction outcome?

Domain data over the past five years shows sellers have a higher chance of auction success on a weekend compared to midweek.

In fact, clearance rates have been higher during the weekend compared to midweek for every single year for the past five years. 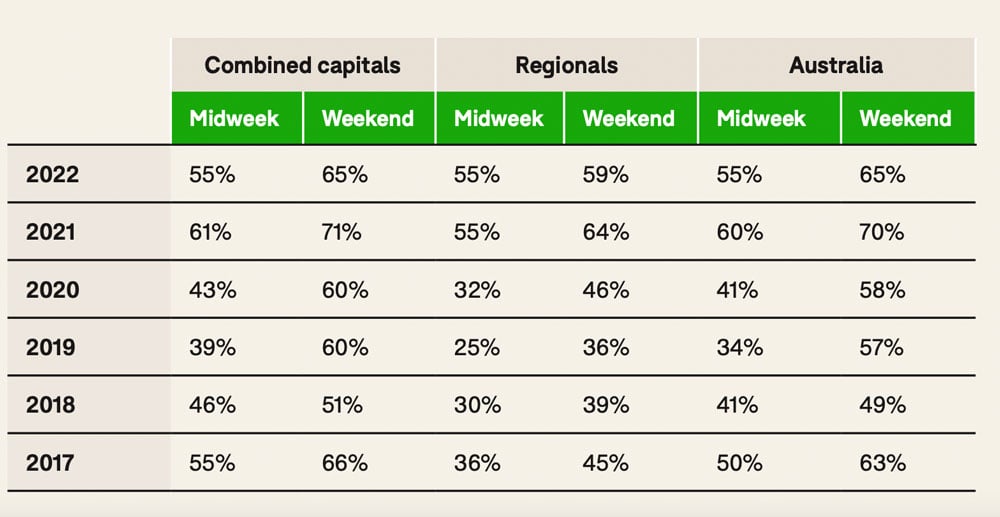 Nationally, the data shows that in 2021 there was a 10 percentage point greater chance of successfully selling your property if going to auction on the weekend. 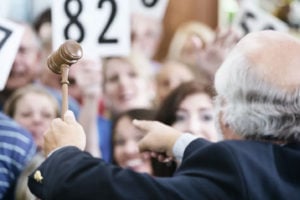 But what is also clear is that midweek auctions have seen a huge improvement in their clearance rates compared to the weekend, when comparing 2017, 2019, and 2020 to 2021 across Australia, the regionals, and combined capitals.

This means not only are midweek auctions growing in popularity, but they are also seeing the greatest improvement in selling success.

And the trend appears to continue into 2022.

Ok, so which is the best day of the week to auction a property?

The data shows, unsurprisingly, that all cities had a higher clearance rate on a Saturday.

But interestingly there are other days that come in a close second - Thursday in Sydney and Canberra, Sunday in Melbourne and Brisbane, and a Friday in Adelaide.

Monday produced the poorest result across Sydney, Melbourne, Adelaide, and Canberra, with Tuesday being the weakest performance, by far, in Brisbane.

Overall, Monday provides the weakest clearance rate for vendors, with less than 40% of properties being successful at auction.

Clearance rates by day in 2021 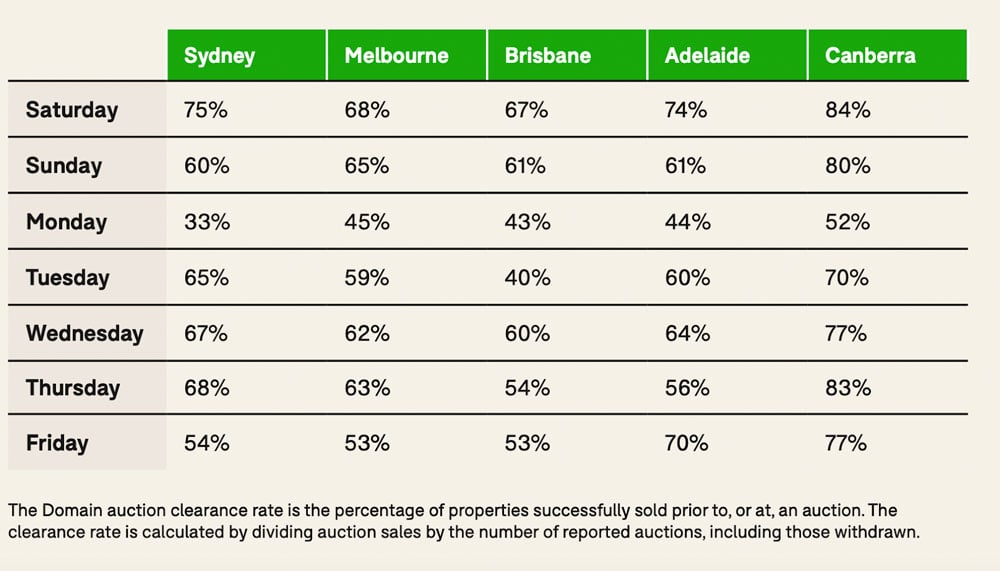 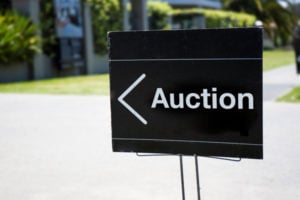 No matter the market conditions, timing is everything, whether you’re a buyer looking to secure a home under easing auction conditions, or a seller wanting the best chance of success.

As Domain’s report shows, maybe Saturday is, after all, the prime time to auction to achieve the highest chance of selling.

But it is important to note that there are some days in the week that come a close to second places, such as Thursday.

“It’s always challenging to question the status quo, going against the auction grain and heading under the hammer outside of a Saturday,” the report said.

“If the pandemic has taught us anything, trends and behaviours can change over time, and that change has clearly commenced.” 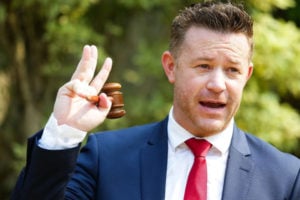 “For the time being though, it appears a traditional Saturday auction remains the golden day for popularity amongst sellers and the greatest chance of selling success.”

“One thing is clear though, midweek auctions are, without a doubt, a growing trend.”