The weekly median rent for houses in metropolitan Melbourne remained at $450 in July.

In regional Victoria, the weekly median rent for houses remained at $330 per week. 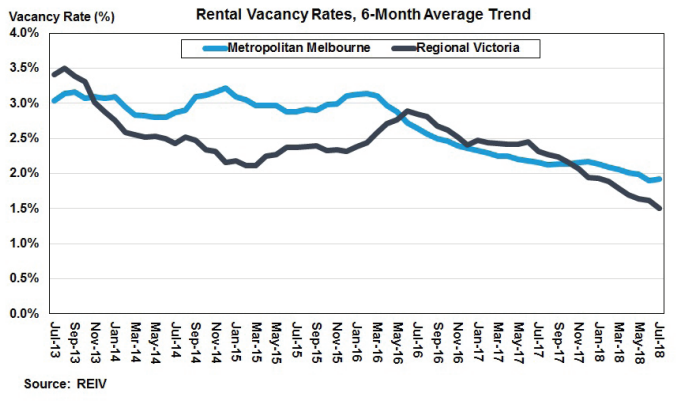 The weekly median rent for units rose $10 to $430 per week in metropolitan Melbourne and fell $20 to $255 per week in regional Victoria.

Vacant rate across metropolitan Melbourne was at 1.9 per cent in July. 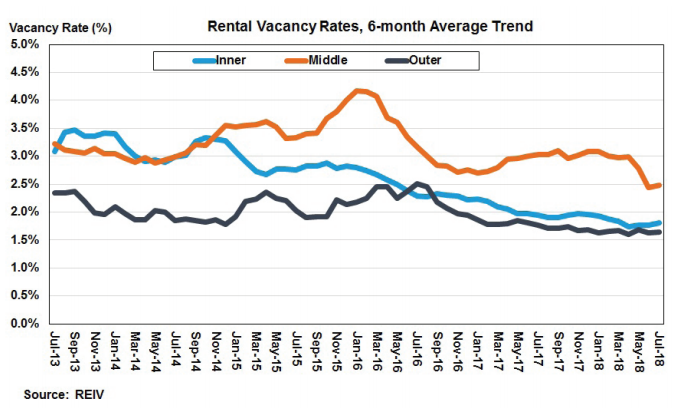 The vacancy rate in regional Victoria fell to 1.5 per cent in July. 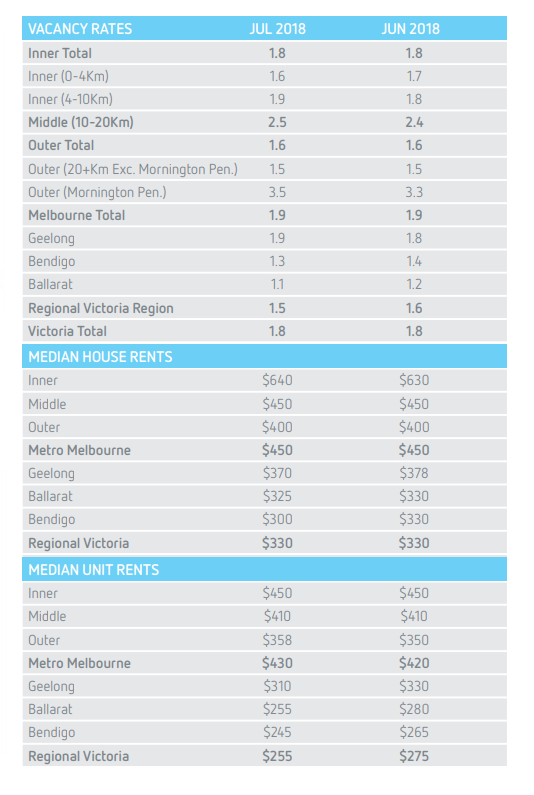 The vacancy rate in the Ballarat region fell to 1.1 per cent, while in the Geelong region vacancy rate rose to 1.9 per cent.

The vacancy rate in the Bendigo region fell slightly to 1.3 per cent.