What would low population growth mean for Australia?

Of this, natural population growth contributed over a third (144,000) while overseas migration contributed the rest (237,000 people).

The pressure is growing for just such a change in policy, and many in industry fear the worst for Australia — especially property — should our growth rates slow.

The data sources aren’t consistent from one measure to the next nor are the time periods the same for each country due to differences in reporting times (and data availability) but the results are pretty confronting nonetheless.

First, some countries with low rates or negative rates of population growth are listed below.

Australia is there for comparison purposes only – our rate of population growth easily eclipses this group.

Is there an obvious correlation between population growth and the economy and housing?

The answer it seems is no.

Japan’s population is shrinking, but its GDP per capita is healthy and on a par with the UK and NZ and certainly among the wealthier of nations by this measure.

Its housing, relative to incomes, is on average cheaper than the Australian average (for all major markets… Sydney and Melbourne are of course in a league of their own) and Japan is experiencing housing price growth of around 1.46% - even with a shrinking population.

Denmark also has a very low rate of population growth but a high GDP per capita and modest housing price growth.

The Asian tiger economies like Taiwan and Hong Kong have negligible population growth rates but high GDP per capita and in HK’s case, outrageously expensive housing which has been rapidly rising in price.

Canada and New Zealand have rates of population growth that are roughly half ours while their GDP per capita is high by global standards.

They also have expensive housing markets and high rates of price growth.

(Australia’s high GDP per capital reflects our high value resources exports with a relatively small population, leading many to argue that a growing population only dilutes our prosperity given resource sector exports are not related to population).

Here is the table showing a selection of low population growth countries compared with Australia:

So economic prosperity and housing markets are not, on this sample at least, connected to high rates of population growth.

There are nations very similar to ours with much lower rates of population growth but which are equally prosperous and with equally healthy (or too healthy?) housing markets. 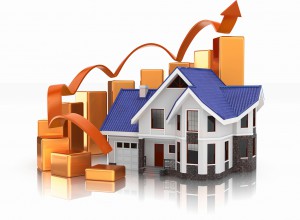 What about nations with higher rates of population growth than Australia?

I’ll leave you to peruse the list below (which lists all countries with population growth above our 1.6% per annum) and choose where you’d rather live.

In the meantime, where does this leave us?

Do we still need “a big Australia?” and is high growth essential to our prosperity?

Personally, I have always believed we need a larger population to give us a critical economic mass across a range of measures and for many different reasons.

Equally though, it seems odd in a country so large as Australia to concentrate nearly all growth in mostly two cities and ask them to bear the infrastructure burden to cope with that growth while other regions perfectly capable of absorbing growth with less stress are overlooked.

It’s going to be an interesting and ongoing debate and opinions will not be in short supply.

Pro-growth and anti-growth proponents will dig their trenches and wage their wars.

The evidence (also known as truth) is — as the saying goes — the first casualty in war and this will probably be no different.

But hopefully a quick look at the evidence might leave some of us better informed.

Balanced arguments, while possibly overlooked in the short term, may just find an eventual foothold in public policy debate about a very important topic.

Now here’s that list of countries growing faster than Australia, in descending order: