Investors are now roaring back into booming housing markets across the country to cash in on currently surging home prices.

The ABS reports that the value of national investor lending seasonally adjusted increased by 12.7% over March to $7.8b – the highest monthly total recorded since the similarly strong market conditions of August 2017. 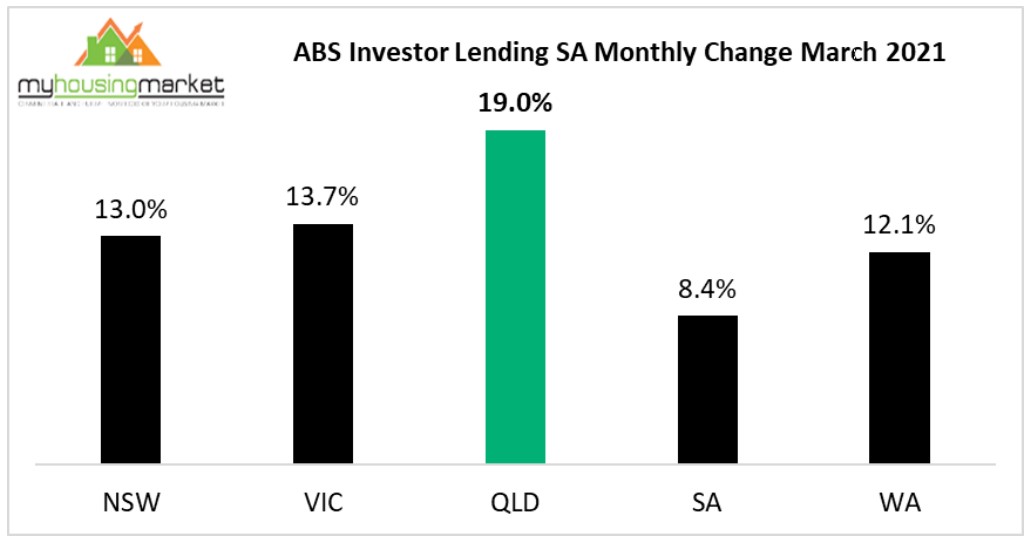 Although investors are predictably now returning to red-hot housing markets, the market share of total residential lending by this group remains well below average long-term levels.

National investor market share increased to 21.8% over March compared to the average rate of 33.0% and now just ahead of first home buyer activity at a 19.3% loan market share.

NSW remains the most active state for investors with a local residential loan market share of 36.9% and also accounted for 36.9% of national investor activity over March. 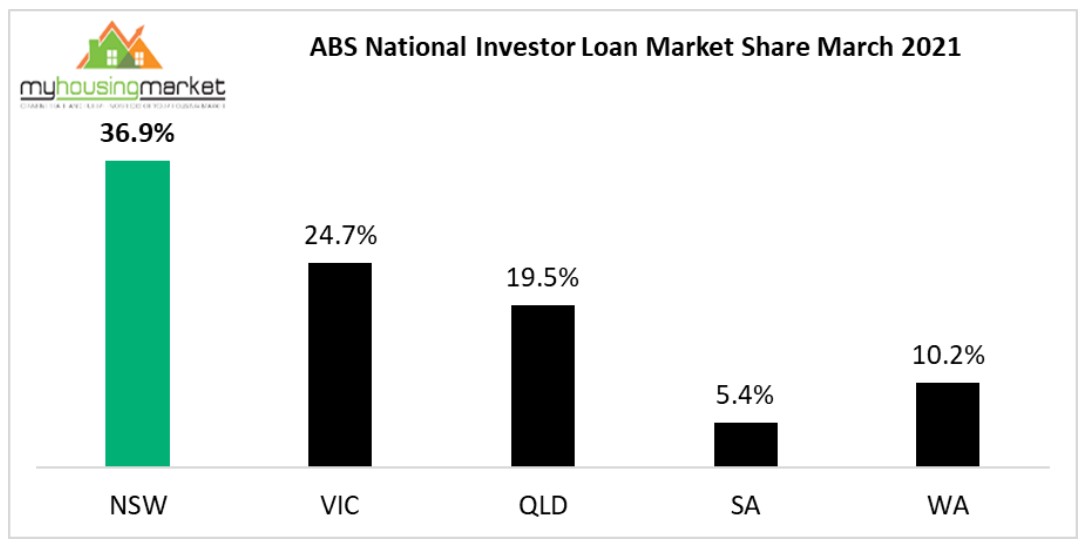 Increased investor activity will add to upward pressure on home prices, although more recent signs of activity are indicating an easing in growth levels.

First home buyer activity continues to fall as affordability declined in the face of soaring home prices and government incentive policies conclude or are diminished.

The ABS reports that the number of loans approved nationally for first home buyers seasonally adjusted over March fell by 3.1% to 15,623 – the second consecutive monthly fall in lending and the first back-to-back decline since the Covid-Impacted market of May 2020.

Despite the consecutive monthly declines, first home buyer activity remains a remarkable 65.1% higher over the first three months of this year compared to the same period in 2020.

Despite various national and state government support policies, first home buyer average loans have increased over the past year in all states with NSW up 4.3%, VIC up 1.5%, QLD up 3.4%, SA up 2.2%, and WA up 2.1%.

Although first home buyer activity clearly remains strong with underlying activity still the highest since the 'record period' of 2009, the prospects are that activity will continue to decline as price increases push many out of the market.