Twenty-three-year-old, Ashleigh Petrie nominated her mother as the sole beneficiary of her super. 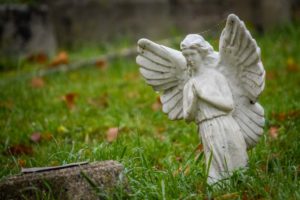 However, Ashleigh’s 63-year-old fiancé was successful in claiming her full super balance after she died in a car accident.

Ashleigh was in a relationship with her fiancé, Rodney Higgins for only 7 months (living together for four of them).

This story highlights the pitfalls and limitations of super fund death benefit nominations.

Superannuation doesn’t form part of your will

A super fund is a type of trust.

That means that no one has an entitlement to any super funds until the trustee makes an election to distribute monies i.e. pay a super benefit.

As such, superannuation does not (initially) form part of your estate and therefore is not covered by your Will.

The trustee of your super fund must decide who is entitled to your super balance including any life insurance benefits (if the policy is held inside super).

There are two types of death benefit nominations:

As the name suggests, trustees are bound to follow the superannuant's instructions as long as they comply with the super laws (SIS Act).

Binding nominations can either be ‘lapsing’ or ‘non-lapsing’.

Lapsing nominations are valid for up to three years but can be changed at any time.

However, a lapsing nomination cannot be updated if the superannuant loses capacity (although their attorney may be able to update it).

Non-lapsing nominations do not need to be updated each year and therefore can offer a greater level of certainty for succession planning.

Non-binding nominations provide guidance to the trustee as to how to pay a death benefit.

However, ultimately, the trustee still has discretion as to who to pay a benefit to.

If a person’s super is in the pension phase, some super funds allow reversionary nominations.

A reversionary nomination instructs the fund to continue paying a super pension to their nominated beneficiary such as their surviving spouse.

Who can you nominate?

According to the super laws (SIS Act), super must be paid to your dependent/s.

If you do not have any dependents, your super must then be paid to your Personal Legal Representative which is the executor (or administrator if you don’t have a will) of your estate. 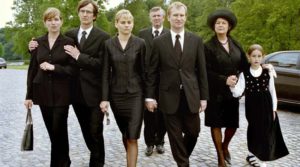 That is, super will then form part of the assets of your estate and will be dealt with according to your Will.

The super laws define a dependent to include (1) spouse including de facto relationships and same-sexual partners, (2) children of any age including step and/or adopted children, or anyone deemed to be a child of the member under family law and/or (3) a person that was in an interdependent relationship with the member (which involves cohabitating with the member and one or both persons provide financial and domestic support).

If the superannuant doesn’t have any dependents, the super benefit must be paid into the deceased’s estate (Personal Legal Representative) and they will be distributed according to their Will.

If they don’t have a will, then benefits will be distributed according to the succession laws in that jurisdiction.

Who should you nominate? 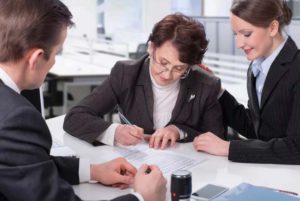 A super benefit paid to a financial dependent will be received completely tax-free.

It is important to note that a financial dependant must meet the Income Tax Act definition to avoid any tax.

This differs from the super law definition.

According to tax law, a dependent is defined as a current or former spouse, a child under 18 years, anyone in an interdependent relationship, or any person that was financially dependent on the deceased prior to death.

Therefore, to avoid a super benefit payment being taxed, generally, we advise our clients to nominate a financial beneficiary.

Most people nominate their spouses.

How are benefit payments taxed otherwise?

If super is paid to a non-beneficiary, any tax liability is deducted by the estate before the payment is made to the beneficiary.

The amount of tax depends on the benefits' components:

When can things go wrong…

Returning to Ashleigh Petrie’s example which I cited at the beginning of this blog, it might now be obvious why her super fund paid the benefit to her fiancé.

The reason was that her mother did not meet the definition of a dependent whereas her fiancé did. 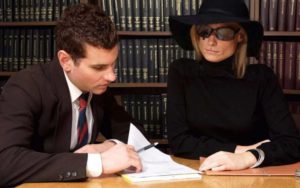 What she should have done is nominated her Personal Legal Representative i.e. her estate.

Her (valid) Will could have nominated her mother as the sole beneficiary and her wishes would have been carried out.

Care should be taken when completing super benefit nominations.

You should make sure they are completed correctly, up-to-date, and adequately witnessed (usually by two adults that are not beneficiaries).

Firstly, they do not lapse after three years.

Secondly, they do not have to comply with the super dependency laws, as long as the SMSF Deed doesn’t specifically require it.

This means that an SMSF member may complete a binding death benefit nomination, nominate a non-dependent and the trustee is obligated to follow those instructions. 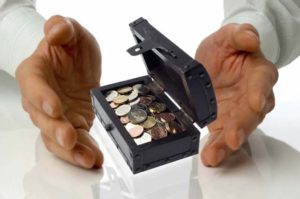 Once you know what you are doing, they are usually easy to check and update if necessary.

I suggest you check that your nominations are current and accurate this week.

ALSO READ: The top 3 mistakes people make with their super

Glad we could help

Thank you so much for this article. I did have the "wrong" choice even though I have chosen my sons as beneficiaries. It is now changed to binding (non-lapsing) and added to the will to prevent my separated husband from claiming anything. Again thank ...Read full version