Early signs of an improvement in housing markets

Our property markets are on the move.

CoreLogic data is showing early signs of improving housing market conditions, predominately across Sydney and Melbourne and with some level of improvement in the areas where values previously recorded comparatively large falls.

Over the three months to July 2019, national dwelling values continued to decline, falling by -0.5%, however, he noted that the monthly rate of decline has been slowing right throughout 2019 with no change in values throughout the month of July.

The improvement in market conditions was more evident across the combined capital cities, while the combined regional markets have seen the magnitude of declines trend higher throughout 2019.

The improvement in housing market conditions is largely being driven by a slowing rate of decline in values in the Sydney and Melbourne property markets throughout 2019 with increases over the past two months.

Melbourne is the only city where values increases occurred over the past three months (0.1%) while a several cities recorded slower rates of decline.

Dwelling values remained lower than when at their peak across all 46 capital city SA4 regions; the magnitude of declines varied greatly from city-to-city and within the individual capital cities.

While values are now lower than their peak across all SA4 regions, 13 individual regions have either recorded an increase in value or avoided declines over the past three months.

Analysis of the 13 regions where values did not fall over the past three months where in areas that have previously seen comparatively large value declines from their peak.

Over the past three months, seven Sydney regions have avoided falls and Baulkham Hills and Hawkesbury (-15.7%), Inner West (- 15.9%), North Sydney and Hornsby (-15.4%) and Sutherland (-16.7%) have each recorded larger overall falls than the Sydney benchmark. 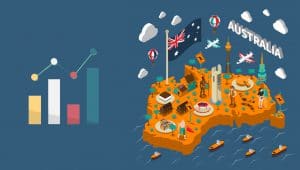 It is a similar story for Melbourne, four SA4 regions have avoided value falls over the past three months, two of which were the Inner East and Inner South which have seen some of the largest overall declines of all Melbourne regions, down - 15.0% and -14.4% from peak respectively.

Outside of regions of Sydney and Melbourne, Hobart and Adelaide’s North have also recorded an increase in values over the past three months.

Only 15 of the 46 capital city SA4 regions have recorded falls in excess of 1.0% over the past three months.

Several combined regional markets are not showing the same early signs of a market recovery that was visible for the capital city markets.

For the capital cities, Mandurah in Perth experienced the largest overall decline in values (-35.7%), while three regional markets have recorded larger total falls. 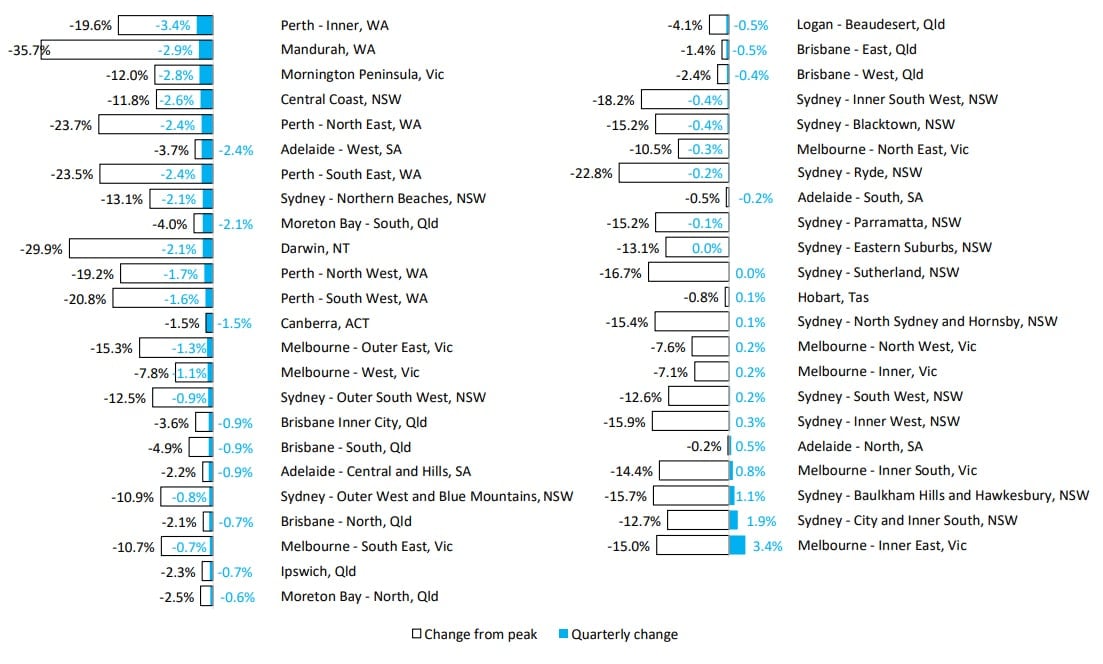 Of the 42 regional SA4 areas, 16 have either recorded an increase in values or no decline over the past three months which is greater than the 13 amongst the capital cities. 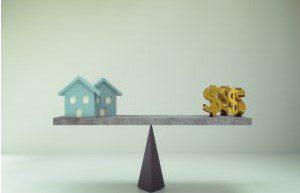 The reason for the declining regional values, and with little to no real signs of an improvement, is more to do with the fact that most of the larger regional markets continue to record value falls.

What is interesting is that some of the markets that have recorded significant value falls over recent years have actually recorded value increases over the past three months.

Most of these are located in Qld: Townsville, Cairns, Central Qld and Mackay-IsaacWhitsunday while Outback SA has seen the largest value increase over the three months despite values being more than 20% below their peak.

Unlike the capital city SA4 regions, two regional markets have managed to avoid declines with values sitting at record-highs.

These regions are West and North West Tas and South East SA. 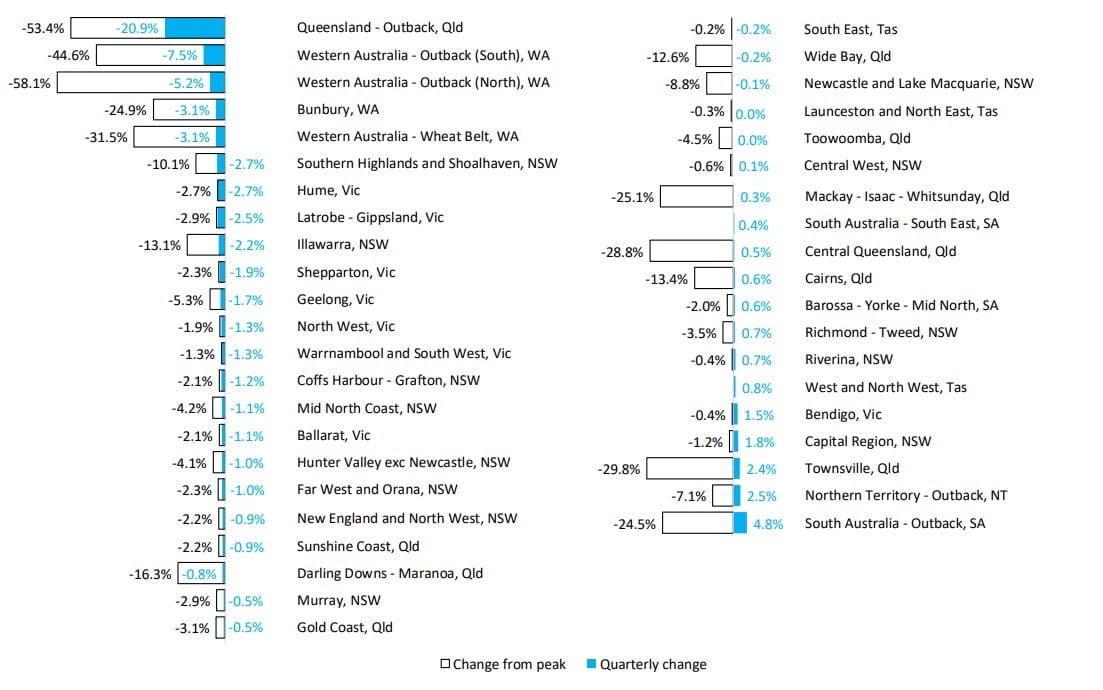 The more populous regional markets continued to record value falls over the past three months with areas like Townsville, Cairns, Richmond-Tweed, Toowoomba and Launceston and North East the main exceptions.

Overall, early signs are emerging to suggest that the housing market has stabilised, however, this evidence is much more prevalent in capital cities than regional markets.

Within the capital cities, the research concluded that improved conditions are mainly being driven by Sydney and Melbourne and interestingly, in many instances it is those areas where values have recorded larger declines over recent years that are showing the largest improvement.

Over the coming months it will be interesting to see if the improvement continues and whether it spreads from Sydney and Melbourne to other capital cities and regional markets.