2020 is looking to be the year for renters, with proactive reforms by a number of state governments being introduced that are designed to protect renters’ rights. 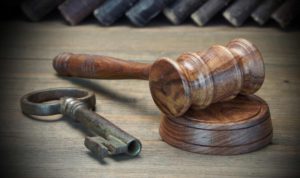 One thing many don’t realise is that the government relies on private landlords (property investors like you and me) to provide accomodation to millions of everyday Australians – and they’ll continue to rely on them for many decades into the future.

Data from the 2016 Census confirmed that almost one-third of Australian households were renting, and a study conducted by Swinburne-Monash Research Centre for the Australian Housing and Urban Institute found long-term renters of 10-year periods comprised over 40 percent of private renters.

It’s no surprise that tenants are getting more attention from policy-makers, with more Australians deciding to rent than ever before, and for longer periods than they were in the past.

It’s a delicate balance for decision-makers to ensure that both renters’ and landlords’ rights are protected and both parties are fairly treated.

Is that the case with new tenancy laws?

Updates to tenancy laws in ACT, NSW, Queensland and Victoria

A number of updates to relevant residential tenancy Acts have recently come into effect in the ACT, Victoria and NSW, and in Queensland, laws in the same vein are soon to be implemented.

These laws aim to provide a higher level of comfort and security to renters – but what is the impact on landlords?

1. Rental increases may be limited

A landlord can increase the rent for various reasons, most often to allow them to keep up with the rising costs they’re experiencing on their end for expenses such as council rates and maintenance increases.

A new reform has been established by the NSW Office of Fair Trading that will only allow landlords to raise the rent once every 12 months.

This change will come into effect on the 23rd of March, 2020, and this only applies to those renting out of a fixed-term agreement.

You won’t be negatively impacted by this provided you engage a proactive property manager, who ensures your good quality tenants are signed to ongoing fixed-term leases, with appropriate market-rate rental increases built it.

Other legal changes that could impact landlords in NSW include: 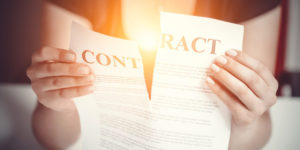 2. There will be new set fees be for breaking a lease

Previously in NSW, if a tenant wanted to break their lease, it could become quite expensive.

Tenants were potentially required to cover costs that include rental payments until a new tenant is found, advertising for new tenants, and any fees associated with a real estate agency (if the landlord was using one), as well as the break fee.

With the new reforms coming into place, the break fees are now set as follows:

From March 23 when these rules take effect, fixed lease agreements won’t provide quite as much security as they used to.

However, if you own property in a central, sought-after location and you have engaged an experienced property manager, these changes shouldn't result in any significant increases to vacancies.

NSW isn’t the only state to overhaul their rental laws. 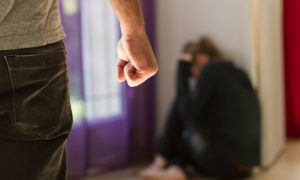 Over the other side of the country in WA, in May last year, new rules were introduced around dealing with tenants in a domestic violence situation.

Previously, domestic violence victims were able to break the lease by providing 14 days notice if they were able to show their co-tenant had been served with a final restraining order.

Unfortunately, the nature of domestic violence and the lengthy process of finalising restraining orders means that many victims aren’t able to provide that.

It’s important to note that the lack of a restraining order doesn’t mean any victim is in ‘less danger’, so this new reform has been designed to provide a safer, swifter alternative to those who might feel as though they’re trapped in the lease.

Further, there is no penalty in relation to leaving under DV circumstances, removing yet another stressor for those in such a situation.

On a day-to-day basis, not much will change.

But again, you’ll need to work with your property manager to ensure any of these cases are dealt with quickly and sensitively.

In Victoria, all leases signed after July 1, 2020 will be bound by the following:

In the ACT, all leases signed after November 1, 2019 will be bound by the following:

In Queensland, proposed changes are under consultation now that include: