Australians have wiped a total of $6.3 billion of debt accruing interest from their credit cards since COVID, according to newly released RBA figures. 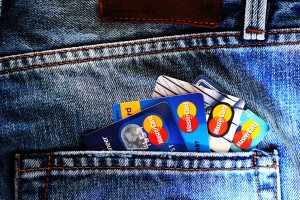 This is the lowest level of credit card debt accruing interest since December 2004.

Australians have also been cutting up their cards in droves.

The number of credit card accounts has dropped by over half a million since the end of March, and 1.4 million year-on-year, hitting the lowest level since April 2008.

Sally Tindall, research director at RateCity.com.au, said Australians were continuing to chip away at credit card balances in August with a $831 million drop in debt accruing interest from the previous month.

“While Australians have made yet another dent in credit card balances accruing interest, the rate at which we’re paying off this debt has started to slow from the peak in May, when a record 1.6 billion was wiped in just one month,” she said.

“The number of credit card accounts is also plummeting as many people turn their backs on credit cards for good.

“Providers know the glory days are over for credit cards. They’re frantically trying to create new options to challenge the buy now, pay later industry, but it could be too little too late.

“While we’re unlikely to see credit cards disappear altogether, they’re no longer the kingpin of credit.

“Debt accruing interest is likely to keep on falling in coming months as some families are likely to use the upcoming tax cuts to get themselves off a debt treadmill they’ve been stuck on for years.

“Using tax cuts to clear credit card debt might not be what the Treasurer had in mind, but for some families, the freedom that comes with being debt free will be worth it,” she said.

'Credit card debt hits lowest level since 2004' have no comments