The ALP’s proposed ban on negative gearing has been well publicised and debated. 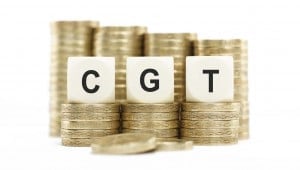 I suspect that this is because investors tend to overestimate short-term consequences and underestimate more significant long-term outcomes.

But, since most of us are long-term investors, I’d suggest that we should adopt a more balanced view.

At the moment, only 50% of the net capital gain is included with your other taxable income (except for companies which are not entitled to the 50% discount) if you have owned the asset for more than 12 months.

The net capital gain (or loss) is calculated as follows: 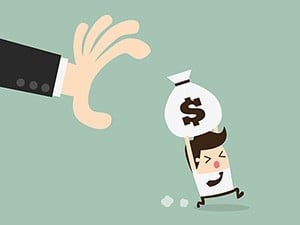 Net sale proceeds – being sale price less any selling costs including agent fees and so on.

Net gross capital gain (or loss). This amount is discounted by 50%. The discounted amount is then added to your income and taxed according to individual marginal rates.

What has the ALP proposed to change?

The ALP has announced that if it wins the election on 18 May, it will halve the CGT discount from 50% to 25%.

This effectively increases that amount of tax you’ll pay by 50%.

For example, under current arrangements, only $50 of a $100 capital gain would be added to your taxable income.

These CGT changes apply to investments, including property and shares, purchased on or after 1 January 2020 (for property, this is likely to be based on contract date, not settlement date).

All investments made prior to 1 January 2020 will be fully grandfathered and entitled to continue to claim the 50% CGT discount.

High growth assets will be impacted the most

Unlike the changes to negative gearing, these changes to CGT will impact property and share investors to a similar extent.

And investments that provide the majority of their total return in capital growth rather than income will be impacted the most by these changes.

The two most popular (common) major asset classes are: 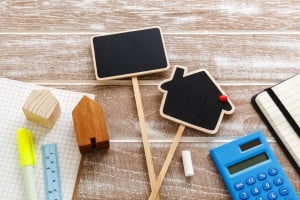 According to REIA data, the average compounding capital growth rate of Australia’s five largest capital cities since 1980 is 7.2% p.a. Investment-grade properties should generate a higher growth rate (than the median).

However, property tends to generate only a small amount of income.

Whilst gross rental yields can range from 2% and 5% p.a., after an investor pays for expenses such as management fees, maintenance, insurance, water and so on, the net rental yield is a lot lower – probably under 2% p.a. in most circumstances.

In summary, property typically provides circa 80% of its total return in capital appreciate and 20% in income.

International equities also provide most of its return in capital growth.

The average annual dividend yield of this index is currently only slightly above 2%.

So, international investments also provide 80% of total return in growth and 20% in income.

It is interesting to note however that Australian shares generate a lot more income.

Almost 50% of their total returns are provided by way of income and 50% in capital growth – a lot different to property and international shares.

As the table below illustrates, asset classes that generate more of their return in the form of capital growth (and consequently, less income), are impacted by the ALP’s CGT policy to a greater extent.

Somewhat ironically, it is these types of assets that suit a gearing strategy the best – because the lower income produces a higher pre-tax loss.

This is a big deal – more costly than the negative gearing ban!

Most of the media focus has been on the negative gearing ban but this increase in CGT will cost investors a lot more. 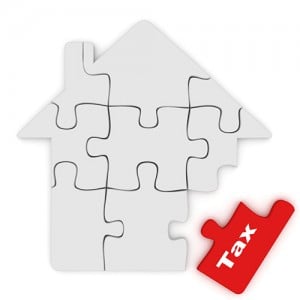 I have calculated that the present value of the negative gearing ban over the first 20 years of ownership of a $750,000 investment property to be $82,762.

That is the present value of the delayed tax benefits i.e. how worse off you are as a result of this change.

However, if you sold the property after 20 years, due to the reduction in the CGT discount (as explained above), your net sale proceeds would reduce from $950,000 to less than $800,000 (in today’s dollars).

It gets worse the longer you retain the asset.

This is high compared to the present value of the negative gearing changes after 30 years which is $57,124 (lower than after 20 years because you eventually benefit from the carried forward losses).

Which one are you more concerned about?

What should you do?

You might be excused for concluding that you should only invest in income-style assets (such as Aussie shares) if the ALP wins the election.

However, concentrating your investments in one asset class is never a good idea.

The best way to minimise capital gains tax is to use entities. 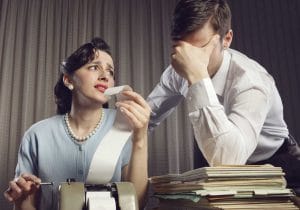 A super fund is the best entity as it has a zero-tax-rate in retirement (i.e. pension phase assuming your account balance is less than $1.6 million) and therefore is protected from these proposed CGT changes.

The next best entity is a family trust because, as the law currently stands, you can distribute a capital gain to a number of beneficiaries.

This allows you to share the CGT liability amongst your family members.

Although the ALP has also suggested it will start charging discretionary trusts a flat tax rate of 30%.

Apart from using entities, investors should think about sharing ownership with their spouse.

The goal should be to have relatively even asset ownership (both in and outside of super) by the time you reach retirement.

This will ensure you are well positioned to weather any future tax changes.

Planning is the best solution

There certainly will be a lot of changes coming our way if the ALP wins the election on 18 May.

And whilst on the face of it they seem entirely negative, I’m sure they will create market opportunities for investors astute enough to look for them.

Like everything to do with building wealth, you must take a long-term approach, invest in quality assets and ensure you receive good, independent strategic advice – so that you retain as much wealth as possible.

This is as true today as it was 30 years ago – nothing has really changed.

This blog is an edited version of an article written by Stuart Wemyss published in The Australian on 26 April 2019.