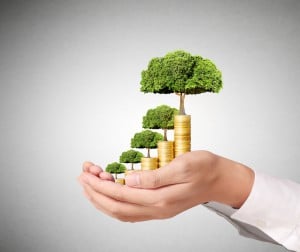 You don’t have to attend overpriced weekend financial seminars (when they start running them again in a Covid normal world) or learn the latest tricks and gimmicks sold by slick marketers.

As John Bogle wisely stated, “The secret is there are no secrets.”

The truth behind how to build wealth is public domain knowledge, simple to understand, and nobody is going to get rich selling it to you.

In fact, it’s so simple it can be explained in just two sentences:

You wanted something new, different, and clever – the missing ingredient that has held you back and will produce breakthrough results.

The fabled “secret” every marketer tries to sell.

Instead, I give you something dangerously close to what Grandma would have said.

But listen to the voice of experience.

I’ve coached hundreds of people from debtors to the wealthy, and the pattern is unmistakable.

And it’s not just me singing this song.

These same truths were taught by Benjamin Franklin hundreds of years earlier and reiterated by numerous authorities ever since, including J. Paul Getty.

It’s timeless wisdom that has been proven over the centuries, and will also probably work for you (if you just put it into practice).

In short, if you want wealth in this lifetime with the highest probability of success, then these two sentences contain the essential wisdom you need to know.

Spend less than you make and invest the difference wisely

The first sentence summarises how to manage your personal finances so that you grow assets.

Notice how it’s composed of three separate yet connected ideas to form a single concept:

There are endless variations on how to achieve this objective, but they all follow two simple themes:

In short, you must create a gap between how much you earn and how much you spend that results in savings to invest for growth and additional income.

The twin themes of spending less and making more are not mutually exclusive, but they do require very different mindsets.

Frugality is about living on less and requires self-discipline.

For most people, there is a feeling of sacrifice when following this path, thus making it difficult to succeed.

If that’s you, then frugality is a slow and difficult path to wealth because you will be in a constant battle between lifestyle desires and financial freedom goals.

For others, frugality is a pleasurable journey in simplification where fulfillment results from redirecting earned income toward financial freedom goals rather than squandering it on spending.

It’s not uncommon for extreme frugalistas to save 70% of income and achieve financial independence in less than 10 years, but it’s not everyone’s cup of tea.

Another alternative is to raise the income side of the equation.

The advantage of this approach is there is no theoretical limit to how fast your wealth can grow because your earning capacity is unlimited.

The greatest wealth builders focus on both sides of the equation together.

They maximise savings by controlling spending while growing income at the same time.

It’s the quickest, most certain path to increased savings for investment.

The third component to the equation – invest wisely – is also simple because everything you need to learn is available for free in the public domain.

You don’t have to take investment seminars or build extraordinary expertise.

There are two well-proven paths:

In summary, achieving financial freedom is really quite simple. 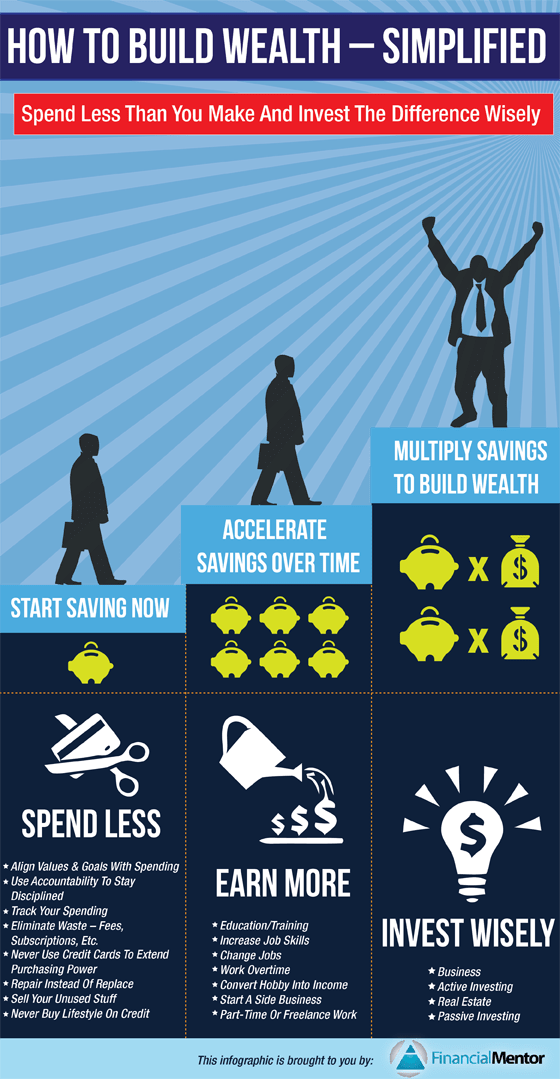 With that said, the sad truth is few will achieve financial freedom despite the desirability of the goal and the simple path you must follow to achieve it.

The reason is explained in the second sentence.

Your wealth is determined by your habits

The reason so few people achieve wealth is that they don’t adopt habits that lead to wealth.

As you already know, the formula is simple and fully proven. The only thing remaining is to take action with enough consistency to achieve the goal… and that’s where the problems occur.

Here’s the formula for how this works:

You plan on getting around to it someday.

You know what you should do but there is always some other priority.

Action is where the rubber meets the road.

It’s one thing to know what to do, and it’s something else entirely to get it done.

That’s why habits are so critical.

They all say essentially the same thing – the distinguishing characteristic of people who achieve wealth is they manage their money well.

They have good money habits.

They don’t earn the most.

They aren’t the smartest.

They don’t have any special training.

The reason good money habits are essential is actually scientific and results from the mathematics behind how money compounds to grow into wealth.

That’s why daily habits are so important.

Both of these daily habits will create an increasing spread between what you spend and what you earn, which will increase your wealth at an accelerating rate. 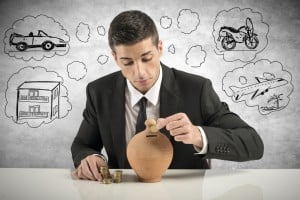 The habit causes the action which produces the result.

It’s simple cause and effect.

Habits are the easiest and simplest way for you to cross the bridge between how to build wealth using the simple formula above, and actually doing what it takes to achieve the goal.

You don’t have to intellectualize the process or overcome massive obstacles.

You don’t have to get ready.

Instead, you just start today by adopting one habit that serves your wealth goals.

Practice the habit until it becomes permanent, then pick another habit and do it again.

Then another and another until you can see your wealth grow

The greatest obstacle to building wealth is procrastination.

Habits are the simplest way to overcome procrastination and get into immediate action.

Habits reduce the entire wealth-building process into bite-sized pieces that are easy for anyone to digest.

The compounded effect of all these tiny actions over a lifetime becomes a wealth.

Summary of how to build wealth

The formula for wealth is simple: spend less than you make and invest the difference wisely.

The mechanism to take action on the formula and produce results is equally simple: adopt wealth-building habits.

Here’s how it looks in a different format:

The only question remaining is whether or not you will do what it takes. 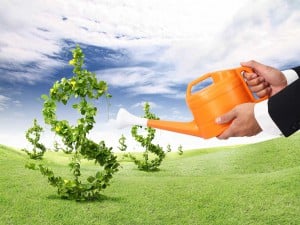 Will you follow these proven, simple formulas to achieve amazing financial results?

Or will you return to your same old patterns that produce the same old results?

The only thing standing between you and wealth is the willingness to act on this timeless wisdom.

Are you ready to jump in and design your life so your daily actions create your financial independence?

How have these principles worked for or against you in life?

What takeaways did you get from this article?

Todd Tresidder is a former hedge fund manager who “retired” at age 35. He’s the author of 5 personal finance books, and his writing has been featured in the Wall Street Journal, Forbes, MarketWatch, and more. Get his free email course “52 Weeks To Financial Freedom” so you can discover how to invest smart, build wealth, retire early, and live free.
View his articles

Thanks for those kind words

This article is simply amazing, simple, accurate and straight to the point.l love it.lt is a receipt for good digestion Thank you

This is so excellent on so many different levels. Thanks so much for publishing this.