Recently there’s been lots of discussion about how unaffordable housing is in Australia. Lots of ‘facts’ were dished up.  More like urban myths, if you ask me.

By many measures, we are a very wealthy nation.  This has recently been confirmed by two studies – go here & here.

In short – as these hyper-linked reports are long ones – Australians are now comfortably the richest population in the world, with a median wealth of US$194,000 per adult.

Every 14th person you run into in Australia – that’s about 1.6 million of us – falls within the richest one per cent of the planet’s wealthiest people.

The Australia Bureau of Statistics has found that one in five Australian households are now ‘millionaire’ families.  This is up from 15 per cent eight years ago.

Wealth (assets less liabilities) of the ‘average’ Australian household stood at $728,000 in fiscal 2012 (the latest figures available).  While down about $30,000 on the previous peak two years earlier, wealth has likely rebounded to record highs over the past 12 months due to rising share & house prices.

The value of the family home accounts for around 40 per cent of net worth.  Superannuation & investment property tie for second place with 15 per cent each.  The average outstanding home loan was $74,700 in 2011/12, with investment property loans averaging just $42,100.

So we are very well off.  There are differences in the degree of wealth between capital cities & regional areas, but just because consumers are not actively spending at present doesn’t mean that they are unable to spend.

Way too much attention is paid to household debt (most of the time incorrectly so), yet our household assets continue to grow at a much faster rate.  Australian household wealth is at a record high.

The perception that median property prices are 6 to 7 times earnings is way, way off.

At present, when using ABS figures, it is well under 5x.  The 25 year average is just above 4.5x.  So we are close to the long term average.

Also, if you use the ATO figures for income & not the census – as it is much harder to lie to the ATO than the government statistician (and one in eight households didn’t fill in the income question on the 2011 census form) – you will find household wages are actually 14 times higher than the ABS reports.

Better still, use the ATO income figures for couples aged in their late 20s to mid-30s, and you find even higher wage levels.

So on this measure, housing isn’t unaffordable.  It, at worst, has gone back to the long-term average.

For mine, it is the size of the mortgage versus asking dwelling prices which is much more telling.

We use household equity to purchase things.  Housing in Australia isn’t just shelter; it is a means of leveraging.  Right now, there is an enormous amount of leverage to be had.

Just because households are not leveraging at present, doesn’t mean they can’t or won’t.

Who, indeed, are these overstretched borrowers?

This has changed little in the last 15 or so years.  Ten years ago the average cost of housing was 12 per cent of income.

Little change has been seen regarding tenure over the past decade – owners with a mortgage still pay about 18 per cent of their income on housing costs; whist renters pay about 20 per cent on average.

There has been little variation over time, too, when it comes to dwelling type, with detached house owners forking out 13 per cent; town house owners paying 17 per cent & those paying off an apartment shelling out 20 per cent.

Most importantly, there has been a change in housing costs for the 25 to 34 year group.

This, typically, first home buyer segment is currently paying 21 per cent of its household income on housing costs.  In 2005/06 this group paid, on average, a quarter of its income (25 per cent to make it very clear) on housing.

When looking at the renters in this 25 to 34 segment, today the ABS tells us that they, on average, pay 19 per cent of their household income on housing costs.

Whilst in 2005/06 – the last time this official housing cost study was done – this rental group was paying 17%.

In contrast, there has been an increase – although slight – when it comes to single person households.

Today, lone person households spend 19 per cent of their income on housing, compared to 16 per cent ten years ago.

Yet in the mid-1990s, when housing across much of the county was perceived to be very affordable, this demographic sector was paying 18 per cent of their income on shelter.

Today, four out of five households (82 per cent) pay less than 30 per cent of the income on housing.  One in eight households pays between 30 and 50 per cent.  Just 6 per cent pays more than 50 per cent.  Again, this has changed little in recent years.

On these measures Australian housing isn’t unaffordable at all.   Importantly, first home buyers are now paying much less now for housing (i.e. owner occupation) than they were seven or so years ago.

As we noted a few weeks back – see here & here – there is more going on with housing demand than meets the eye.

Maybe housing – and in particular, new housing – isn’t perceived to offer ‘value’ for money.  That is quite different from being unaffordable.  Maybe potential first home buyers can, statistically speaking, afford to buy a home, but the banking process – deposits saved by the borrower & full-time work/long contract employment – prevents them from doing so.  Maybe this needs to change.  Or – heaven forbid – Gen Y, to label them some way, might need to take fewer options if they really want to buy a home.

Yet for mine, when it comes to first home buyers (and housing affordability in general) buyers have now become way too choosey.  This is what happens when you hand out money. 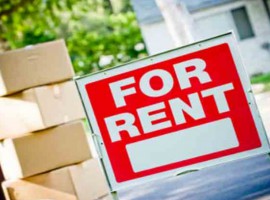