In debt and dateless: 2.5 million Australians have been dumped for being poor

Is your financial situation affecting your relationship?

If so, you are not alone, according to recent research results from Finder. 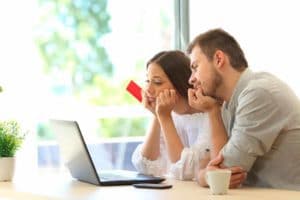 No savings, unpaid debt, and poor financial knowledge have all led to Australians getting dumped.

A nationally representative survey of 1,007 respondents revealed 1 in 8 Australians (13%) have been through a breakup due to their financial situation.

The research found 6% have been dumped due to having low income or savings, while 4% became single after their level of debt became a problem for their partner.

A further 3% – equivalent to 582,000 Australian adults – were dumped due to their lack of understanding of personal finances.

“Communicate about money early on in your relationship.

“Be upfront about your attitude with spending and saving and skip the temptation to avoid the topic.

“If your partner won’t be transparent with you about their spending habits, that’s a major red flag.”

A staggering 20% of men have been broken up due to financial concerns, compared to just 5% of women.

A recent Finder survey of 1,007 respondents found over 7 million Australians are unaware of how much their partner is worth.

Almost 1 in 2 (48%) know how much their partner is worth, however, this includes only 1 in 3 (33%) who admitted to having their finances combined.

“Financial stress can cause major deterioration in a relationship especially if you are long term and want to buy a home or start a family.

“Even if you don’t combine bank accounts, you might want to consider developing a financial strategy to avoid arguments about money.”

NSW residents (16%) were twice as likely to have been dumped by a romantic partner due to their financial situation than QLD residents (8%).

1 in 10 from Gen Z (11%) said their low income or savings balance had been the cause of their relationship ending. 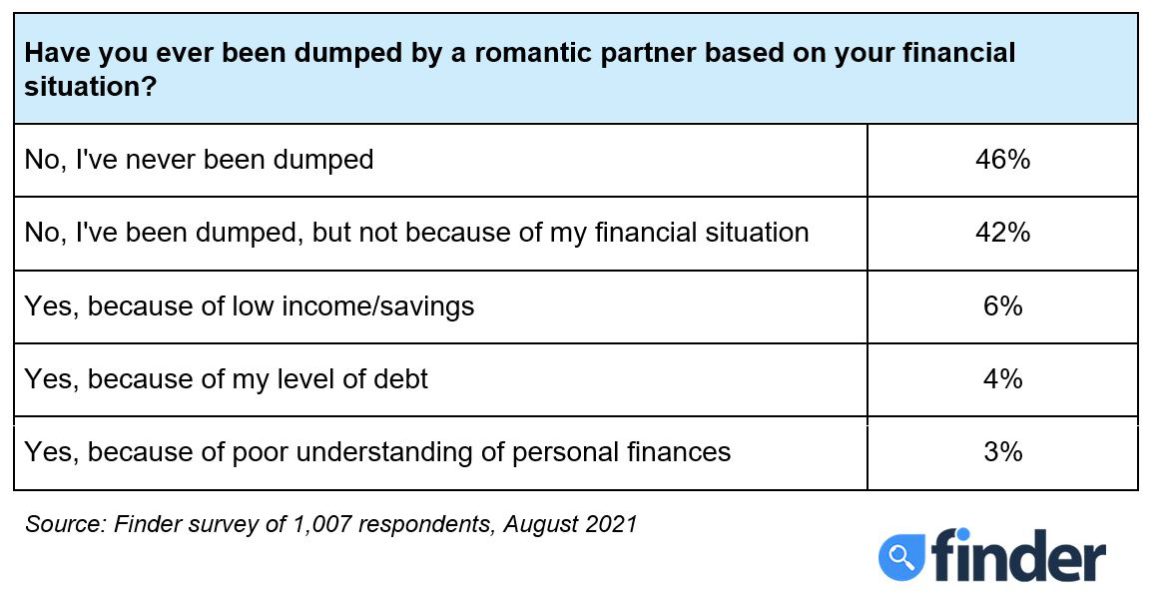 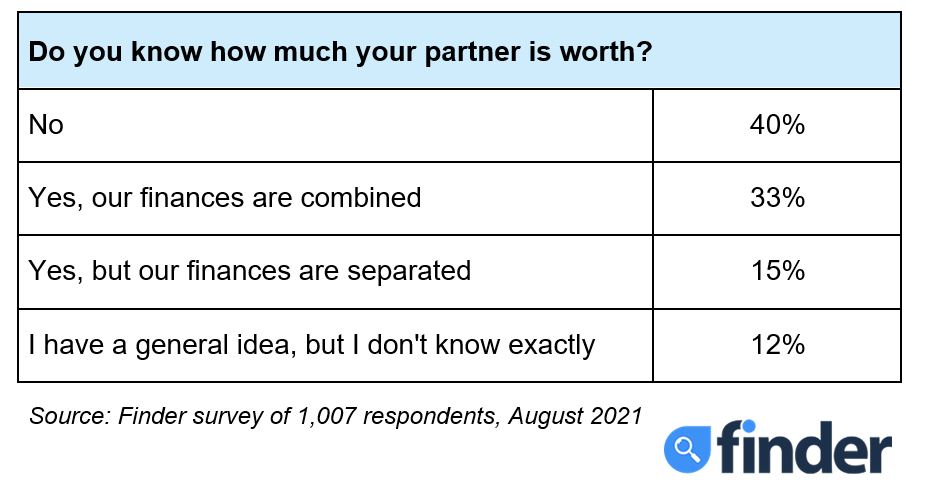