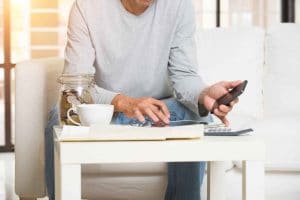 Anyone in lending will tell you that assessments for home loans and investment loans have tightened since Covid, however the scrutiny around living expense assessments has noticeably softened.

Lenders seem more concerned about the continuity of a borrower’s income and this is likely to remain the case now that the “shiraz and wagyu” dispute between ASIC and Westpac has now ended.

It comes at a good time because with all the worries around Covid and the economy right now, a further credit squeeze would be a major blow to the very people ASIC were originally trying to help: vulnerable borrowers.

Overview of the court case

The original case began when ASIC alleged that Westpac broke responsible lending laws 261,987 times between 2011 and 2015 because it relied on ‘average’ levels of living expenses when assessing loan applications. These average measures were suggested to be on the frugal side.

The argument was that by relying on averages, Westpac could not properly determine whether the loans were "unsuitable" for the customers, as required by the credit act.

However Justice Nye Perram said Westpac’s process was not irresponsible, because a consumer's past spending was not relevant to their future habits, which could be changed to factor in servicing a loan.

ASIC appealed the original decision taking the matter to the federal court, however Westpac then won again – the full bench backed Justice Perram's view that bankers should be left to assess credit risk on their own, rather than having anyone else trying to micromanage what borrowers can and cannot spend.

In a statement released earlier this week, ASIC has now said it will not further appeal.

A credit squeeze would be devastating now

After such a prolonged battle ASIC’s decision to finally “accept the umpire’s verdict” is the right one.

The lifeblood of credit is critical to the Australian economy, and during a time of crisis the last thing anyone needs is uncertainty about responsible lending laws and restricted access to credit.

About Daniel Gold Daniel Gold is an investment savvy finance broker specialising in residential real estate. He is a rising star in the industry and was recently recognised by Mortgage Professional Australia as being the 5th top mortgage broker in Australia. Visit www.longproperty.com.au