Bit of a chartfest today: a look at the tale of woe that is building approvals in six quick charts.

Attached dwelling approvals nosedived another 18 per cent in July 2019 to be 44 per cent lower than a year earlier, driven by huge ongoing declines in unit approvals in Sydney, Melbourne, and Brisbane.

The sector faces the twin ongoing challenges of financing and confidence, especially given all the media coverage of building defects and cladding issues. 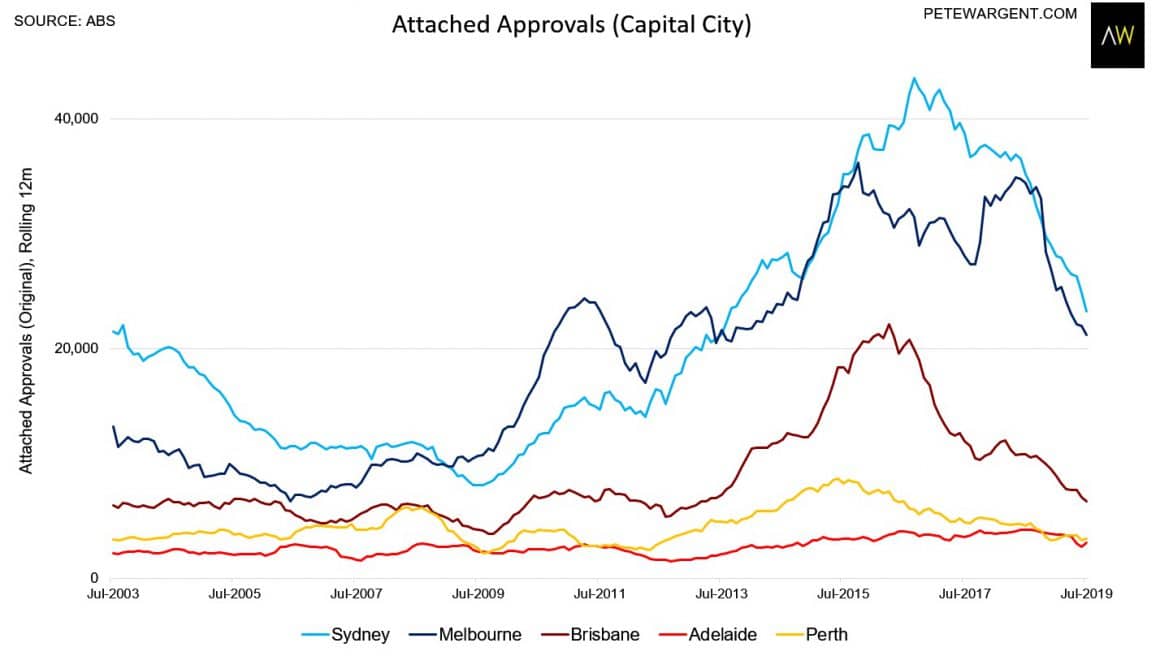 House approvals also saw declines across each of the four main capitals to be 17 per cent lower than a year earlier. 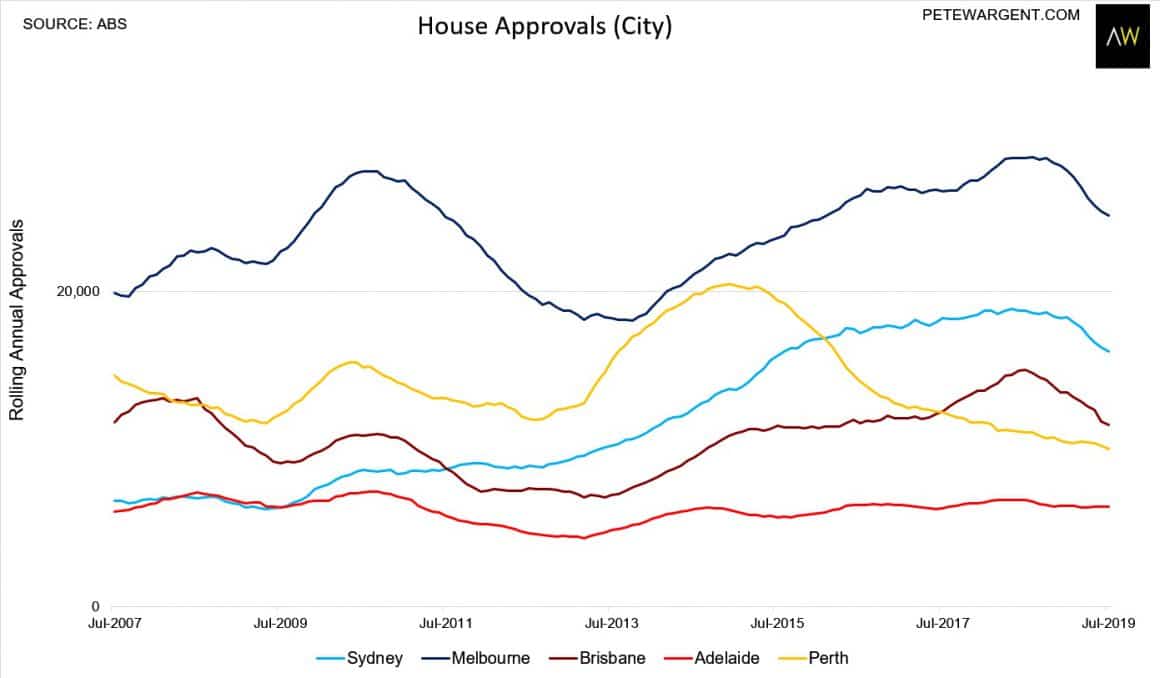 And even sprightly Hobart hasn’t been immune to the credit squeeze, with approvals now trending lower. 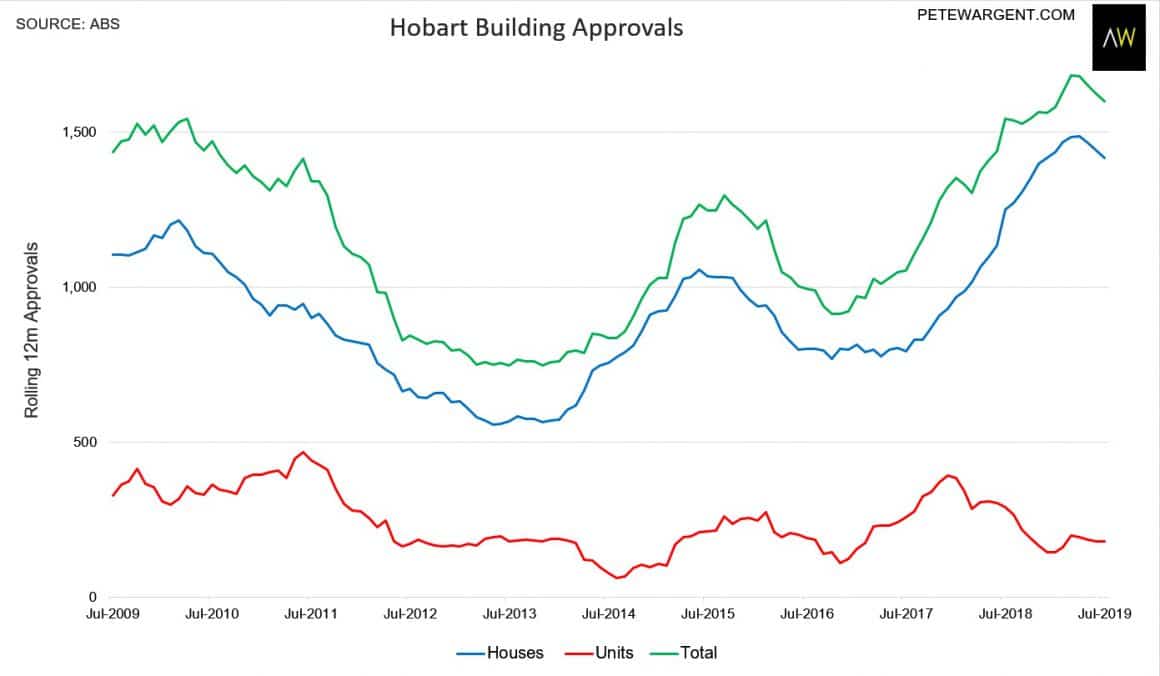 Perhaps an alternative to QE might be building some housing, with public sector approvals stuck at near-record lows (and actual record lows as a share of the existing housing stock). 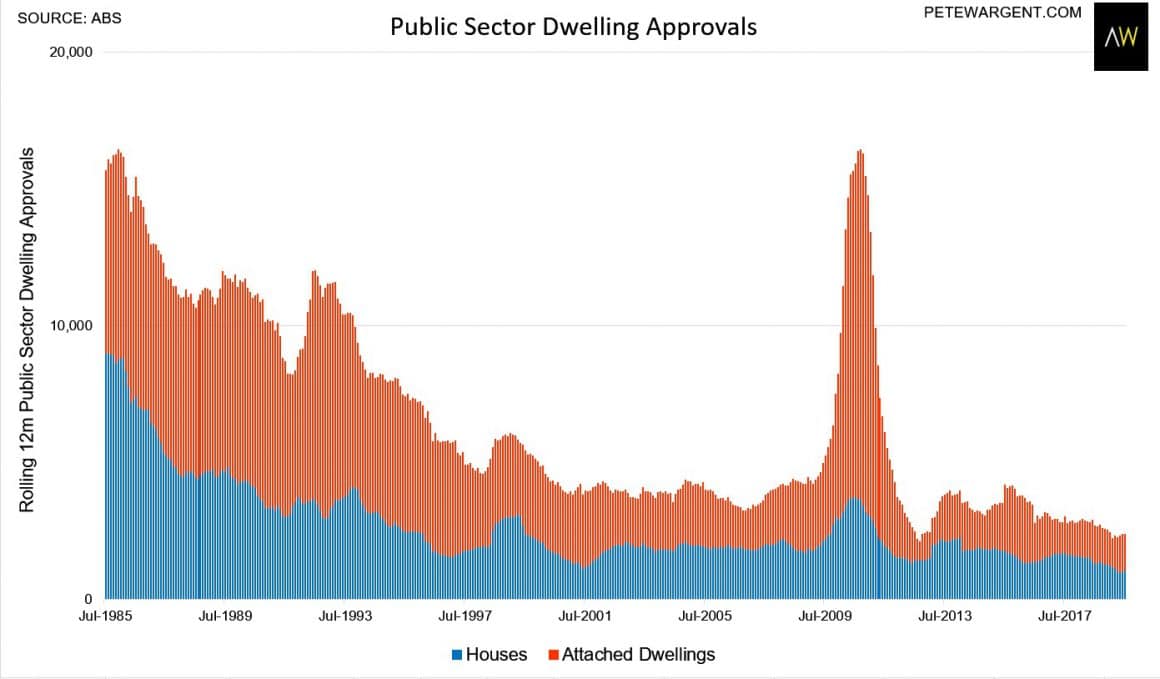 Piecing it all together, seasonally adjusted building approvals fell to just 12,944 in July, having peaked at nearly 23,000 in November 2017. 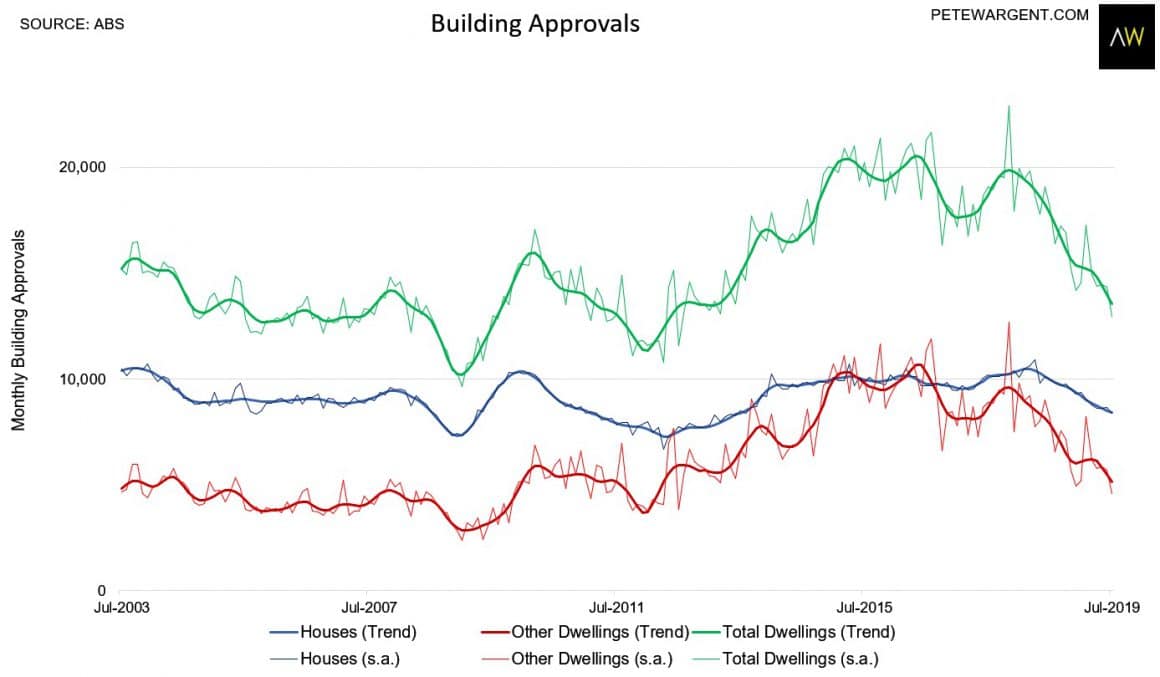 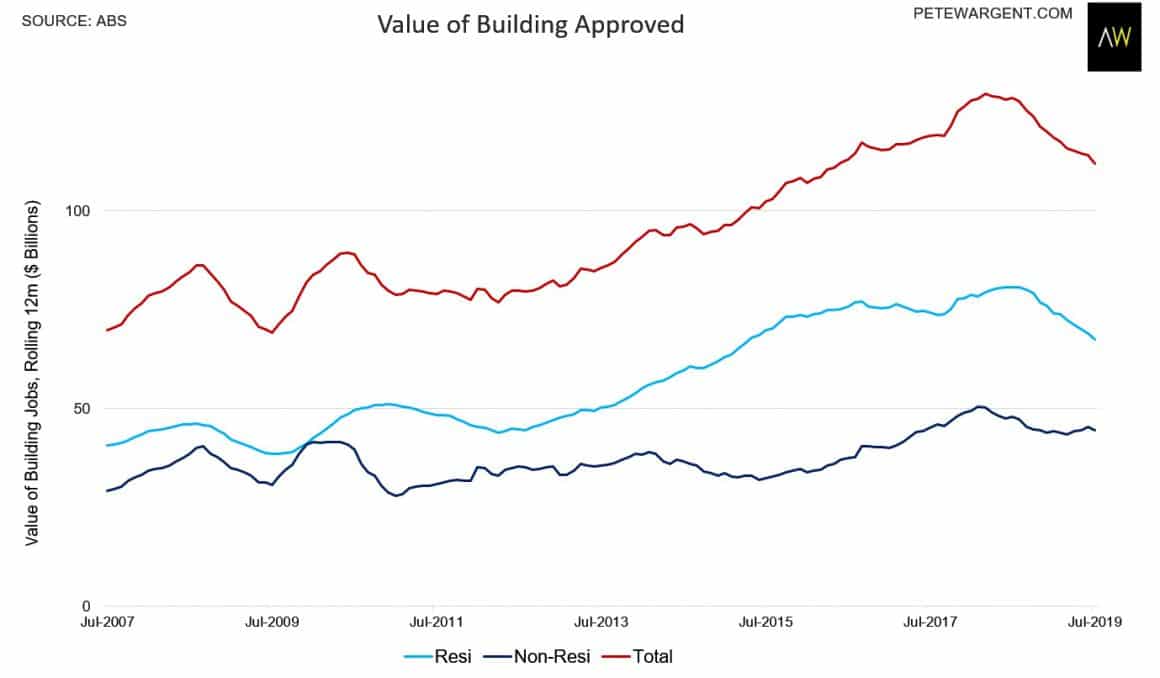 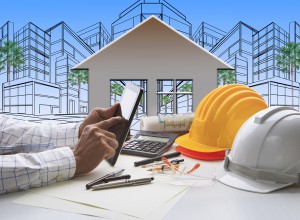 Annual dwelling approvals have already slumped from 233,000 to 183,000 and continue to trend lower, sowing the seeds of the next housing shortage.

Although there are still many units under construction in Sydney and Melbourne, these are mostly pre-sold and the new supply issue isn’t stopping s healthy rebound in sentiment.

In fact, CoreLogic’s index shows a massive +1.6 per cent gain for Sydney this month with Melbourne at +1.4 per cent, and while I don’t/wouldn’t pay much heed to short-term price or index movements the ensuing headlines themselves probably help to flip sentiment. 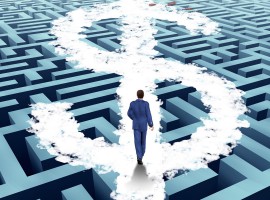 'Building approvals crunched' have no comments