Did you catch this little change that was snuck in the recent Federal Budget?

It received very little publicity, but from 1 July 2018 purchasers of new residential premises to remit their GST directly to the Australian Tax Office in order to stamp out “phoenix activity” – in other words tax evasion.

What does this mean? 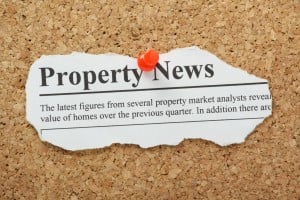 From 1 July 2018, home buyers will be required to pay the ATO on “newly constructed residential premises and new subdivisions” immediately on settlement.

According to the Property Council of Australia,  developers traditionally remitted the GST when lodging regular business activity statements.

The ATO has said the move will crack down on ‘phoenix activity’ – the practice which sees companies strip the assets and cash from a business before liquidating and restarting it under a different name.

The company rises from the ashes, but leaves creditors, including the ATO, high and dry.

This new remittance arrangement is expected to collect around $650 million in GST revenue over just four years.

However, the budget papers do not contain any detail about how this sum was calculated, nor on how the regime will be administered.

She says the Property Council is now focused on engaging with Treasury and the ATO to minimise the compliance and administrative burden for home buyers, developers and the ATO.

“We want to make sure the mechanism minimises any adverse impacts both for the home buyers who have to remit to the tax office and the builders who have to change their cash flow arrangements,” she says.

While initial feedback suggested the measure would affect the cash flow of thousands of builders, Ngo said that the industry had 13 months to work through the issues with the ATO and to prepare accordingly.

“This is a big change in the way GST is collected and developers will now move from a system that provides cash flow advantages to one that has inherent cash flow disadvantages.” she says.