I know I am, as are many of our clients at Metropole who see it as a great way of adding value and manufacturing capital growth at a time when our markets are flat. 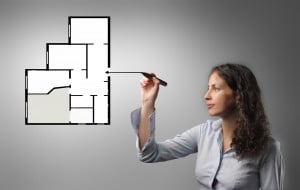 In a national survey of 1,022 people conducted for mortgage lender State Custodians last year, half of all respondents (48 per cent) say they want to buy a home that is ready-to-live in straight away and doesn’t need fixing up for years as they don’t want to deal with renos.

One quarter (25 per cent) of those surveyed say they only want to buy a partially unrenovated home so they can make it their own with updates that suit their style — such as adding in a fresh new kitchen or bathroom — but not one that requires a great deal of major structural work such as an entirely new back extension.

Meanwhile another one quarter (25 per cent) say they want to buy an unrenovated home because it will be cheaper and they can make improvements in time as equity is increased.

The young prefer to renovate

Millennials aged 18-34 are the most interested in renovations with 28 per cent saying doing renovations would ultimately be beneficial to them in some way.

State Custodians general manager Joanna Pretty says more people need to consider getting their hands dirty in the name of property ownership if they are having trouble getting a foothold in the market.

“So many properties on the market these days need to be fixed in some way,” she says.

“Young people especially really have to be prepared to compromise and look at nabbing places within their price brackets, even if they require work.

“Minor cosmetic renovations don’t have to be expensive. If you’re prepared to put in the effort you can really put your own stamp on something but also increase the overall value of a property which is the smart way to go.”

Only 19 per cent say they want a totally unrenovated home — as in a true fixer upper — so they can make it their own with renovations that suit their style (19 per cent).

A further one in six Aussies (17 per cent) who are interested in buying a property in the future want to buy an unrenovated place as they enjoy fixing up homes and renovating as a hobby.

Ms Pretty cautions that extra care is needed when it comes to properties which clearly require a great deal of structural work. 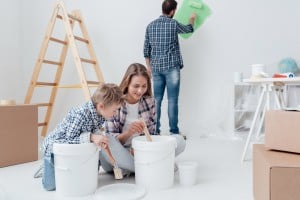 “Buyers who have only a set amount of funds can really get into hot water if the scale of work ends up being a lot more than they initially bargained for. You also have to weigh up whether you’re happy to live within a big renovation for a period of time which could stretch on a lot longer.

Ms Pretty says selecting a property which at least has a functional layout and major works already done such as plumbing is the key.

“I would also always advise to buy into an area that suits your lifestyle, where you can make the work-life balance work for you,” she said.

“You don’t want to be working on something at night and at weekends and then have to face a giant commute to work. That can quickly become a nightmare.”

'Believe it or not, half of all Aussies can’t be bothered renovating' have no comments