While the official cash rate is expected to remain on hold on Tuesday, one of Australia’s biggest comparison websites finder.com.au is warning Australians to brace for interest rate changes as early as March, however the direction the cash rate will move is unclear.

The finder.com.au Reserve Bank Survey, of 30 leading economists and experts, found most are expecting the cash rate to hold at the Reserve Bank’s first board meeting of the year on Tuesday February 3, 2015.

However, two experts are bucking the trend, expecting the cash rate to move on Tuesday:

This is the first time since August 2013 that the Reserve Bank Survey showed some panelists forecasting a cash rate change for the next meeting and this was also the last time the cash rate moved (it dropped by 0.25 percentage points).

Ever since August 2013, all the panelists for every monthly survey have expected no change to the proceeding cash rate announcement. 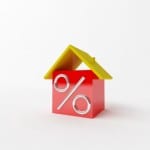 Interestingly, almost all of the experts (24 out of 30) have changed their forecast for when they think the next cash rate move will be.

The majority (60 percent or 18 experts) are forecasting a cash rate change this year, half of which (nine experts) are expecting a change as early as the first quarter.

Compared to last month, just three panelists were expecting the cash rate to move in the first quarter of 2015.

[sam id=52 codes=’true’] The remaining 16 experts are forecasting the next cash rate move to be an increase.

Deposit rates are also expected to dive this year according to finder.com.au, especially if the cash rate falls.

Over the past year, savings account interest rates have fallen by 0.58 percentage points on average, to 3.29 percent.

The experts are split on their forecasts for deposit rates as just over half (52 percent) of the 25 panelists who responded to this are expecting savings accounts and term deposit interest rates to fall.

Michelle Hutchison, Money Expert at finder.com.au, said that despite the mixed signals between experts, some of the incentives for the cash rate to move were shared. 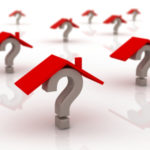 “While it’s unclear which direction the cash rate will move, it’s very likely that we will see some movements this year, with many of the experts citing factors including falling oil prices and the Australian dollar, lower consumer confidence and an uncertain unemployment outlook.

“The housing market was also a big concern for many of the experts, as they fear that lower interest rates will push up property prices further. CoreLogic RP Data Home Value Index shows capital combined city home values rose by 7.9 percent last year, with a median dwelling price of $575,000.

“Regardless of the direction, whether you’re a saver or a borrower you need to work harder this year for bigger returns on your savings and reduce your debts.”

What the experts had to say in the Reserve Bank Survey:

'Australians to brace for rate changes!' have no comments