The boom in house building in late 1980s is set to provide big opportunities in the renovations market over the next decade according to the HIA.

The recently released  HIA Renovations Roundup Report shows a strong correlation between the volume of renovations work and the age of the housing stock.

“The more houses between 30 and 35 years of age, the greater the need for renovations and improvements. 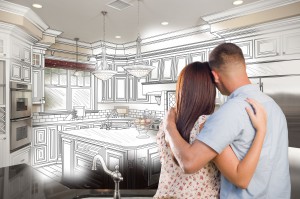 “The really good news is that the number of houses in the key renovations age group will increase substantially over the next decade – a result of record volumes of detached house building during the late 1980s.

Houses belonging to the ‘1980s Club’ will become increasingly ripe for renovations work over the coming years.

HIA’s updated forecasts for the home renovations market indicate that the activity is set to inch up during 2017 overall (+0.2 per cent) with a further small increase (+0.4 per cent) during 2018.

In 2019, the pace of expansion is predicted to accelerate to 4.9 per cent with a further rise of 2.9 per cent in 2020 bringing the value of Australia’s renovations market to $35.12 billion.

'1980s Houses to Create Renovations Boom' have no comments