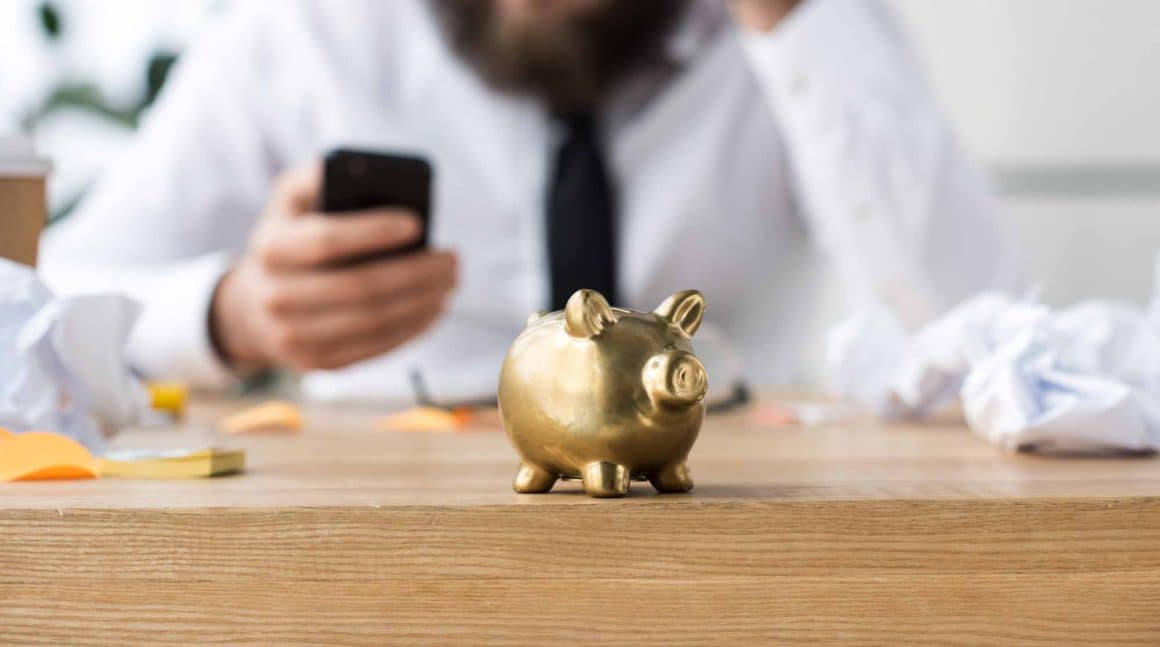 Where are all the insolvencies?

Under normal circumstances each year there are thousands of companies which end up (voluntarily or otherwise) in some form of external administration.

In the middle of a pandemic, you would expect that this figure would increase.

Contrary to this however, the latest Business Stress Report released by insolvency specialist firm, Dissolve, highlights a significant and unexpected downturn in corporate and personal insolvencies in Australia since the Covid outbreak. 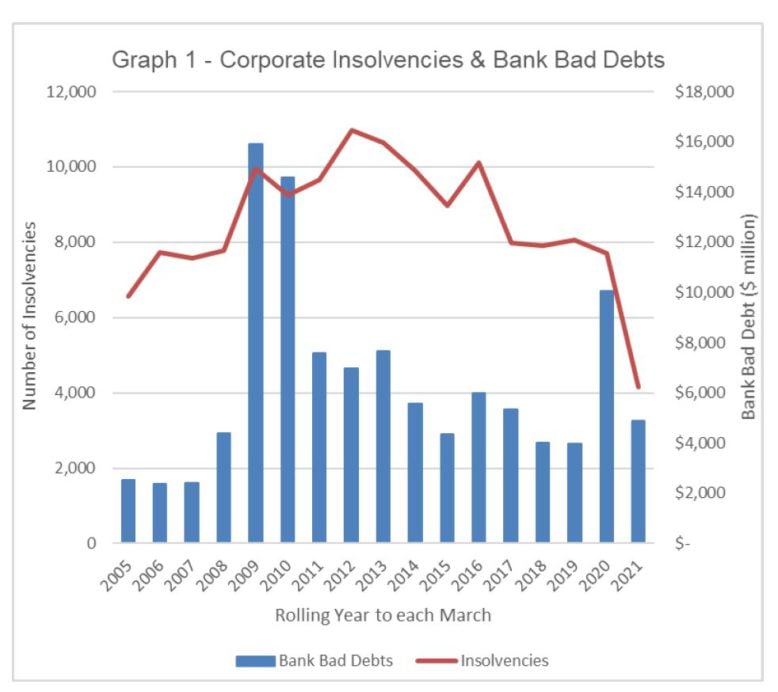 But rather than be a cause for celebration regarding the impact of Covid on Australian businesses, the Dissolve report identifies several underlying factors that it believes represent an ongoing threat to the Australian economy.

The Dissolve report shows the number of companies entering formal insolvency administrations for the year up to May 2021 was down by 49% on the numbers for the same period last year.

Similarly, personal insolvencies of around 2,500 for the quarter ended March 2021 are dramatically down on numbers seen in 2018 around 8,000 per quarter.

That is a 69% drop in personal insolvencies.

A surprising response to COVID by Australian banks is also highlighted by Dissolve.

They point out that the Banks initial COVID response in March 2020 was to make very large provisions for bad and doubtful debts, at a level that exceeded the previous record 2008 provisioning because of the GFC.

But this bad and doubtful debt provisioning is now being reversed for the first time on record.

For the quarter to March 2021, Australian Banks reversed previous provisions by $498 million.

Several underlying factors are identified by Dissolve as contributing to the record low level of formal insolvency appointments, including a suspension of normal debt recovery actions by the ATO, extended credit terms being offered by banks, and forbearance by landlords on overdue rental payments. 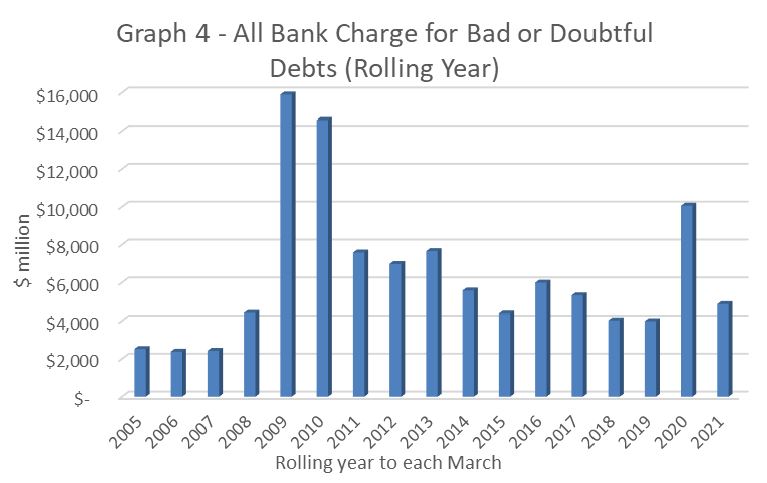 “In our experience the most common triggers for formal insolvency appointments are recovery actions initiated by the ATO, Banks, Financiers or landlords.

“The present level of recovery inaction by these significant stakeholders removes the usual imperatives for business owners to initiate formal insolvency procedures, even though their businesses may be hopelessly insolvent.

“As a result, we expect to see a proliferation of failed, yet alive, companies in the economy.

“In other words, ‘zombie companies.’”

“Zombie companies are a problem.

“They continue to use resources and compete against healthy companies.

“Zombie companies may end up in insolvency eventually, but where there are significant time delays, assets will have been dissipated and the possibility of a successful recover action to correct wrongdoing is reduced.”