Another 44 Crazy things you probably didn’t know about Australia

Here's another round of weird and wonderful trivia about Australia.

Yesterday, as a tribute to Australia Day I explained that an avid readers of this blog who knows how much I enjoy trivia sent me a list of 88 crazy facts about Australia.

I shared the first 44 of them with you yesterday.

Here are the rest

45. The average Aussie male drinks 96 litres of beer per year. 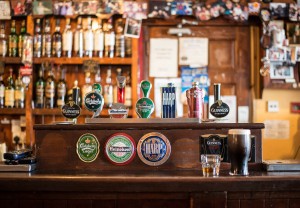 47. Australia is ranked second on the Human Development Index (based on life expectancy, income and education).

48. In 2005, security guards at Canberra’s Parliament House were banned from calling people ‘mate’. It lasted one day.

49. In Australia, it is illegal to walk on the right-hand side of a footpath.

50. Australia is the only continent in the world without an active volcano.

51. Aussie Rules footy was originally designed to help cricketers to keep fit in the off-season.

52. The name ‘Kylie’ came from an Aboriginal hunting stick, similar to the boomerang.

53. 91% of the country is covered by native vegetation.

54. The largest-ever victory in an international football match was when Australia beat American Samoa 31-0 in 2001.

55. There are 60 designated wine regions in Australia. 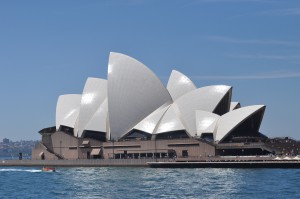 57. If all the sails of the Opera House roof were combined, they would create a perfect sphere. The architect was inspired while eating an orange.

59. Half of these are found in New South Wales.

60. Moomba, Australia’s largest free festival, held in Melbourne, means ‘up your bum’ in many Aboriginal languages.

61 No native Australian animals have hooves.

63. The wine cask (goon sack) is an Australian invention

65. Durack, Australia’s biggest electorate, is larger in size than Mongolia.

66. The world’s first compulsory seat belt law was put into place in Victoria in 1970.

67. Each year, Brisbane hosts the world championships of cockroach racing.

68. In 1932, the Australian military waged war on the emu population of Western Australia. Embarrassingly, they lost.

69. Canberra was created in 1908 as a compromise when Sydney and Melbourne both wanted to be the capital city.

70. A gay bar in Melbourne won the right to ban women from the premises, because they made the men uncomfortable.

71. In 1992, an Australian gambling syndicate bought almost all the number combinations in a Virginia lottery, and won. They turned a $5m purchase into a $27m win.

73. In 1975, Australia had a government shutdown, which ended with the Queen firing everyone and the government starting again.
The then Governor General Sir John Kerr, acting on behalf of the Queen, fired Labour’s Gough Whitlam and installed Malcolm Frazer, a Liberal. In a famous speech, Whitlam said, “God may well save the Queen, but nobody will save Malcolm Frazer, from now on he will be known as Kerr’s cur.”

74. A bearded Australian was removed from a darts match in the UK, after the audience started chanting ‘Jesus!’ at him, distracting the players.

75. There have been instances of wallabies getting high after breaking into marijuana crops, then running around and making what look like crop circles.

76. An Australian man once tried to sell New Zealand on eBay. 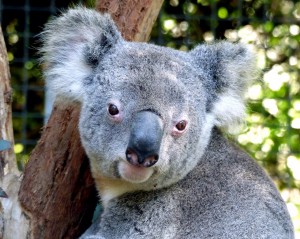 77. In 1940, two aircraft collided in midair, in NSW. Instead of crashing, the two planes became stuck together and made a safelanding.

78. The male lyrebird, which is native to Australia, can mimic the calls of over 20 other birds. If that’s not impressive enough, he can also perfectly imitate the sound of a camera, chainsaw and car alarm.

79. Some shopping centres and restaurants play classical music in their car park to deter teenagers from loitering at night.

82. There have been no deaths in Australia from a spider bite since 1979.

83. There is currently a chlamydia outbreak among koala species, which has led to a 15% drop in koala populations.

84. In NSW, there is a coal fire beneath the ground which has been burning for 5,500 years.

85. An Australian election TV debate was rescheduled so it didn’t conflict with the finale of reality cooking show Masterchef.

86. Chinese explorers travelled to Australia long before Europeans arrived. As early as the 1400s, sailors and fisherman came to Australia for sea-cucumbers and to trade with Indigenous peoples.

87. The first European to visit Australia was Dutch explorer Willem Janszoon, in 1606. More Dutch explorers visited the country over the next hundred years, plotting maps and naming it ‘New Holland’.

88. Captain James Cook first landed on Australia’s east coast in 1770.
In 1788, the British returned with eleven ships to establish a penal colony.
Within days of The First Fleet’s arrival and the raising of the British flag, two French ships arrived, just too late to claim Australia for France.

Thanks for explaining that Mark - I just learned something