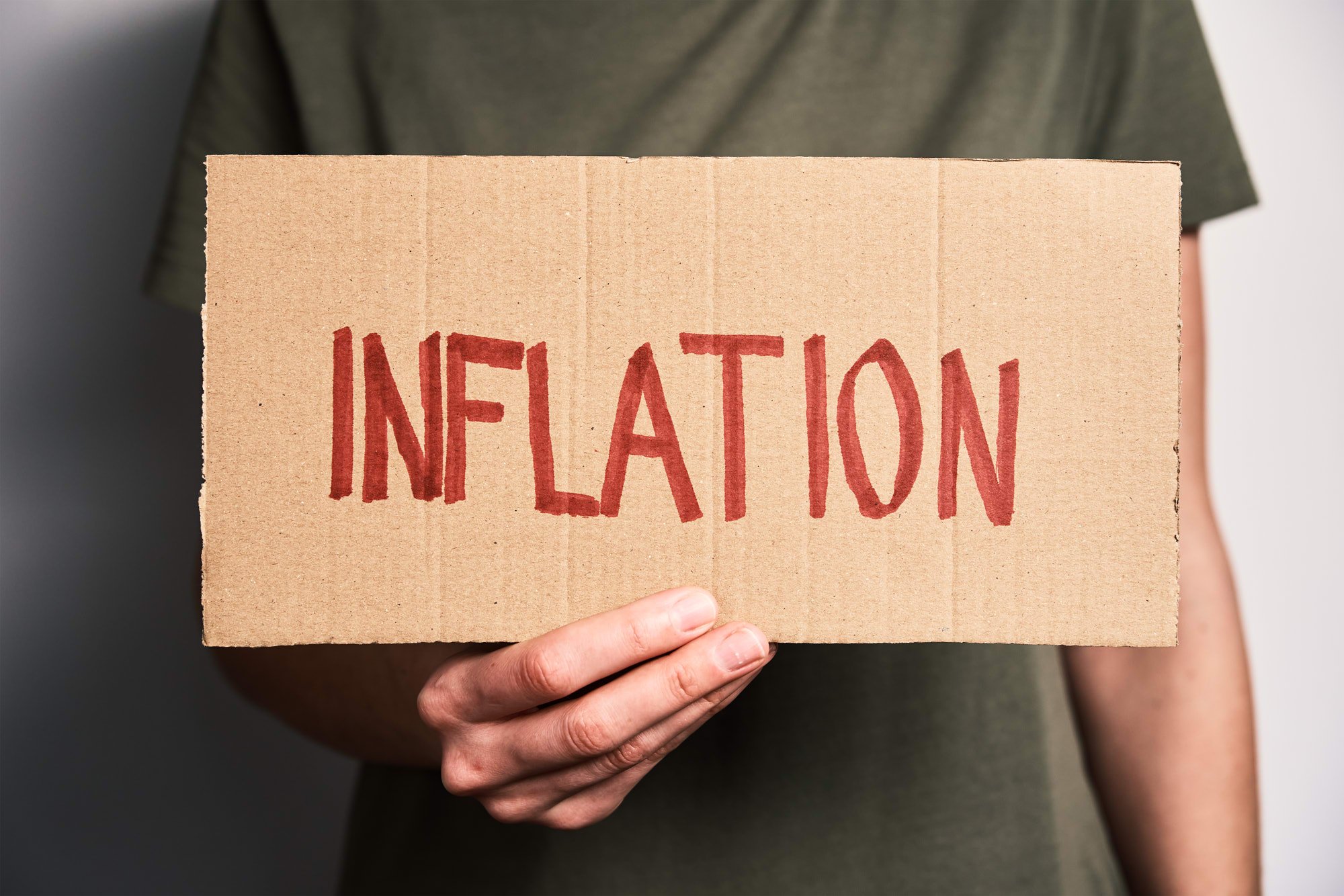 Government officials, experts, economists, and even the media are consumed by Australia’s surging inflation.

And it's not surprising given headline inflation is now over 5% for the first time since 2001, and isn’t showing any signs of slowing.

In fact, Reserve Bank of Australia (RBA) Governor Lowe recently appeared on the ABC and told us inflation will likely get to 7% by the end of the year and the bank will have no choice but to hike rates to help bring prices down.

At the same time inflation in the US has hit a 40-year high flagging concern that Australia will follow suit.

Not surprisingly the media was full of negative messages and consumer sentiment plummeted due to concerns about rising interest rates and the possibility of a recession. 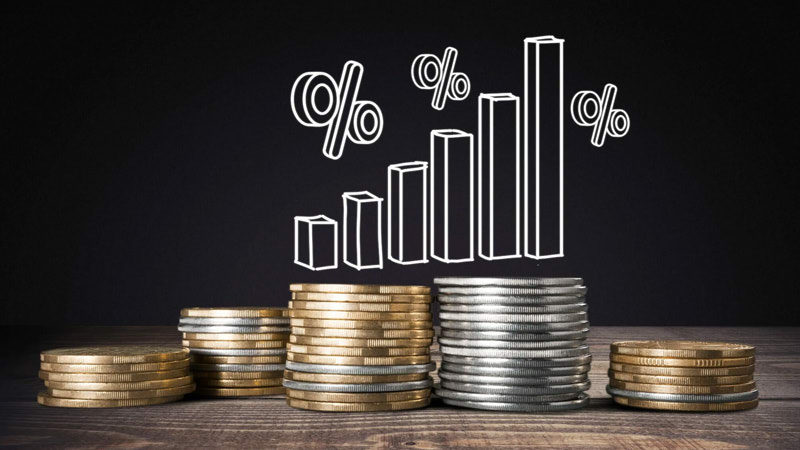 But as interesting as the topic is, sometimes all messaging can be as clear as mud.

Because talk about inflation is littered with jargon.

Or maybe some of these terms you’ve never heard of before at all.

Here is a list of the 12 key inflation jargon terms that you need to know right now.

Inflation is a persistent substantial rise in the general level of prices related to an increase in the volume of money resulting in the loss of the value of the currency.

But the only thing that affects the price of all items at all times and over a long period of time, is the volume of money.

What is key to understanding is that inflation itself isn’t something to be worried about.

Inflation is not only normal but also good for the economy.

It only becomes a concern when the amount of inflation is extreme.

And this is why inflation has become such a hot topic of conversation right now.

In Australia, the inflation rate accelerated to 5.1% in the first quarter of 2022 from 3.5% in Q4, surpassing market estimates of 4.6% and marking the highest reading since the introduction of the Goods and Services Tax (GST) in the early 2000s.

The surge has been driven by higher housing construction costs and higher fuel prices.

In other words, prices for goods in the first quarter of 2022 were 5.1% higher than in the same period last year.

That is the biggest increase in over a decade and significantly higher than the Reserve Bank’s 2-3% target.

And there is more to come - as I said, experts are pointing to inflation of 7% by the end of the year. 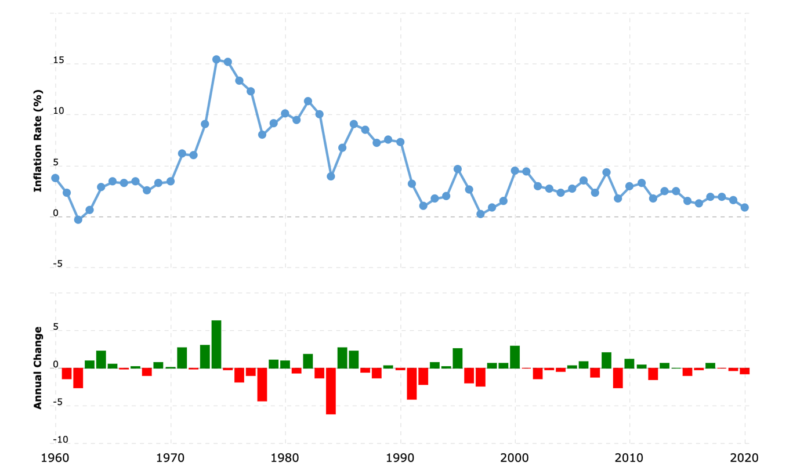 While headline inflation is calculated as the year‐on‐year change in the overall CPI compiled by the Australian Bureau of Statistics, the core inflation rate is the change in prices of goods and services excluding those in the food and energy sectors.

These sectors are excluded because they’re deemed to suffer from temporary price volatility which can skew the outcome.

Instead, experts look at the core inflation rate of more stable goods and services to get a better idea of long-term trends.

The Consumer Price Index (CPI) is the most well-known indicator of inflation in Australia.

It measures the percentage change in the price of a ‘basket’ of goods and services, including thousands of items that Australians typically purchase, sorted into 87 categories and 11 groups.

In Australia, the CPI is calculated by the Australian Bureau of Statistics (ABS) and published once a quarter.

To calculate the CPI, the ABS collects prices for thousands of items, which are grouped into 87 categories (or expenditure classes) and 11 groups.

Every quarter, the ABS calculates the price changes of each item from the previous quarter and aggregates them to work out the inflation rate for the entire CPI basket.

Deflation is the opposite of inflation and is when there is a sustained decrease in the average price level of goods and services.

Deflation is as undesirable as high inflation - no one wants to see the value of their assets go down.

Deflation tends to occur less often and for shorter periods than inflation - it’s usually something we’d see during times of recession or economic crisis.

The problem is it can lead to a downward spiral because companies respond to falling prices by slowing down their production, which leads to staff layoffs, higher unemployment, and salary reductions which further lowers demand and prices.

Disinflation is a temporary slowdown in the growth of the inflation rate.

Unlike inflation and deflation, which refer to the direction of prices, disinflation refers to the rate of change in the rate of inflation. 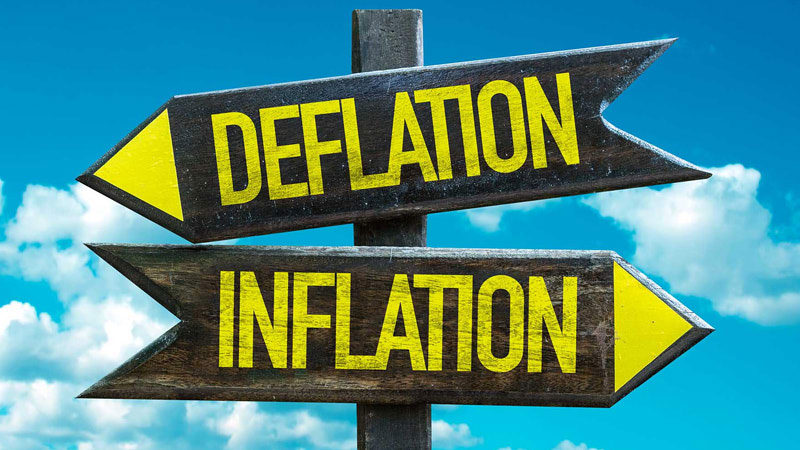 Hyperinflation is a rapid, excessive increase in prices in an unusual or out-of-control manner.

In extreme cases, this type of inflation leads to the collapse of the monetary system or even the economy, and there is no accurate numerical indicator of hyperinflation.

Hyperinflation is rare but it has occurred in some countries such as China, Germany, Russia, Hungary, and Argentina.

For example, in 2008, Zimbabwe had the second-highest incidence of hyperinflation on record.

The estimated inflation rate for Nov 2008 was 79,600,000,000% and came about as a result of the economy undergoing numerous economic shocks - high debt, export decline, and confidence drop.

The highest hyperinflation rate was Hungary in 1946 with daily inflation of 195%.

Hyperinflation can be extremely harmful to consumers if the cost of living rises considerably more than salaries, and the standard of living goes down.

The cash rate is a figure set by the RBA, representing the interest that lenders have to pay on unsecured overnight loans between banks.

It's a tool that the RBA can use to help control inflation.

By raising this benchmark interest rate which influences a wide array of other interest rates, like those on credit cards, auto loans, and mortgages, it becomes more expensive for people to borrow money to buy things.

This should, in turn, reduce the cost of goods and services, therefore reducing inflation.

In June this year, the RBA raised interest rates for the second month in a row, hiking the cash rate target by a larger than expected 50 basis points to 0.85%.

It is the largest monthly rate hike since February 2000 and now takes rates to higher than they were prior to the start of the COVID-19 pandemic.

In an effort to tackle Australia’s high inflation rate the RBA is expected to hike rates as high as 2.5% by the end of next year. 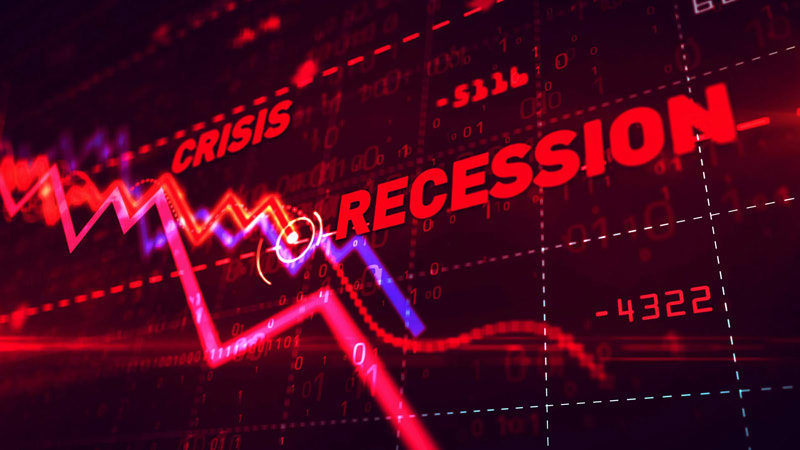 A recession is defined as two consecutive quarters of negative economic growth (GDP.)

In other words, there is a significant decline in economic activity, and this could last for months or even years and is usually associated with rising levels of unemployment, falling retail sales, and contracting measures of income and manufacturing.

While Australia has avoided a severe recession since the early 1990s, they are considered an unavoidable part of the business cycle— part of the regular sequence of expansion and contraction that occurs in a nation’s economy.

By raising borrowing costs to reduce inflation the Reserve Bank is deliberating on slowing down the economy.

But like with an airplane, you want a “soft landing”- not a crash - for the economy.

In other words, the Reserve Bank has started to raise the interest rate to cool the economy and rein in the sharp increases in consumer prices.

But it is a delicate balancing act.

Lowering demand too much could push the economy into a recession.

The supply chain is the entire process of producing and transporting goods, from raw materials to factories to your front door or shopping cart.

When the supply chain gets clogged up somewhere along the way a “bottleneck” is created, and whatever’s stuck on the wrong side of the bottleneck can become more scarce and expensive on the other side, contributing to higher inflation. 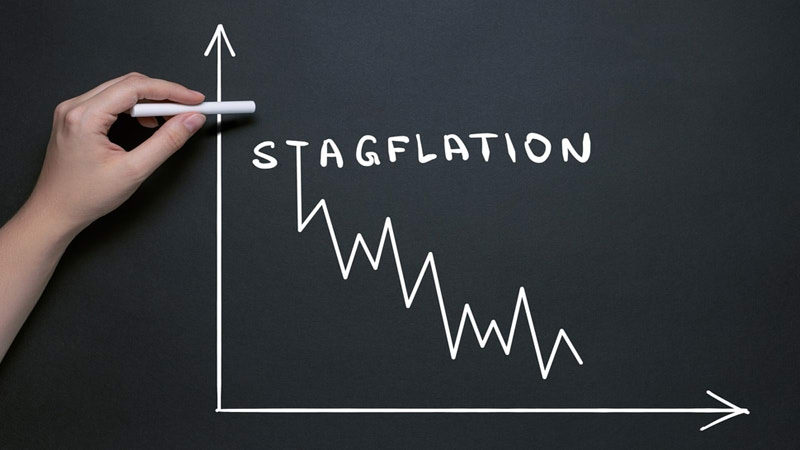 In other words, the inflation rate is high, but the economic growth rate slows, and unemployment remains steadily high.

As the current war in Ukraine drives up the prices of commodities such as wheat and oil, exacerbating what is already a trend of rising inflation in much of the developed world, bank traders and some other market commentators have highlighted stagflation as a potential global risk.

Transitory inflation, as the name suggests, is inflation that experts expect is only temporary before returning to normal.

Now we know what inflation is and the jargon around it, let's take a quick look at why this is all happening.

Inflation is chiefly caused by either money supply or pressures on either the supply and demand side of the economy pushing up prices or both.

Supply: This is cost-push inflation which generally means prices rise in response to higher costs of production, materials, or even wages.

The demand for goods is unchanged while the supply of goods declines due to the higher costs of production.

Put simply, companies are faced with increased input costs so increase prices to maintain their margins.

Demand: Likewise, inflation can also be caused by strong consumer demand for particular products or services. 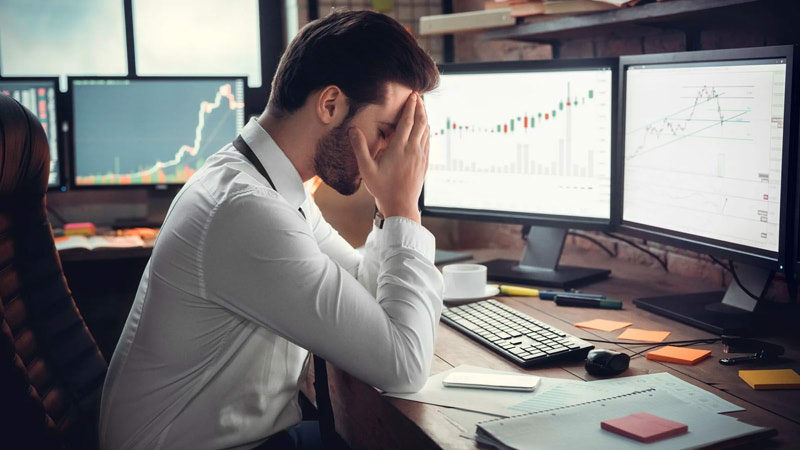 Should property investors be worried about inflation and rising interest rates?

We have now entered the next phase of the property cycle, one where the market is cooling, and prices are adjusting.

While property prices will correct in some locations, there will not be a property “crash” as some commentators are predicting.

After all, unemployment is low, mortgage stress is low, the risk of rising interest rates is low (recent borrowers would have had to go through stringent lending hurdles to prove they could cope with rising interest rates) and around 50% of homeowners own their home outright… and the remainder has substantial equity.

As far as I’m concerned, the property market is stable and will continue to be.

Sure, some who recently purchased a property and haven’t experienced market cycles may find the current market conditions concerning.

But they should take comfort in the fact that property corrections tend to be short-lived, and the Reserve Bank doesn’t want the housing market to crash– it wants that about as much as it wants another strain of Coronavirus. It's likely that the current situation of high inflation and rising interest rates is going to be short-lived, and the Reserve Bank has already hinted that it may need to lower interest rates in 2023 once it has brought inflation under control.

This means there is a short window of opportunity for property investors who have a long-term focus to take advantage of the markets at present.

This is a great time to get all your ducks in a row, allow our team at Metropole to build you a personalised Strategic Property Plan, and then for you to take appropriate action depending on your circumstances and not be dictated to by the market.