If, like most readers of my blog, you live in Australia you’ll know we live in the best place in the world.

Sure we’ve got our problems, but one thing we don’t have according to the World Economic Forum is rampant corruption.

Poorly equipped schools, counterfeit medicine and elections decided by bribes are just some of the consequences of public sector corruption. 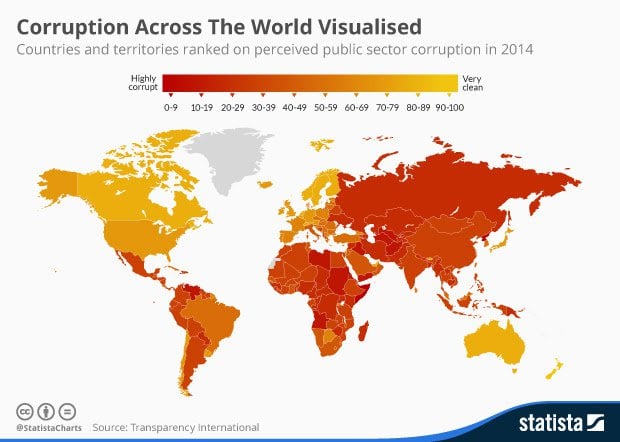 'What are the world’s least corrupt nations? [infographic]' have no comments