Last week the IMF revised its 2014 global economic growth forecast down to 3.3% from the 3.7% expected six months ago, confirming that most economies around the world, Australia included, continue to underperform relative to pre-crisis trends.

This has implications for next month’s G20 meeting in Brisbane for it means significantly less worldwide poverty reduction, lower incomes and higher unemployment than previously anticipated.

In the five years leading up to the 2008-10 North Atlantic banking crisis average world economic growth was around 5% per annum, whereas growth since then has averaged 3.5%.

Why then is world growth not what it used to be?

There are several reasons.

First, China’s pre-crisis average growth rate of around 10%, which saw it displace Japan as the number two economy in the world after the United States, could not go on forever. 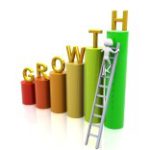 In all of recorded history, no major economy ever grew like China did over that time.

Indeed China’s miraculous growth arguably sowed some of the seeds of the North Atlantic banking crisis that followed as the high saving China generated under its undervalued exchange rate over this time created huge current account imbalances and put downward pressure on world interest rates.

In turn, this led to dodgy over-lending, especially for housing in the United States, which ended catastrophically for poorly supervised US banks.

Second, in light of this experience, banks have ceased to lend as freely as before, either due to increased regulation or greater aversion to risk which, especially in OECD economies, has impeded business investment, a key driver of growth.

Third, although trade protectionism has not proliferated thanks to G20 actions to the extent that it did during the 1930s when it worsened the Great Depression, international trade restrictions have increased post-crisis nonetheless via less transparent measures, such as anti-dumping actions and countervailing duties. Limiting international exchange limits world growth.

Lastly, due to bank bailouts, recession induced revenue losses and deliberate fiscal stimulus measures in response to the GFC, most advanced economies (notably the US, UK, the Southern European economies and Japan), have historically high public debt levels.

Encouraging worldwide fiscal stimulus on a very big-size-fits-all basis was contentious at the time and is the most serious policy mistake the G20 has made to date.

During 2008-10 Australia was one of the most enthusiastic global participants in a government spending spree designed to ensure Australia did not enter recession.

But fiscal profligacy in response to the banking crisis contributed to the subsequent public debt crises that erupted in numerous advanced economies, notably Greece and other Southern European economies.

The public debt legacy of excessive fiscal stimulus at that time still stymies economic growth here and abroad because it represents a future tax obligation which makes households reluctant to spend on consumption and business reluctant to invest.

The inclination of governments to reduce budget deficits by raising taxes rather than trimming unproductive spending, such as industry assistance, has compounded the fiscal drag on global growth.

Over its relatively short life the G20’s main raison d’etre has been internationally co-ordinated macroeconomic policy. Borne out of crisis, the G20’s agenda from the outset has emphasised aggregate demand management issues.

Although important financial stability issues have also been addressed, economies’ supply sides have largely been ignored. Yet it is from this source that all production and employment emanates.

At the G20 leaders’ summit in Brisbane next month the G20 is expected, rightfully and not before time, to focus on improving economies’ supply side performance by addressing input and product market inflexibilities, including employment-destroying labour market rigidities to boost productivity.

Infrastructure spending may not be the answer

Infrastructure will also figure largely on the agenda.

Infrastructure influences an economy’s aggregate demand and supply sides by increasing demand through investment, while simultaneously adding to the capital stock. 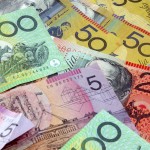 Importantly for international borrower economies like Australia however, infrastructure spending has to yield a return greater than foreign borrowing costs as a condition for it to raise national income (as I show more formally in this paper).

The economic benefits of large infrastructure projects also need to exceed their costs before being approved by governments.

Spending big on infrastructure without significantly improving productivity at the same time is not macroeconomically risk free.

Reaching agreement on how member economies can improve their productivity will be the G20’s biggest challenge next month.

Lifting productivity would be far more effective than spending up on marginal infrastructure projects as a way of achieving stronger, durable growth, an objective that’s now become more pressing for a languishing world economy.

'The world has an economic growth problem, and more G20 spending won’t fix it' have no comments