This week the Reserve Bank meets for the first time in 2017 to decide its opening monthly stance on official interest rates.

The odds for a February rate cut remain higher than the more likely continuation of the steady-as-she-goes approach of recent months.

However the case for a cut by the Bank sooner rather than later has clearly strengthened. 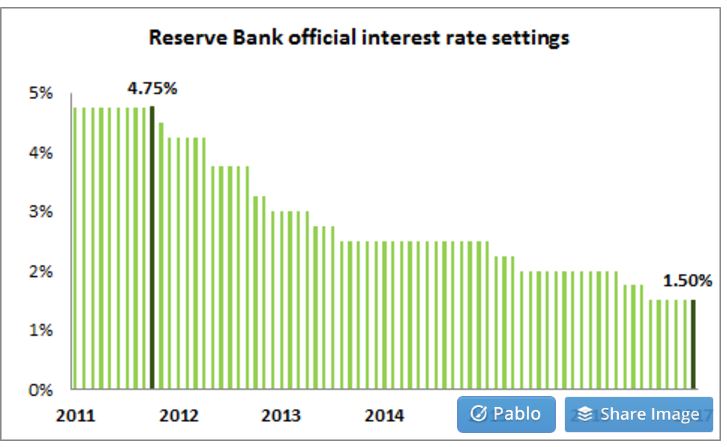 Latest ABS data reports that the national jobless rate increased to a six-month high of 5.8 per cent seasonally adjusted over December.

Rising underemployment is also indicated by the number of full-time jobs in Australia falling by 33,172 over 2016.

Every state recorded an unemployment rate above 6.0 percent over December with the exception of the largest employer NSW with a rate of just 5.2 percent.

The previous booming resource economies of WA and QLD have jobless rates of 6.6 per cent and 6.2 per cent respectively with the latest WA result a steep rise from the 4.5 per cent recorded over December 2013.

December ABS retail spending data was also disappointing falling by 0.1 per cent seasonally adjusted over the month with the annual monthly growth increasing by just 3.0 per cent – the lowest result for six months.

The latest ABS national economic growth data is clearly sobering with GDP falling by 0.5 percent over the September quarter – the first decline since March 2011 and the sharpest since December 2008 during the GFC.

Although the odds are firming that Australia will narrowly escape its first recession since 1991, it will nonetheless still be a close call with the result regardless a sobering reflection on the current state of the national economy. 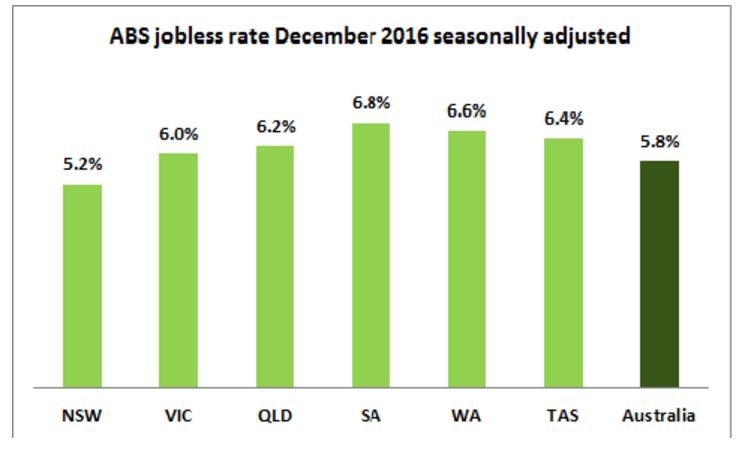 Despite the December rate cut by the US, the Australian Dollar remains stuck in the mid 70’s which continues to act as a brake on potential local trade performance that nonetheless has improved recently on the back of strengthening of volatile commodity prices and increased export demand for resources.

Our local interest rate settings remain at a significant premium compared to general international levels which continues to attract unwelcomed support for our currency.

The market has however started to track backwards recently shedding some of the gains of last year.

Unlike most other international stock markets that are at or near record levels, the Australian All Ords Index remarkably still remains 16 per cent below its previous peak recorded nearly 10 years ago in 2007.

Home building has been a key driver of national economic activity in recent years spurred on by lower interest rates facilitating burgeoning demand.

Latest ABS data however indicates the recent housing construction boom is fading with the supply cycle clearly on the wane in most capitals. 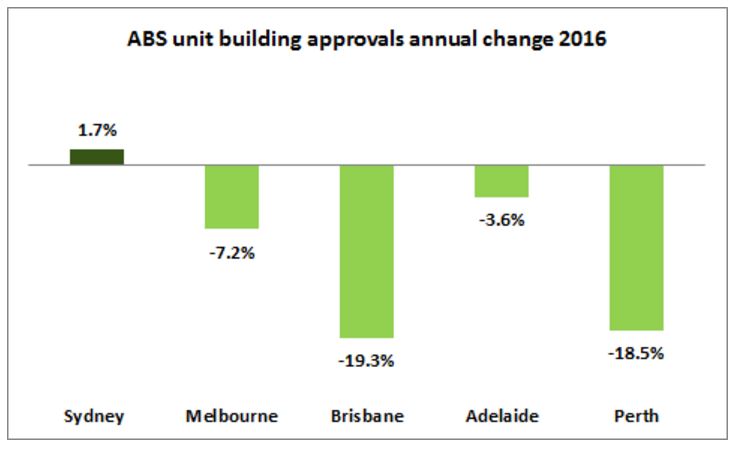 Similar to home building, non-residential construction has declined over the past year with the December quarter value of approvals down by 7.1 percent compared to the same period the year before.

Any discussion regarding interest rate settings inevitably and somewhat peculiarly includes an analysis of house prices and the possible impact of rate changes on housing market stability and notions of affordability.

The 2016 Sydney median house price increased by just 4.4 percent compared to the previous year which was sharply lower than the 15.6 percent annual growth rate recorded over 2015.

Melbourne recorded the strongest annual growth rate through 2016 at 7.4 percent which again was below the 8.9 percent it recorded the previous year.

Most capital city housing markets have reported benign prices growth in the current interest rate easing cycle that commenced at the end of 2011.

Over the past five years annual real house price growth has averaged below 2 percent in all capitals except Sydney (10.0%) and Melbourne (4.6%). 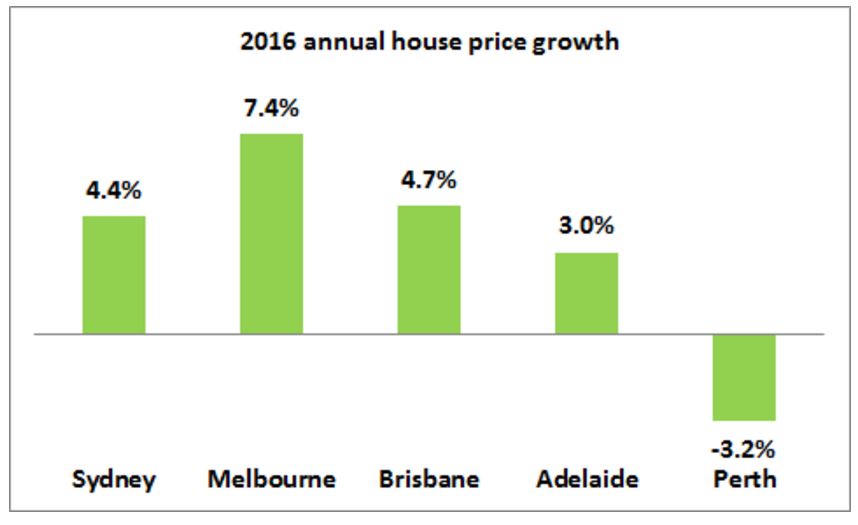 Ongoing concerns and debate regarding supposed overheating housing markets and possible economic consequences continue to be misguided and largely irrational.

More realistic concerns are that policy settings at any level should be held hostage to a debate over the sustainability and acceptability of million dollar plus house prices in Sydney.

And then there are relentlessly rising rents for tenants…

Perceived housing market risk and concerns over maintaining profit levels have been catalysts for recent increases in mortgage rates and a tightening of lending practices by banks which will act to moderate housing demand and also dampen economic activity.

Given the underperformance of the economy, there is an emerging disconnect between the bias of official interest rates and the direction of bank mortgage rates which will act to dilute the economic impact of official monetary policy.

The Reserve Bank began 2015 with a February interest rate cut and although the odds are certainly heavily stacked against a repeat of that pre-emptive strike this year, don’t be too surprised if the Bank does decide to act similarly – particularly given the political uncertainty currently swirling through international markets.

Regardless, the Bank, along with many Australians, intently await the release of the December quarter GDP numbers by the ABS on March 1st that will reveal whether Australia has escaped or entered its first recession since the dark old days of 1991.

The very notion that this remains a live possibility surely says it all about the underlying weakness of the Australian economy.

'Will Reserve Bank cut rates – Should they?' have no comments