What’s happened to the great Australian dream of everyone being able to own a home to call their own?

Well…according to new research revealed in the Household, Income and Labour Dynamics in Australia (HILDA) Survey, based on current trends, fewer than half of 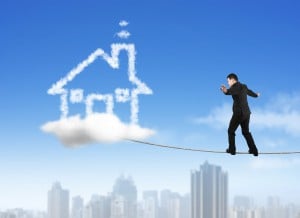 all Australian adults will own their own homes in 2017.

And if I’ve done my sums right – that’s next year!

Report author, Professor Roger Wilkins, from the University’s Melbourne Institute, says that the high cost of real estate was putting pressure on younger generations, while older generations benefited from the large increases in house values.

He says between 2001 and 2014, owner-occupied houses have declined by 3.5 percentage points, which translates to 700,000 Australian homes.

And it is likely that in the next few years less than half of adults will be homeowners. 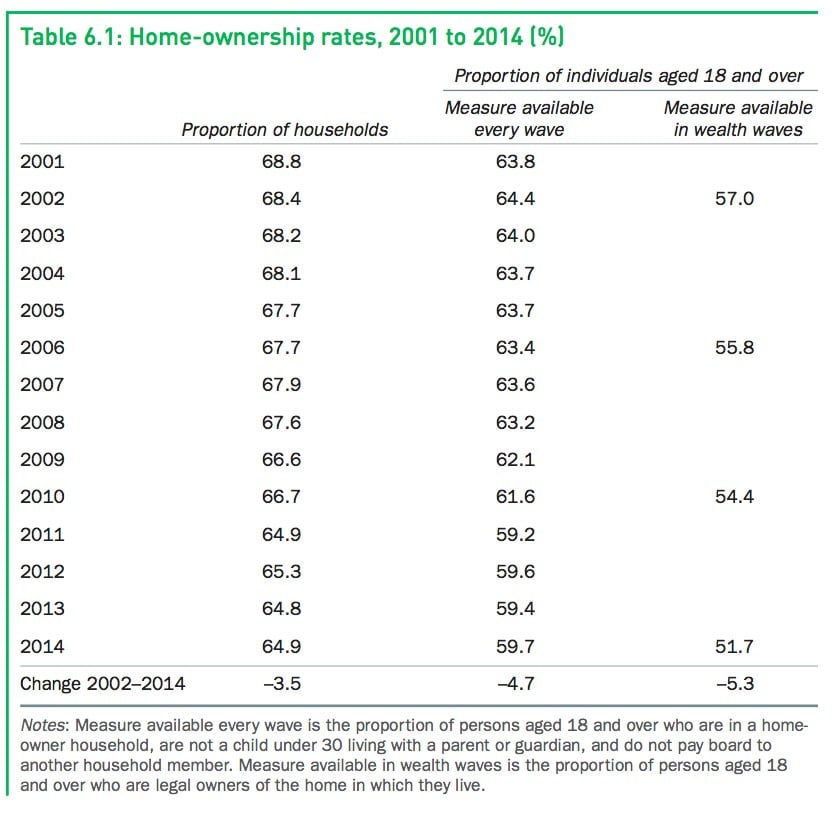 There’s no denying that the survey results above show a slow but steady decline in the proportion of households that are homeowner households and while housing affordability may have played a part in this, one has to also consider the possibility of fewer people choosing to buy a home.

What are Gen Y up to?

While it seems that the Great Australian Dream of home ownership is alive and well in older generations, perhaps it’s not resonating as strongly with Generation Y in particular, who are choosing to delay home ownership due to tertiary education and/or travel considerations.

The report also found that rates of home ownership have tended to decline in all parts of Australia, but the extent of decline varies. 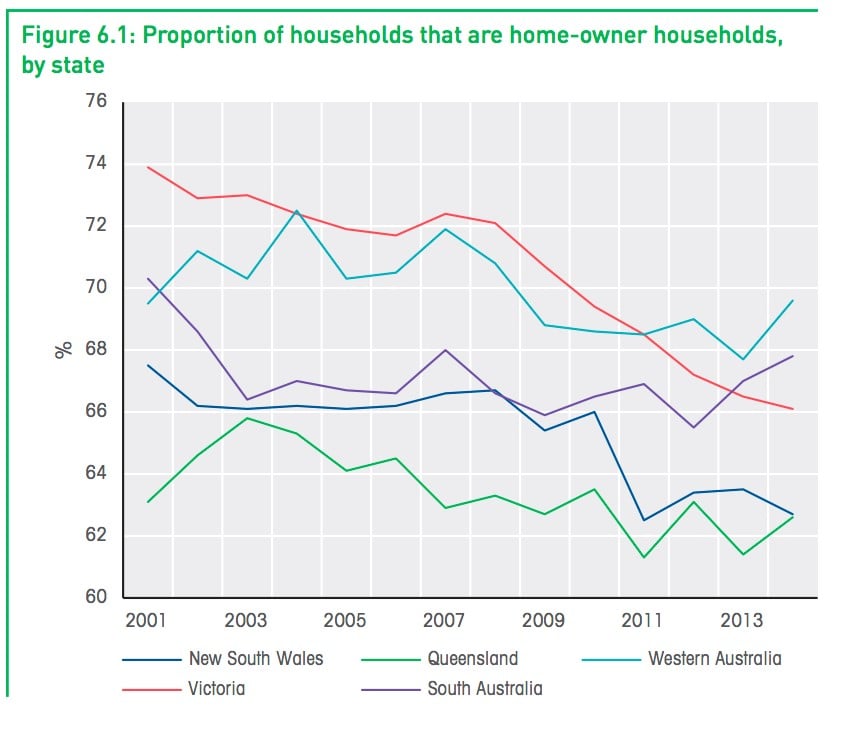 The researchers found that while home ownership rates have fallen more rapidly for younger age groups, there was essentially no change in home ownership among those aged 65 and over.

Not only was that time period in the midst of the GFC, when unemployment increased and job security decreased, but it was also a time when many State Governments decided to remove any financial support for first homebuyers of established properties.

Previously the First Home Owners Grant was available to first-time buyers of all residential property, but this began to change when state governments indicated they wanted to provide additional stimulus and support to the construction sector.

The grant was restricted to first homebuyers of new properties, even though the vast majority (somewhere between 70 and 80 per cent) of first-time buyers opt to buy established property, mainly due to affordability factors.

While I can understand why State Governments want to stimulate the construction sector, being an important part of our economy, they should also be aware of what impact the removal of the grant for established properties had on the ability of young people to buy their very first property.

It’s also worth considering the impact that the grant stimulus had on on new construction leaving us in a position of a severe oversupply of new units in many of our capital cities.

The report also found a widening gap between the young and the old.

The wealthiest households in the country are couples over 65, who have experienced a real increase in median net wealth of almost 70 per cent since 2002, and this has a lot to do with their higher rate of home ownership and their higher levels of superannuation.

“Older households are much more likely to be home owners and also to own investment properties as well.

“Wealth has grown very strongly for older Australians, particularly those aged 65 and over.

“Since 2002 their average levels of wealth have grown in real terms by over 60 per cent.” 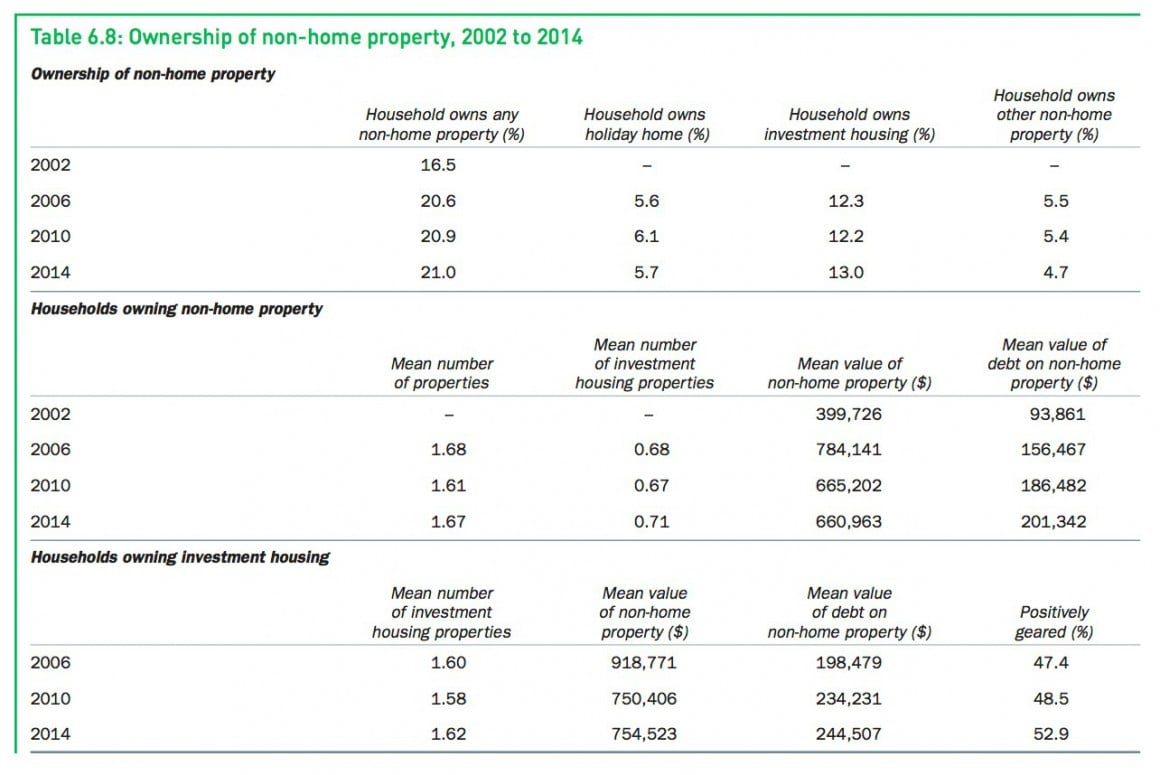 These statistics are particular interesting given we’ve just had much debate and scare-mongering during the Federal Election campaign about rampant investor activity, when in fact the number of investors appears to have remained somewhat static, according to this survey. 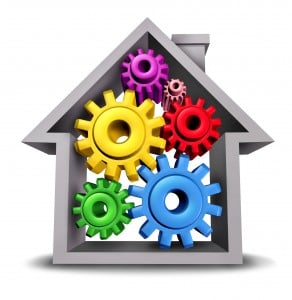 However, it will be interesting to see what the the next survey finds a the overall number of investors was widely reported to increase in 2015 (after the current survey period ended.)

Another interesting insight from the report was an increase in the number of investors who reported positive net rental income on their properties—that is they were positively geared.

Of course, this probably reflects the low level of interest rates in 2014 compared with 2006, but is a useful indicator of the reality of property investment ownership over the past 15 years. 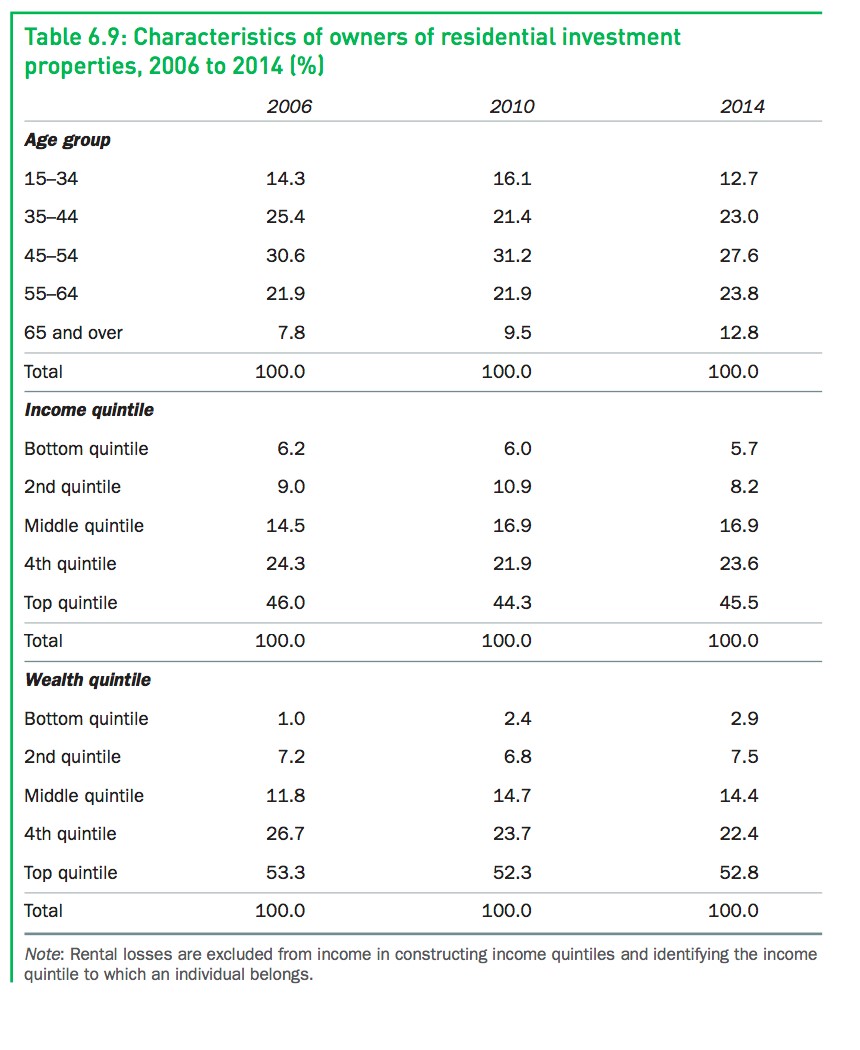 What’s different about this survey?

The important distinguishing feature of the HILDA survey is that about 17,000 Australians are interviewed yearly for to create a comprehensive picture of the nation, spanning topics that include household finances, employment, family life and health.

For 15 years the same households and individuals are interviewed every year, allowing researchers to see how their lives are changing over time.

What does this mean for you? 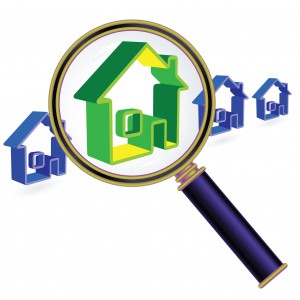 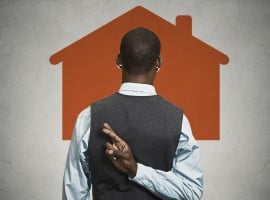 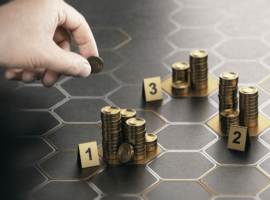 'Will less than half of all Australians be homeowners by 2017?' have 1 comment