I’ve been making the point here for some time that it should no longer be a question of whether or not Asian capital is impacting Australia’s real estate markets.

That would be like debating whether le Tour cyclists have taken performance-enhancing drugs when we know full well that they have. 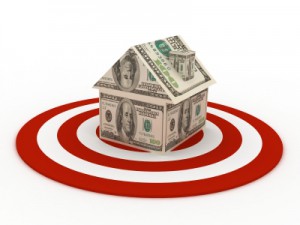 The questions should rather be:
“How widespread is the phenomenon?
Exactly what impact is it having?
What, if anything, should be done about it?”.

Investment from overseas, particularly from China, is impacting our property markets, and the volumes are projected to mushroom in the years ahead.

Any lingering doubts have been erased by the number of enquiries and anecdotes rising to levels which cannot be dismissed.

If you believe that Chinese investment in Australia is likely to be a passing fad, think again.

China is transitioning through unprecedented and irreversible political, demographic and economic shifts which should not be underestimated.

The popularity of Australia as a destination for investment is mirrored by the recent snowballing of the number of short term arrivals from China, Hong Kong and Taiwan.

The ABS data series has been on pause for some months now, but by the time the 2015 data rolls around it seems inevitable that there will be close to 1 million Chinese visitors in this calendar year

In recent months the number of Chinese tourists visible in Brisbane has been astonishing, particularly so given that the summer months have long since passed.

Perhaps more tellingly I’ve seen coach-loads of Chinese tourists out in the Blue Mountains to the west of Sydney, and even on the New South Wales south coast some hours away from the capital city.

This would have been unthinkable only a decade-and-a-half ago.

Word has it that Hobart has also seen a record Chinese tourism spend over the past year.

This is instructive since there is a link between short term tourist arrivals and long term investment in Australia, albeit an oblique one.

Since October 2014 the Chinese yuan has strengthened by around 9 per cent against the Australian dollar.

Or, put another way, Australian assets have become 9 per cent cheaper.=

Doubts about the potential scale of Chinese investment in Australia real estate were shattered in the last fortnight as even the officially recorded data revealed that China has roared to the top of the charts in terms of real estate approvals.

In the residential space more than half of foreign investors in Australian property (53 per cent) tend to favour buying low maintenance apartments according to a recent NAB survey.

NAB has also estimated that more than a third of dwellings acquired by foreign investors are established properties, while some 70 per cent of investments are of the value of AUD $1 million or less.

Competition for development is having a dramatic effect on land prices in Sydney and Melbourne and these trends have also helped to catalyse a record number of high-rise building approvals as new apartments can easily be sold to a ready-made offshore market.

A new report released by Credit Suisse yesterday revealed that an expected $60 billion of capital is expected to be tipped into Australian housing by Chinese investors by 2020, more than double the amount invested over the preceding six years of $28 billion.

This follows on from a thumping 60 per cent annual increase in Chinese investment in Australian residential real estate in the fiscal year 2013/14 to $8.7 billion.

To date Chinese investment has been overwhelmingly focussed on the most familiar capital city property markets of Melbourne and Sydney, with around 80 per cent of foreign investment hitting Victoria and New South Wales.

Human nature dictates that remote investors favour investing in locations which they have heard of and thus feel most comfortable with.

By way of a tenuous example, as an Anglo-Aussie 8 years ago I bought an investment property in Bondi.

While the purchase was based upon some science being located close to the train station for the city, at least part of the reasoning was based upon the fact that all Poms know and thus to some extent feel familiar with Bondi.

In the event dwelling prices have boomed in the area, outperforming property price growth in almost all of the locations being recommended at that time by “property experts” by a factor of many (which probably says something about the reliability of property investment advisers and their crystal ball gazing).

A huge percentage of foreign investment in UK property is focussed upon London.

Not dissimilarly Chinese investment in Australian property has been centred squarely upon the two most populous capital cities to date.

However, the Victorian government may have shot itself in the foot quite spectacularly through the announcement of a proposed 3 per cent stamp duty surcharge and additional land tax on foreign investment in property.

While not yet finalised the proposals are unlikely to be much of a revenue raiser, instead pushing foreign investors towards Sydney thus redoubling the impact of foreign capital in the harbour city.

Investors frequently think emotionally rather than rationally, and these proposals send an unwelcoming message to foreign investors that their capital is not wanted in Melbourne.

The Credit Suisse report estimates that the number of Chinese USD millionaires will continue to increase at a rate of 14 per cent per annum, thus more than doubling by the end of the decade to 2.6 million.

To put that in context this number is considerably larger than the entire population of Greater Brisbane.

With an estimated $60 billion of investment in Chinese investment alone over the next six years in Australian housing, only a blockhead could believe that this won’t have a distorting impact on Australian property markets.