What does labour force indicate?

Why the low current unemployment rate is not as good as it seems?

These and other questions were raised and answered by Dr Shane Oliver, Head of Investment Strategy and Economics and Chief Economist at AMP in his recent Insight. 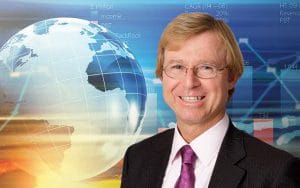 The employment market is critical to the outlook for both interest rates and economic growth in Australia.

People with jobs spend money, have greater confidence to take on loans and invest.

They feel better about their financial position and prospects.

It is perhaps why there is a lot of emphasis is placed on employment conditions.

In fact, the labour force is such a critical indicator that the Reserve Bank of Australia (RBA) puts a considerable amount of focus on employment factors when thinking about interest rates.

Full employment can increase wage pressures, which is a major determinant of price pressures.

That’s when the RBA is likely to tighten monetary policy.

There’s also the not incidental fact that the central bank, by its mandate, must try and achieve full employment.

So, when the unemployment rate falls for the tenth consecutive month, to its lowest rate since November 2008, surely the alarm bells must be ringing at the RBA.

Wages, and therefore inflation, must surely be on the rise?

The answer in short is no.

The labour force figures released by the Australian Bureau of Statistics (ABS) shows the unemployment rate fell to 4.5% in August, from 4.6% in July.

It was 7% in October last year.

However, beneath the surface, the underlying figures are not as positive.

Employment fell by 146,300 in August, or by 1.1%, notwithstanding the lower unemployment rates.

Employment in New South Wales (NSW) plunged by 4.2%, although this was partly offset by a 0.8% rise in Victoria.

There were job losses across the board.

As you keep delving into the detail, the labour force figures keep looking worse.

However, we are still to see the full impact of the restrictions.

That’s because the reference week for the August survey ended on the 14th of the month, just after Victoria’s current lockdown started.

It means the ABS figures have not included the full impact of the Victorian lockdown.

Victoria is likely to follow NSW with a sharp fall in jobs and further drop-in hours worked when the September figures are released.

The participation rate, which measures the number of people looking for work, fell 0.8% to 65.2%.

COVID aside, the participation rate hasn’t been that low since the second half of 2018.

It’s likely that the participation rate is lower as people gave up looking for work in the lockdowns. 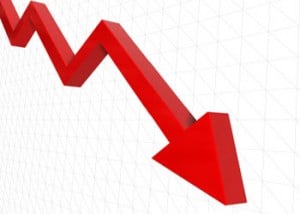 This was driven by NSW which saw the participation fall by 2.5%.

The decline in participation was yet again more concentrated in women than men.

Consistent with the decline in hours worked, underemployment rose from another 1% to 9.3%.

This was the key contributor in pushing the labour underutilisation rate higher to 13.8%, which measures underemployment and unemployment.

A final factor is that as a result of lockdowns, the number of workers on zero or reduced hours continued to rise.

So, would it be wrong to read much into the further decline in the unemployment rate?

That compares to a peak in the effective unemployment rate of around 15% in 2020.

Going forward, we expect to see the full impact on employment of the Victorian lockdown.

There’ll also be more weakness in NSW as more workers go beyond being stood down for four weeks, and so are no longer defined as employed by the ABS.

The bottom line is that around another 150,000 jobs will be lost in September, and it’s likely that there will be a sharp fall in hours worked.

Nonetheless, given the plunge in participation with the potential for more to come, it’s possible that unemployment may not rise much from here.

As Mark Twain put it: “There are three types of lies: lies, damn lies and statistics.”

Whatever the official ABS unemployment rate is, the jobs market is being hit hard again by the lockdowns with more bad news expected to come.

A rebound in participation once reopening occurs may act to keep the unemployment rate higher than otherwise anticipated through to next year. 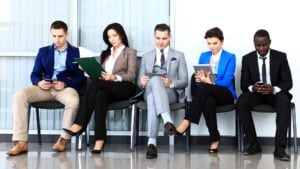 On a more positive note, though these recent lockdowns, job listings and business employment intentions have held up better than was the case during 2020’s national lockdown.

Perhaps this is a reflection that employers are confident on a reopening later this year driven by vaccinations and fear a return to the tighter labour market conditions that prevailed around the middle of this year.

This is reflected in our Jobs Leading Indicator holding up better than during last year’s lockdowns.

It should aid the recovery once reopening gradually starts from October as vaccine targets are met, COVID permitting.

It likely reflects the confidence that government support will work, people have found better ways to work and live with lockdowns, and the rapid rise in vaccinations and reopening roadmaps are providing hope.

Employment may bounce back reasonably quickly once lockdowns end.

Coming back to the RBA.

Our view hasn’t changed much.

We are unlikely to see any significant changes in policy from the RBA out to February 2022, at which point we expect the RBA to continue with bond-buying at $4 billion a week for another three months as it’s doubtful the economy will have recovered quickly enough by then to commence a further tapering.

And rate hikes are still a long way off.

Job vacancies have fallen 9.8% amidst lockdown

Survey: 40% of employees are thinking of quitting their jobs